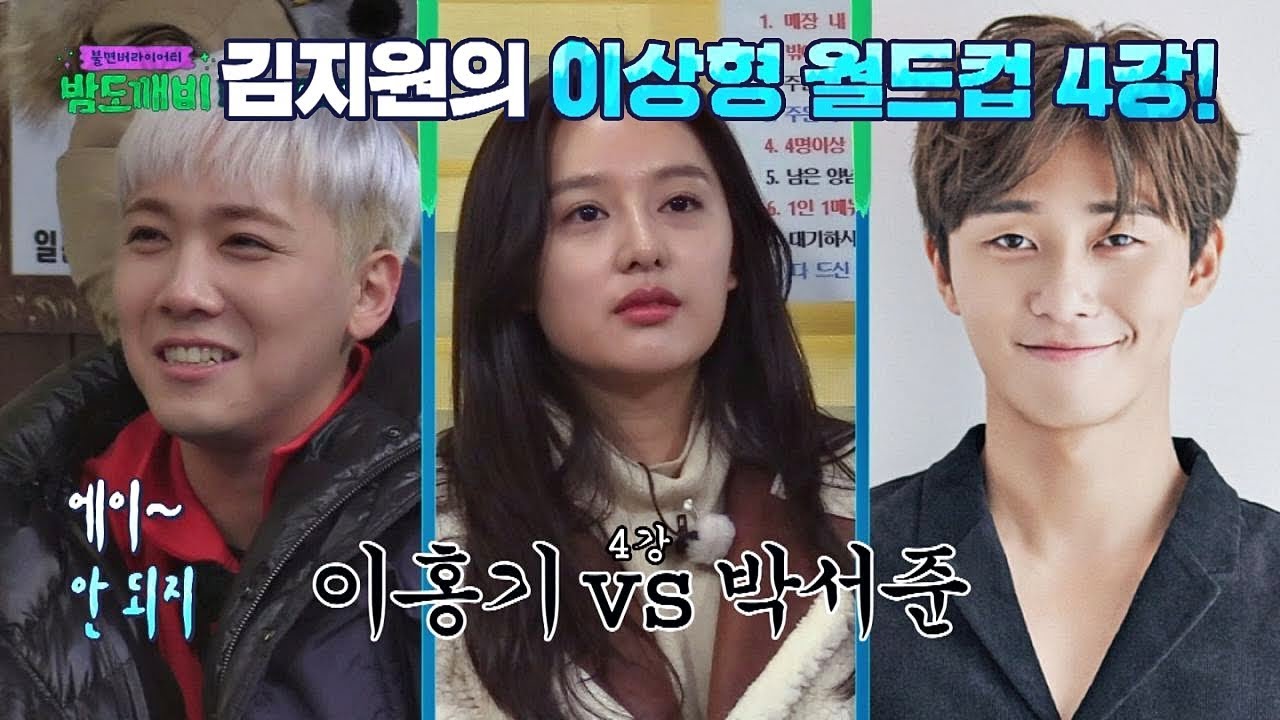 Kim Ji Won chose her ideal type from her co-stars and the cast of “Night Goblin”!

On the January 28 episode of JTBC’s “Night Goblin,” Kim Ji Won appeared as a guest and visited popular spots in Seoul with the cast members.

Kim Ji Won played a game of “Ideal Type World Cup,” where she had to choose her ideal type from her past co-stars and from the cast of “Night Goblin.”

In the next round, Kim Ji Won was given the choice between her former co-stars Kim Myung Min and Oh Dal Soo from the film “Detective K: Secret of the Living Dead.”

The actress chose Kim Myung Min and began her explanation, but the cast members quickly cut her off by saying, “We’re not listening to your reasoning!”

From the “Night Goblin” cast, Kim Ji Won chose Lee Hong Ki over NU’EST’s JR, and Lee Soo Geun over Jung Hyung Don. Cast member Park Sung Kwang was excluded from the list. Hilariously, the disappointed comedian asked, “Am I not even included in the candidate list?”

Kim Ji Won
Night Goblin
How does this article make you feel?