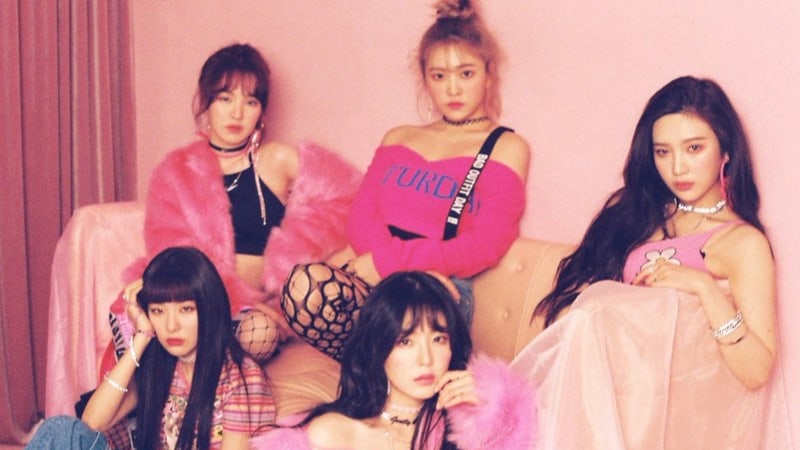 Red Velvet Members Reveal Their Wishes + Look Back On 2017

On January 29, Red Velvet held an event, “The Perfect Red Velvet Night,” to commemorate the release of their repackaged album.

The event, hosted by special MC and Girls’ Generation member Hyoyeon, was broadcasted through V Live. The first part of the show included fun segments for the members and the fans.

A corner called “Red Velvet by the Numbers” looked back at the group’s promotions over the last year, such as their first solo concert on August 18, 2017, their 28 V Live broadcasts, and 15 wins on music shows. Joy commented, “I still get overwhelmed with emotions when I think about our first concert. I want hold another one and have fun with our ReVeluvs.”

Out of their many V Live broadcasts, the members chose their most memorable ones. Yeri said, “The broadcast we did while waiting during a music program was memorable.” Irene added, “While we were waiting, Yeri and Seulgi did a snack mukbang [eating broadcast] and it was really cute.” Seulgi praised Yeri and commented, “Yeri is the member who communicates the most with the fans,” which was met with loud cheers from fans. Yeri shyly replied, “What are you cheering for?” 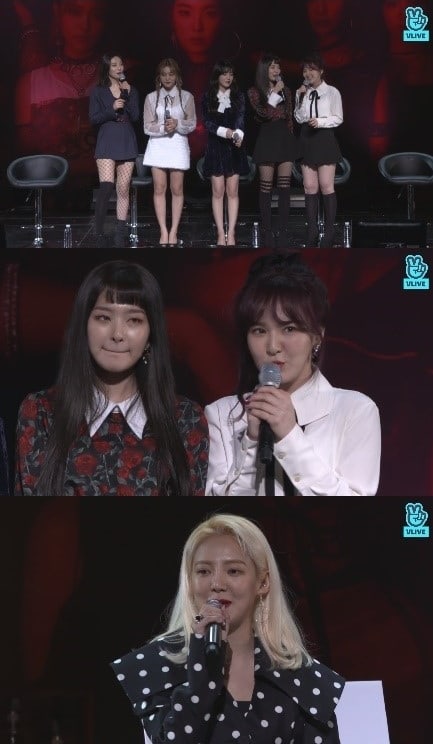 During another corner, the “Red Velvet Awards,” the group watched the top 10 videos that were created by their fans such as reactions, song and dance covers, and a remix of “Red Flavor” and “Russian Roulette.” They also watched YouTube creator Roseha—who many have said looks like a mix of Irene and Taeyeon—’s video of Irene’s makeup, and said they got chills and were surprised at their fans’ skills.

Red Velvet opened the second part of “The Perfect Red Velvet Night” event with a performance of “Peek-A-Boo.” After the stage, the members remarked they saw that “Bad Boy” reached No.1 on realtime music charts and thanked their fans.

In a Q&A session with fan-submitted questions that followed, Red Velvet members shared their wishes. Seulgi answered, “I want my own room,” to which Yeri strongly agreed to. Joy replied, “I want to have steel-like strength.” Wendy revealed, “I want to go on a trip for two nights and three days with our fans” which earned a strong reaction from fans. Irene said she wanted to go on a trip with the members.

With their wishes on the line, they played the phone game Superstar SM, and Seulgi came in first with the highest amount of points. Red Velvet concluded the event with their first performance of their new title track, “Bad Boy.”