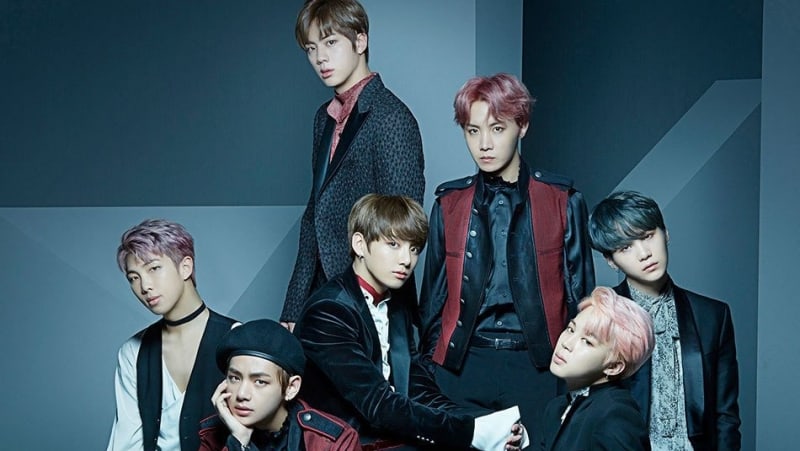 In a recent interview, BTS opened up about their individual goals for the future and what they thought was the key to their success.

After BigHit CEO Bang Shi Hyuk shared his thoughts on the reasons behind BTS’s meteoric rise to international stardom, it was the BTS members’ turn to give their own opinions on the matter.

When asked what they thought had enabled them to become so successful, Suga replied, “I myself was curious about this, so I’ve given it a lot of thought. I think it’s hard to point to just one thing. But it seems like it started from the fact that we said the things that someone needed to say, but that no one did.”

He went on, “Recently, I’ve been feeling restless and thinking, ‘How did I use to make music in the past?’ When I looked back, I remembered what Bang Shi Hyuk told us from the beginning. We were sitting together in a small studio, and he said, ‘What kind of story do you want to tell? Think of a subject that matches this beat.’ I think we started off with the messages ‘Respect our individual preferences’ and ‘How come no one talks about school and society?’

“What I find most unfortunate is that some people, after analyzing us, say that we succeeded only because of our use of social media. Kim Saeng Min, who served as the MC at our fan meeting, recently complimented us on a podcast, saying, ‘Not only are they good at what they do, they also work hard, which makes them unbeatable.’ When I heard that, I thought that he must really have been able to see how much effort we put in. I was moved by the fact that, after five years, people are starting to notice.” 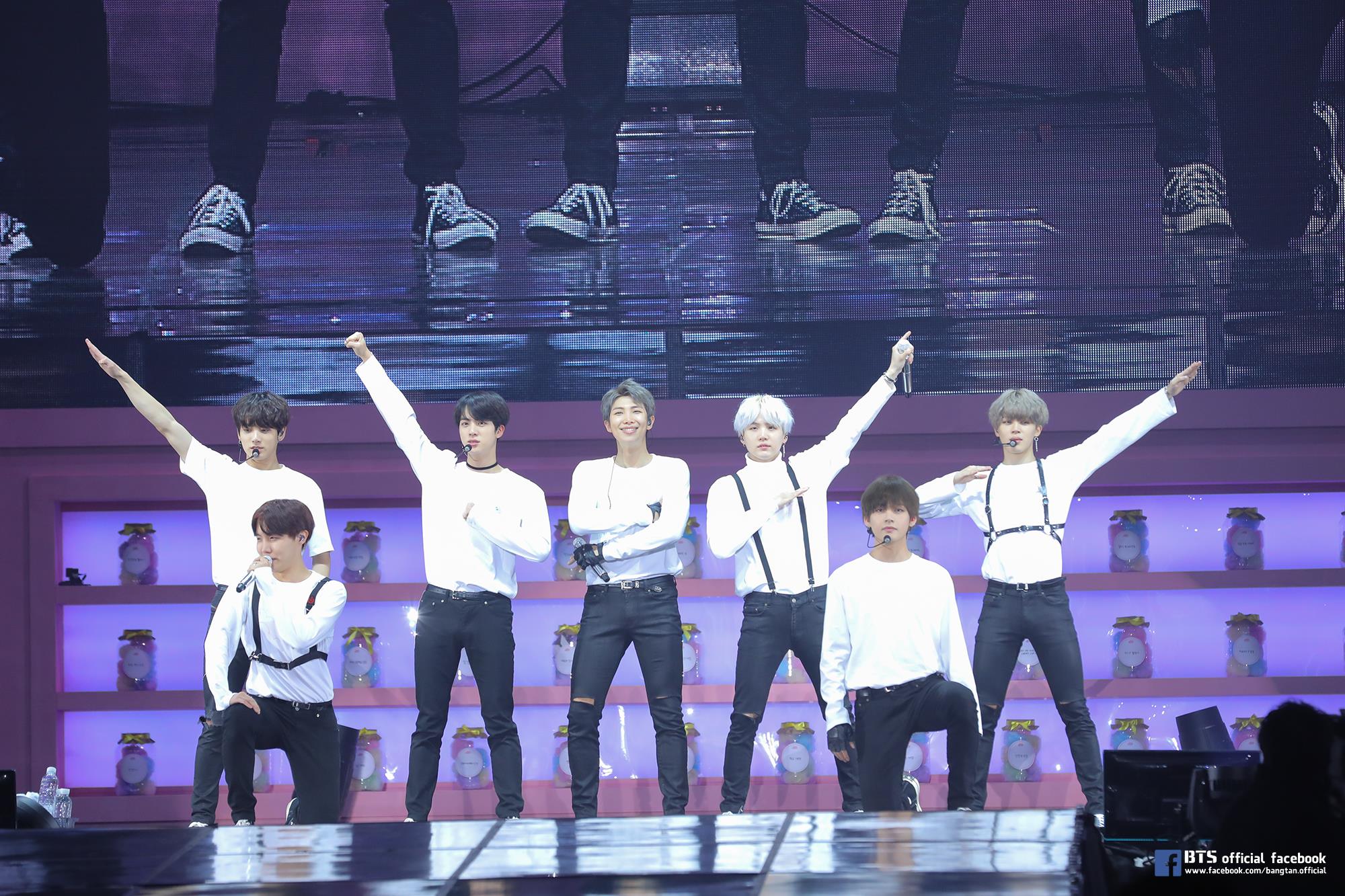 Meanwhile, RM remarked, “We’ve received this question countless times, and I think I’ve personally answered it more than 200 times. As I kept answering, the answer gradually became clearer to me over time.”

The BTS leader began by saying, “I want to applaud producer Bang Shi Hyuk’s keen eye. We started out as a hip hop crew, and Bang Shi Hyuk thought that he needed to find rappers who would say the things that ought to be said for society. We were rappers that were able to implement that vision, and we also had members with strong dance and performance skills.

“I think that the secret to BTS’s success can be summed up with the keywords ‘sincerity and skills.’ I think the public can see sincerity.”

“However, people focus only on the fact that we communicated a lot with our fans through social media,” lamented RM. “Since we’re singers, I think what’s more important is that the quality of our music and performances has to be good above all else. With that level of quality as a foundation, there was also our sincerity and the message we wanted to send. Our consistent and frequent communication [with our fans] added to that, and Bang Shi Hyuk used his keen eye to support us in all of those aspects. He gave us freedom.”

He added, “I think we’re a good example of an artist collaborating with an agency as business partners.” 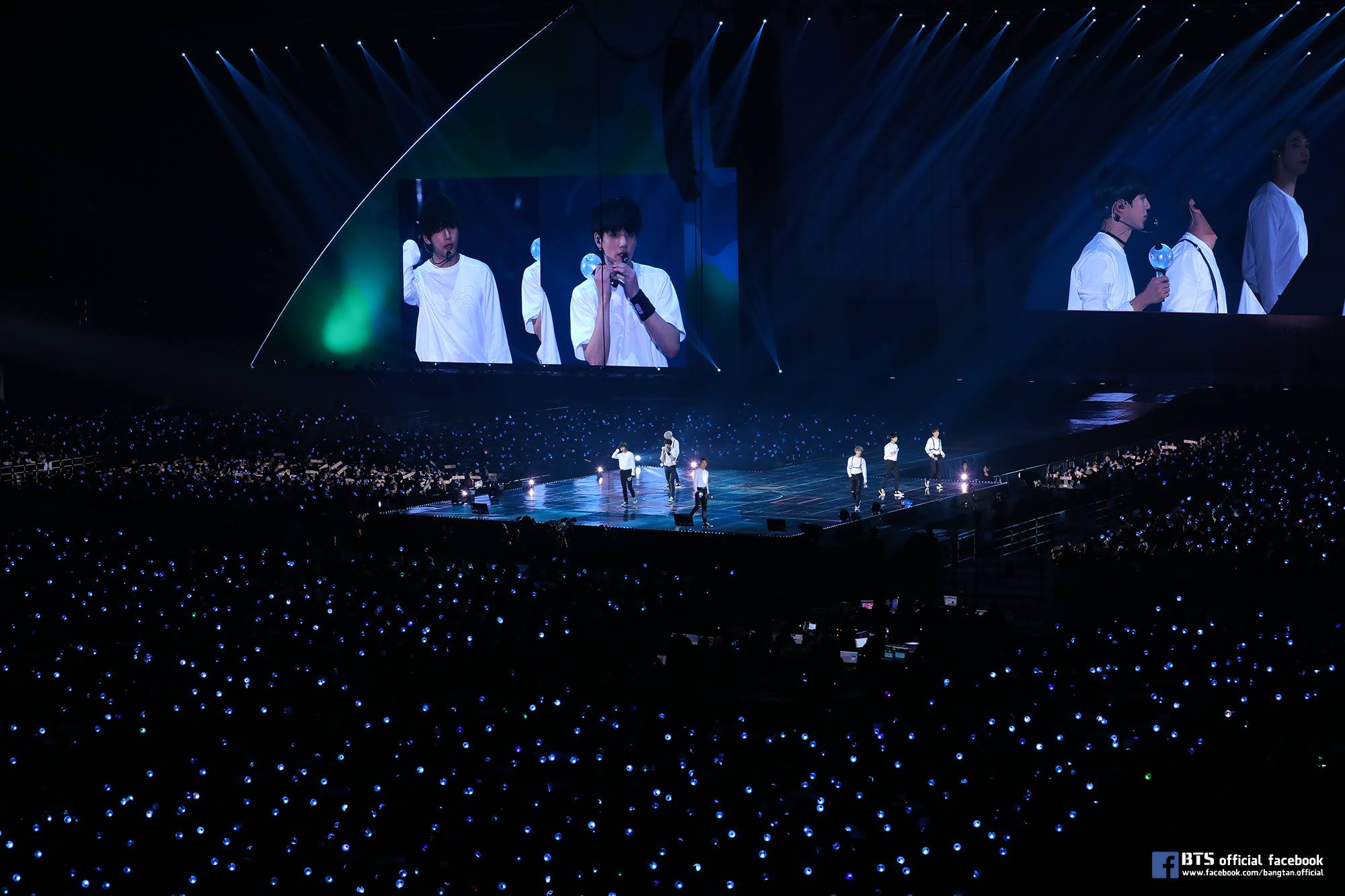 BTS also revealed their individual goals for 2018. Suga expressed that he wanted to improve his foreign language skills, mentioning English and Japanese in particular, while V remarked, “I’d like to be really good at singing. I plan to focus all of my energy on working hard at this one thing.”

J-Hope reported wanting to take better care of his health, saying, “We have a lot of plans scheduled for this year, and if we want to accomplish those things, health needs to be a top priority.”

He also hinted at the release of the solo mixtape eagerly anticipated by many of his fans. “The mixtape that I’ve been working on since last year is going to be released soon,” he revealed, “so I’ve been immersed in trying to create good music. I hope a lot of people listen to it and like it.”

Jungkook commented, “Because there’s always so many things I want to do, I’ve never ended up doing them properly. But I think that this year, I need to do something that will help me in my career as a singer.”

“That’s why I don’t play games these days,” he explained. “I want to learn to play classical music on the piano, and I want to be good at foreign languages and singing. I plan to work hard at just those three things.”

Jimin said that he needed more time to decide his goals for the year ahead, while RM replied simply, “Right now, it’s our next album.”