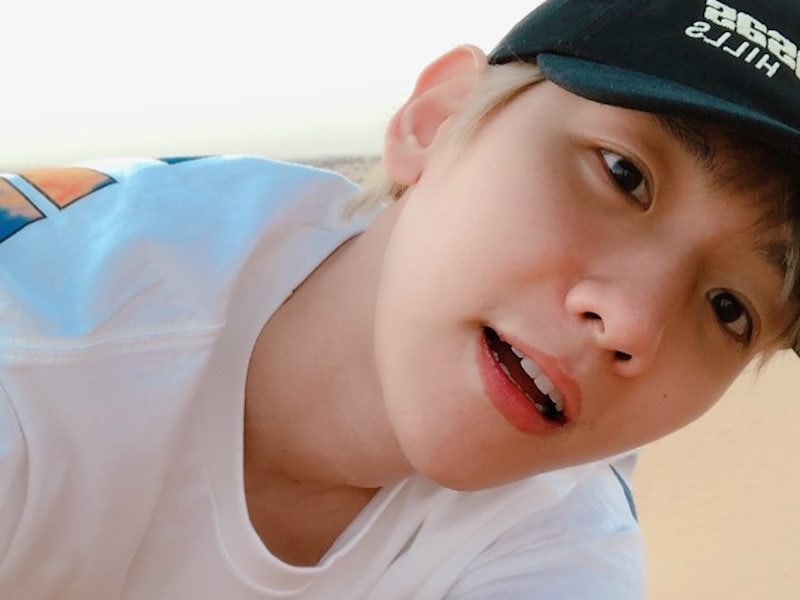 During the broadcast, the singer answered fans’ questions about all sorts of topics, ranging from gaming to his dog to his fellow members. He fulfilled their song requests as well, and sang snippets of not only EXO’s own songs, but also other popular tracks like Taemin’s “Move,” Sunmi’s “Gashina,” and Yoon Jong Shin’s “Like It.”

Jumping from topic to topic, Baekhyun revealed that the most recent movie he saw was “The Outlaws,” which was released back in October 2017. The EXO member commented he hasn’t been able to see D.O.’s latest film, “Along With the Gods: The Two Worlds.”

“I should have watched our Kyung Soo [D.O.]’s film. I plan to watch it at home. For some reason, I want to watch anything Kyung Soo is in comfortably, like this,” Baekhyun explained. “I heard that ‘Along With the Gods’ is really sad. I really cried a lot while watching that movie, Kyung Soo’s ‘My Annoying Brother.'” While on the topic of D.O., the singer shared the reasoning behind his nickname for D.O., saying, “It’s because Kyung Soo is cute.” 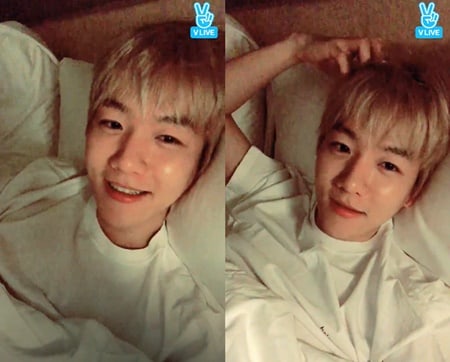 He also brought up when EXO-CBX met up with Lay while they were in China for a diplomatic event, revealing, “You know how we saw Lay in China? He treated us to Peking duck [also known as Beijing duck]. It was really delicious.”

In response to one fan asking him when EXO will be making a comeback, Baekhyun replied, “Should I give a spoiler for our comeback? Really? Are you guys curious?” After teasing a little, he shared, “This year will be very, very amazing. The end! Done! I’m not going to reveal anything.”

Meanwhile, EXO will be dropping their first full-length Japanese album on January 31. They recently completed another leg of their fourth concert tour in Saitama, Japan, and will be continuing with more concerts over the next few months. EXO-CBX will also be returning to Japan in May for their first ever arena tour.

EXO
D.O.
Lay
Baekhyun
How does this article make you feel?