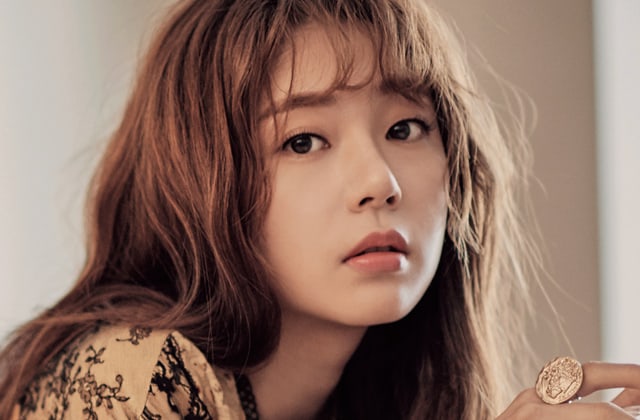 On January 30, actress Baek Jin Hee sat down for an interview to talk about the end of her KBS drama “Jugglers.”

A day earlier, Baek Jin Hee and Yoon Hyun Min’s names rose on the rankings of realtime searches on an important portal site in South Korea. When asked about this, Baek Jin Hee said, “I’m sorry that I brought up his name unnecessarily. Since we’re publicly dating, any little thing can become an object of discussion so I’m more careful with my words.”

The two actors confirmed their relationship last March and it recently came into the spotlight again when they both had dramas airing on KBS right after each other (“Witch’s Court” for Yoon Hyun Min and “Jugglers” for Baek Jin Hee).

In the romantic comedy “Jugglers,” Baek Jin Hee and Choi Daniel played the female and male leads. In response to a question about whether Yoon Hyun Min was jealous of their chemistry, Baek Jin Hee said, “We’re both actors. Since we’re human, there might be some jealousy, but he cheered me on. He knows how to tell the difference between work and personal life.”

Baek Jin Hee also talked about how she had been cast suddenly about two weeks before filming began. “[Yoon Hyun Min] knew how much pressure I felt for this project. He worried a lot about me injuring my leg at the beginning of filming and monitored the drama while it was airing. He told me that my drinking scene was funny. He always says things that give me strength and I’m grateful.”