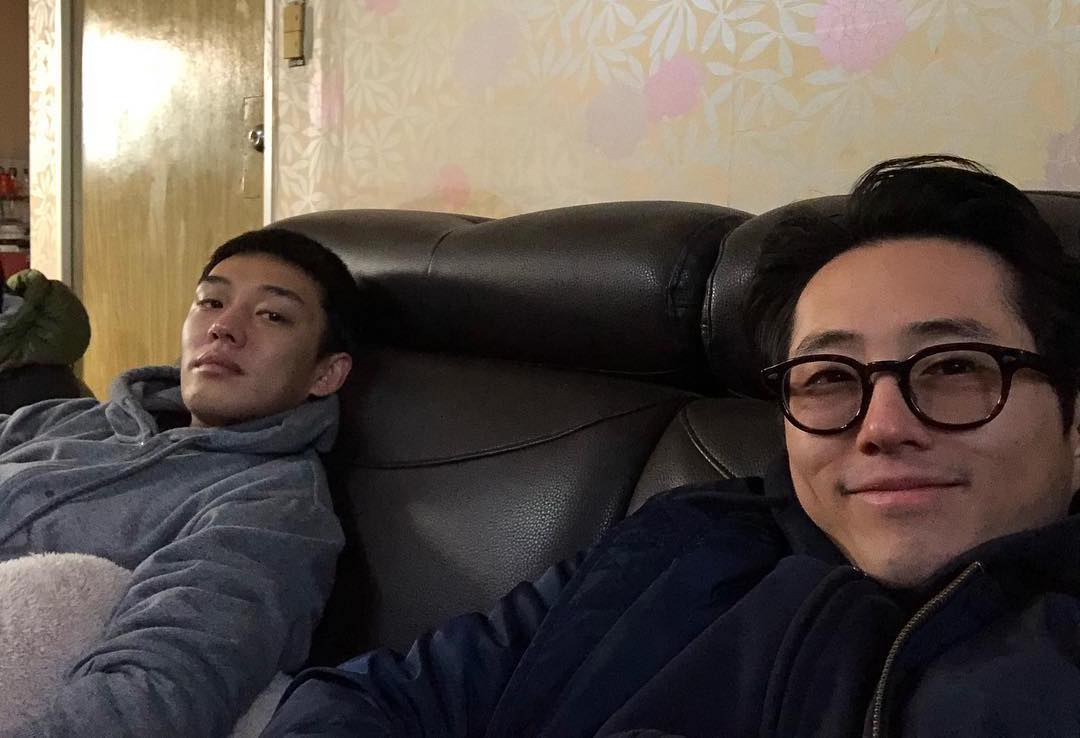 Steven Yeun and Yoo Ah In snapped some photos together!

Steven Yeun and Yoo Ah In are starring in the film “Burning” along with rookie actress Jeon Jong Seo. The film is directed by Lee Chang Dong, and it tells the story of a mysterious case that involves their three characters.

On January 30, Steven Yeun shared a shot of himself hanging out with Yoo Ah In on his Instagram.

He also revealed more photos from what may be a winter location shoot for the film, and included another photo with Yoo Ah In and director Lee Chang Dong.

Are you excited for their new film?

Steven Yeun
Yoo Ah In
How does this article make you feel?