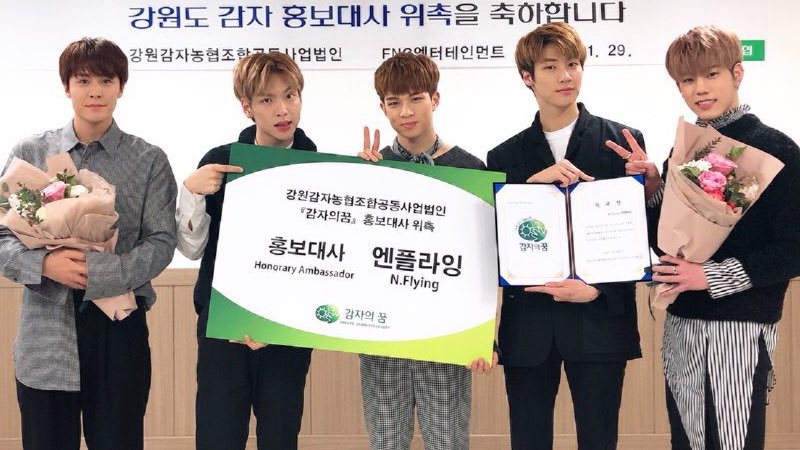 Thanks to their recent song “Hot Potato,” the five members of N.Flying have become honorary ambassadors for potatoes!

During their comeback showcase earlier this month, the members said they wanted to become the honorary ambassadors of Gangwon Province’s potatoes, and their dreams came true!

Kim Duk Chul, the representative of the Agricultural Cooperative of Gangwon Potatoes, said, “I hope N.Flying, who are currently promoting [their song] ‘Hot Potato,’ will inform young people about our potatoes that are the pride of Gangwon Province’s farmers. I [chose them] because I thought their healthy and cheerful image fit the role of honorary ambassadors.”