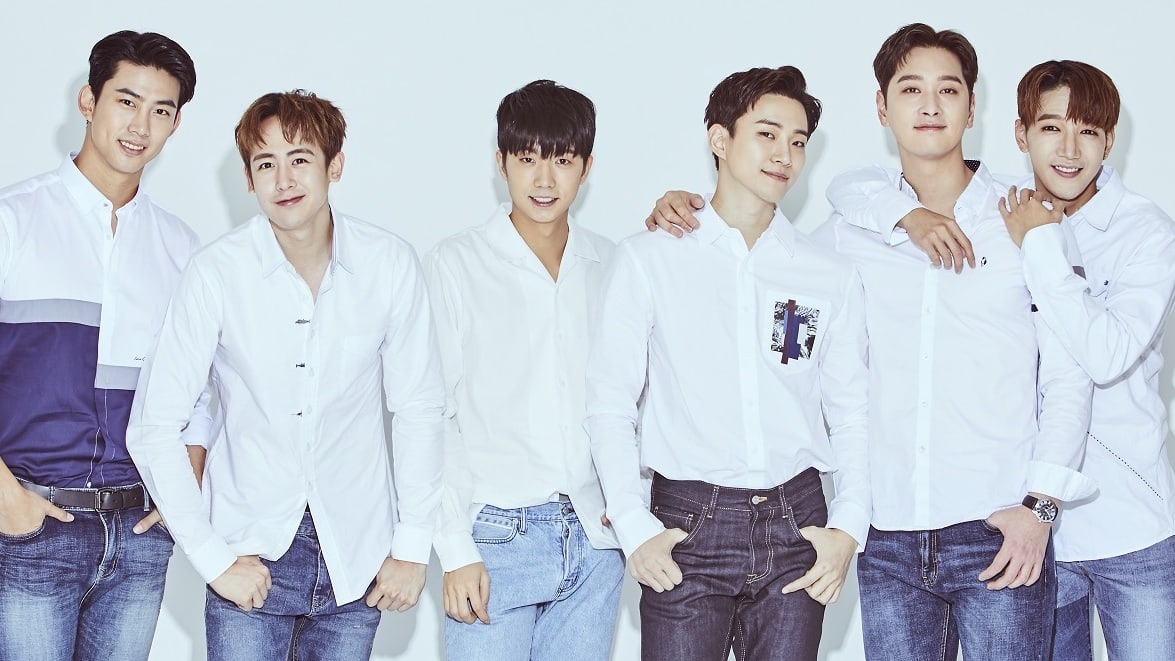 Five members of 2PM have renewed their contracts with JYP Entertainment!

On January 31, JYP announced that Jun.K, Nichkhun, Wooyoung, Junho, and Chansung recently re-signed with the agency.

JYP commented, “The members agree that 2PM will be together forever. Following Taecyeon, who enlisted last year, the rest of the members will slowly be enlisting one after another. They promised that once they complete their mandatory military service, they will reunite and promote as a whole group.”

Because Taecyeon is currently serving in the military, he will have to discuss contract renewal once he returns.

Back in 2015, 2PM extended their contracts for three more years until January 2018, and Wooyoung revealed earlier this month that he had already re-signed with the agency.