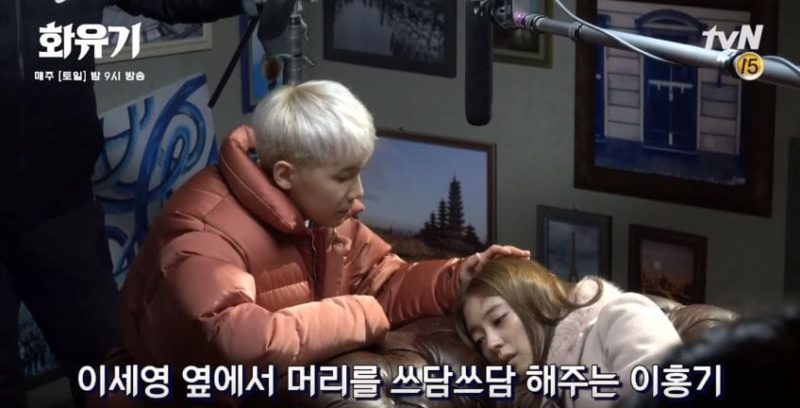 Watch: Cast Of “Hwayugi” Show Their Loveable Chemistry Behind The Scenes

tvN’s weekend drama “Hwayugi” released behind-the-scenes footage of the actors demonstrating their chemistry with one another.

In the beginning of the video, FTISLAND’s Lee Hong Ki is seen caressing Lee Se Young’s hair. Once the director calls “cut,” they smile at the making film camera and wave in a friendly manner.

While preparing to film the next scene, Lee Hong Ki teasingly pushes the tumbler that Lee El is drinking from. Lee El motions for him as she jokingly commands, “Come here,” causing Lee Hong Ki and Bora to burst into laughter. Once filming starts though, they lose all their smiles and immerse into their roles.

Lee Seung Gi and Cha Seung Won film their scene next, and when the camera stops rolling, Cha Seung Won wipes his tears away as he says with laughter, “I actually cried.” Lee Seung Gi comments, “That’s how I’m going to make you emotional,” and Cha Seung Won heartily agrees, “You do that.” The filming continues, and the two brilliant actors act humorously with their hilarious ad-libs.

Actress Lee So Yeon makes a special appearance as the bookkeeping demon as well, and she films her antagonizing scene with Lee Seung Gi as if they’re enemies in real life. In the same bookstore setting, Lee Seung Gi also films the explosively popular kiss scene with Oh Yeon Seo.

Meanwhile, catch the first episode of the drama if you haven’t already!