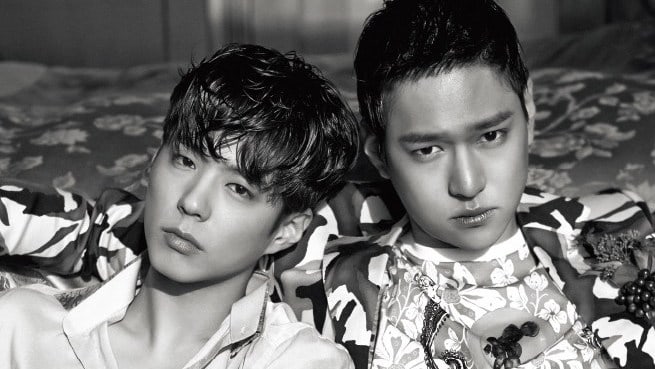 Go Kyung Pyo appeared as a guest on the February 1 broadcast of tvN’s “Life Bar,” where he talked about the time people thought his parents were Park Bo Gum’s.

The actor shared that his parents had opened a restaurant back when he was filming the drama “Reply 1988.” His father, who had always dreamed of becoming a chef, refused to hang up a picture of Go Kyung Pyo in the restaurant, because he wanted to win over customers solely with his food rather than his son. 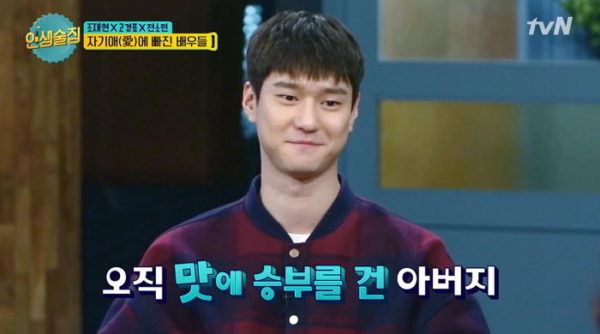 “Because I was so busy with filming ‘Reply 1988,’ I didn’t have time to visit their restaurant, so Park Bo Gum went instead. My parents took a picture with him and hung it up, so customers thought the restaurant was owned by Park Bo Gum’s parents,” Go Kyung Pyo explained. 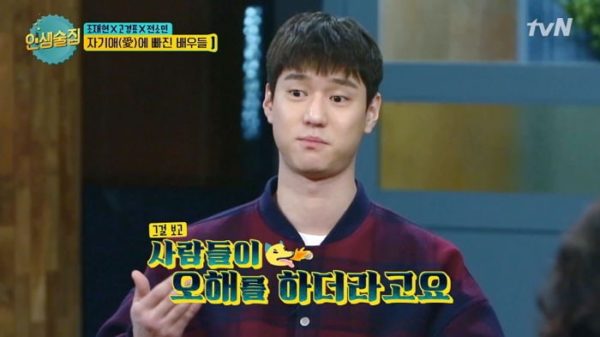 “My parents didn’t want to use my popularity but they used Park Bo Gum’s,” he joked. “People kept asking if Park Bo Gum was their son, so they have my picture hung up now.” 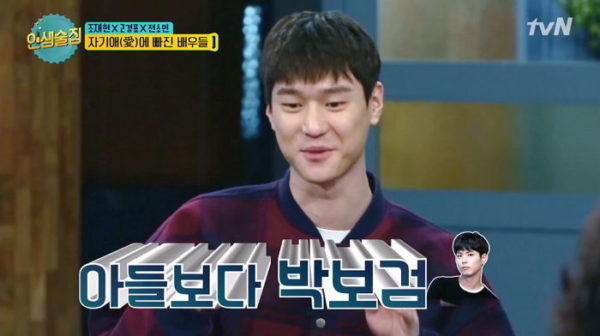 Park Bo Gum
Go Kyung Pyo
How does this article make you feel?