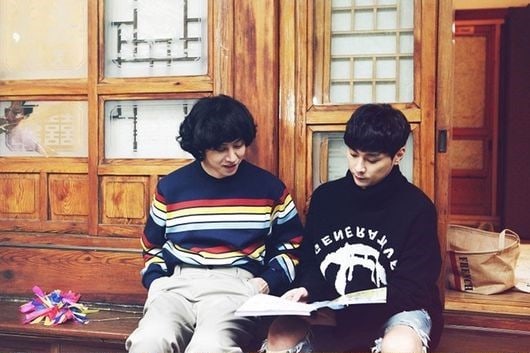 Buzz’s Min Kyung Hoon and Super Junior’s Kim Heechul will be teaming up as “Universe Cowards” again to release a new song together!

JTBC’s “Ask Us Anything” will be airing a music video competition special on February 10 and 17, which will follow three teams as they create their own music videos. Min Kyung Hoon and Kim Heechul will be one team, and they will go against Kang Ho Dong and Kim Young Chul in two separate teams. Ahead of the new series, new stills of the two singers have been shared that show them working on their project together. 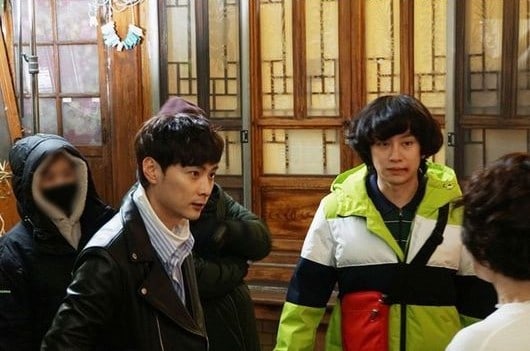 Min Kyung Hoon and Kim Heechul’s music video will be for their new song “Aftereffect” (literal title). The song was written by composer Lee Sang Joon, who also wrote the duo’s first song “Sweet Dream,” and the lyrics were written by Min Kyung Hoon himself. The music video will be directed by Super Junior’s Shindong, and they are set to create a beautiful drama-like video that perfectly fits the sad love story woven into the lyrics.

“Universe Cowards” first teamed up in November 2016 and released “Sweet Dream,” which topped the charts and was loved by many. The song also won the duo the Best Rock Award at the 2017 Melon Music Awards.

Are you excited for new music from Min Kyung Hoon and Kim Heechul?

Super Junior
Ask Us Anything
Buzz
Min Kyung Hoon
Shindong
Kim Heechul
How does this article make you feel?