SEVENTEEN spent valuable time with their fans at their fan meeting.

On February 2, SEVENTEEN held their second fan meeting titled “SEVENTEEN in CARAT LAND.” The group began the event with performances of “I Don’t Know,” “Don’t Wanna Cry,” “Without You,” and “Clap.” After the performances, each member took time to speak to their fans.

Mingyu said, “I am so happy we are holding our second fan meeting. They said don’t be nervous, so I’m trying not to be nervous at all. When I’m nervous, it feels like time is passing by so quickly, and I want to take my time to enjoy and remember this.”

He continued, “Last year was very difficult. There were many people saying it was ‘SEVENTEEN’s year.’ There were also Carats’ expectations and many things we wanted to show you. When I rested at home, I wondered if it was okay for me to be resting like this. Since then, I eagerly waited for today’s fan meeting. Seeing Carats like this, I feel comforted and relieved. I hope today was a day that can help you guys overcome your exhausting and difficult days as well.” 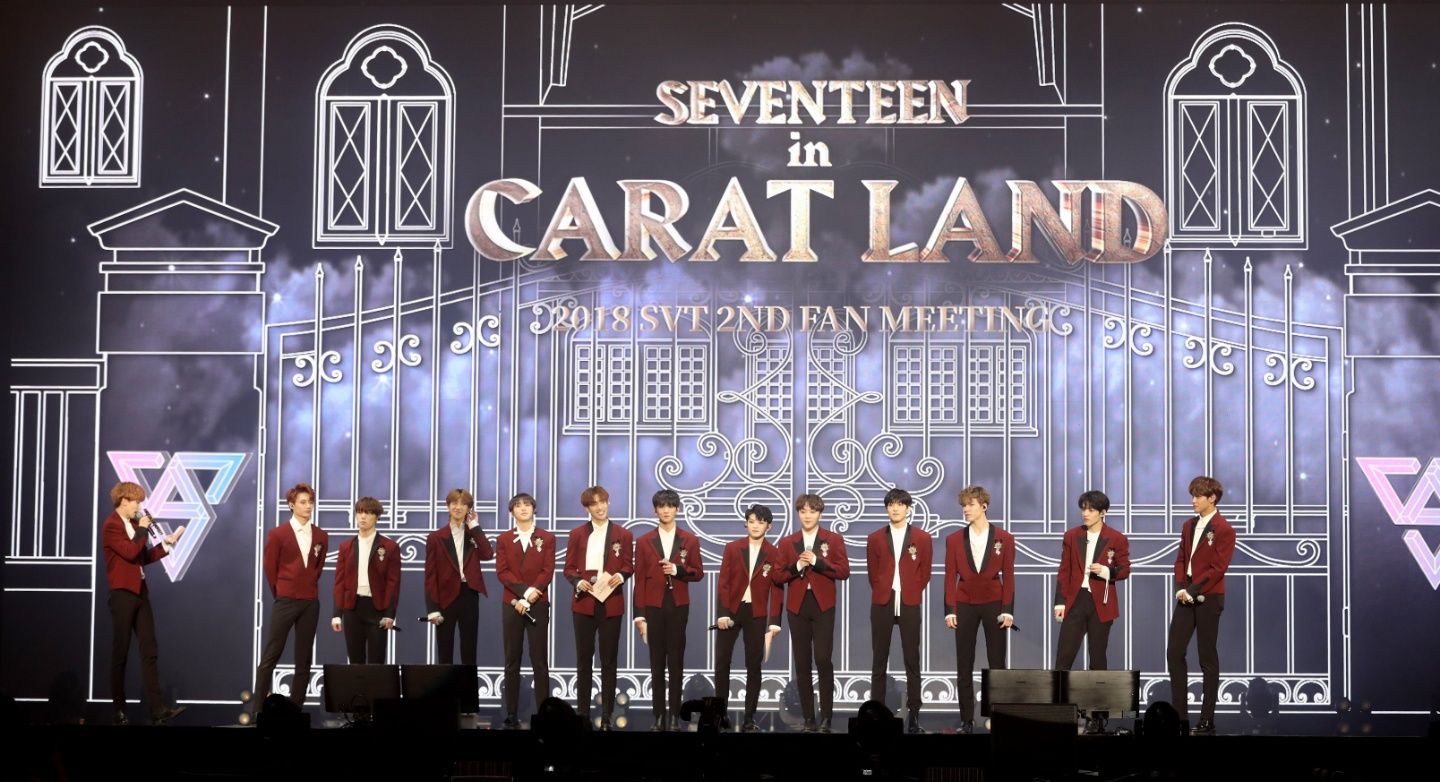 S.Coups stated, “I learned what happiness is after the fan meeting last year. I’m really happy we are able to hold the second fan meeting. It would be nice to be with many Carats in a large space, so we will try to do that next time.”

After taking a hiatus from promotions due to back pain, The8 joined the members on stage at the fan meeting. In return, the fans welcomed him with loud cheers and applause. He commented, “Last year, I couldn’t promote because I was sick, but I recovered and came back. I will work hard from now on.” 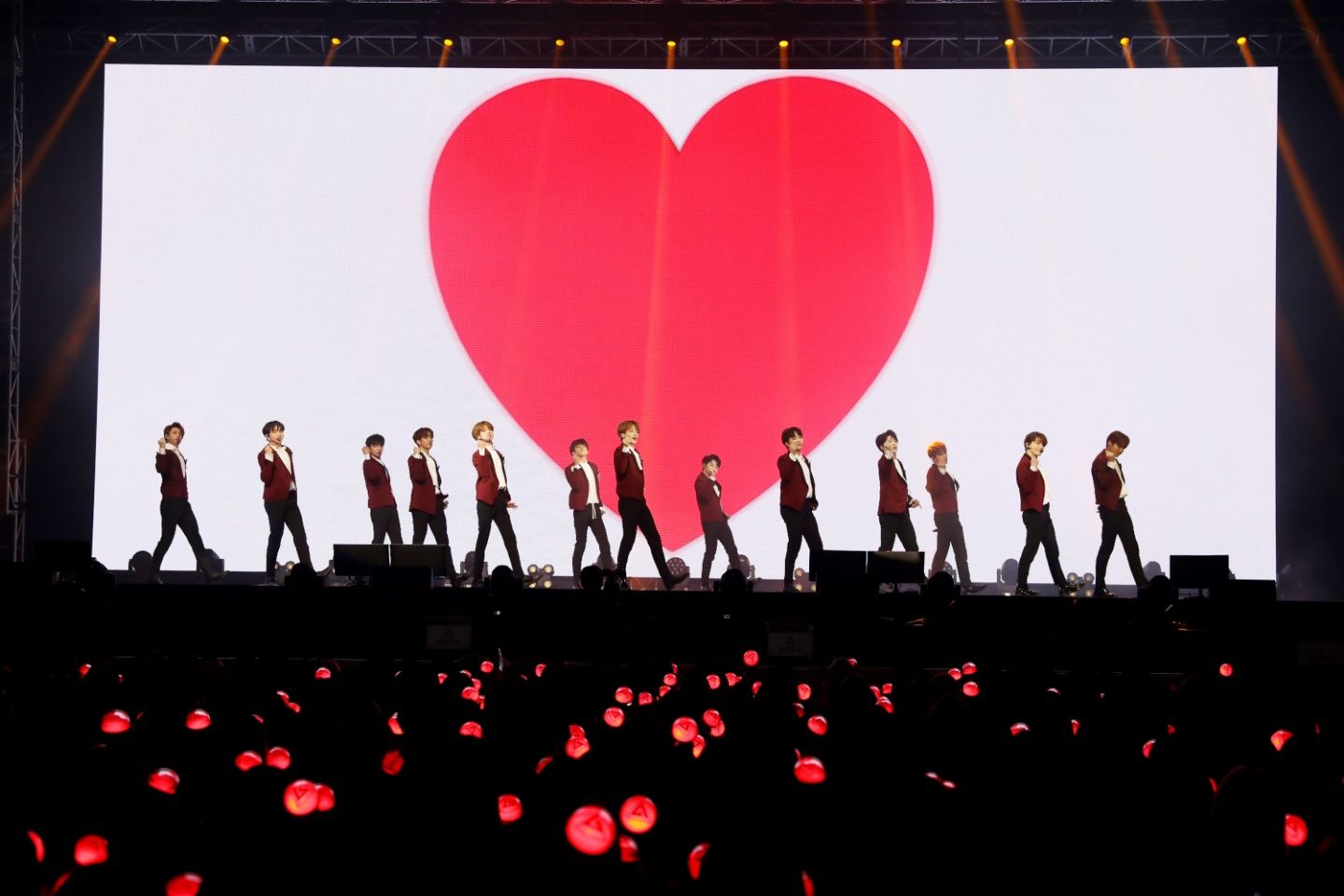 During the talking segment, the members discussed their goals for 2018. Mingyu began, “I said this in a recent interview, but I want this year’s album promotions to be successful and want to make a big bang. I want to receive the next level of awards at the year-end awards.”

The8 said he wanted to get his driver’s license while Hoshi hoped for more opportunities for members to enjoy being with their fans. Jun stated, “I want us to be together like this and remain this way.”

S.Coups remarked, “When this year’s fan meeting ends, I think I will gain the strength to survive this year, so I’m happy. I think the word happiness is a very easy and difficult word. I think happiness is when the 13 of us can look at our fans and coexist.”

Vernon added, “As much as you guys like us, we worked hard to show you many things. You enjoy seeing many sides of us, so I feel responsible and will try to become a singer you can be proud of.”

SEVENTEEN concluded the four-hour long event with a performance of their upcoming track “Thanks,” followed by encore performances of hits including “Camp Fire” and “Mansae.” 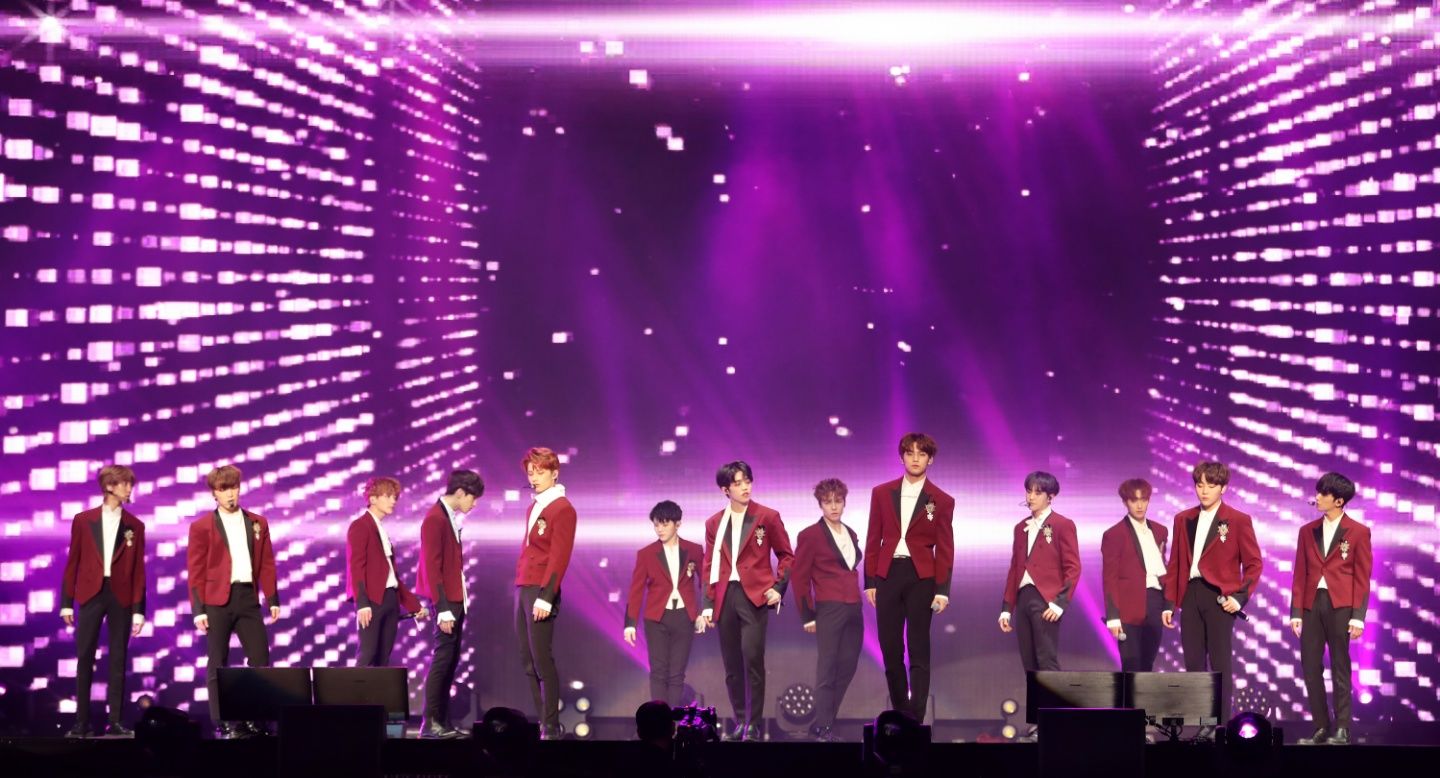 SEVENTEEN’s new special album “Director’s Cut” and title track “Thanks” will be released on February 5 at 6 p.m. KST.