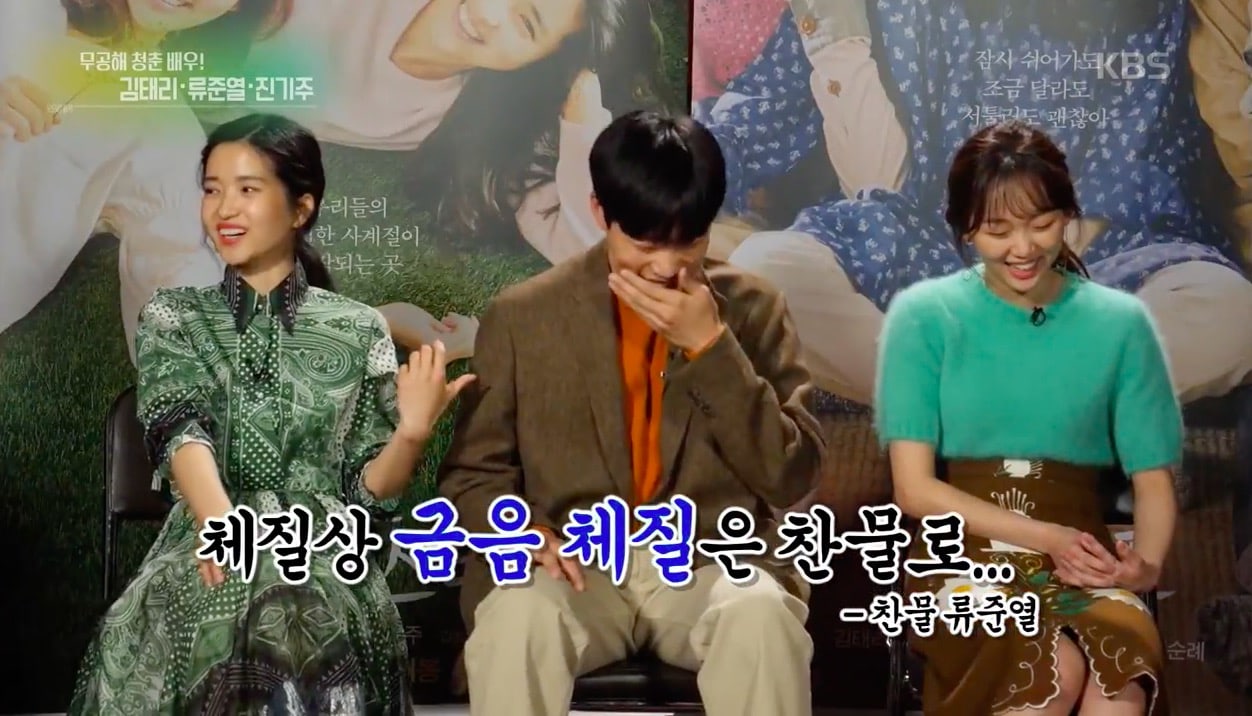 The February 2 episode of “Entertainment Weekly” included an interview with Kim Tae Ri, Ryu Jun Yeol, and Jin Ki Joo, who star together in the upcoming film “Little Forest.”

The movie takes place over all four seasons, and so the cast and crew ended up doing four filming periods so they could capture each season. Kim Tae Ri commented that at first it seemed good, but then she realized that it was hard to get everyone together each time. “I realized why films are all shot at once,” she said with a laugh.

Ryu Jun Yeol commented, “We’d meet each other every season like family members at a holiday who hadn’t been able to see each other. We were so glad to see everyone. When we said goodbye, we’d say, ‘See you in the spring!’ or ‘See you in the summer!’ It was a very different experience from other films.” 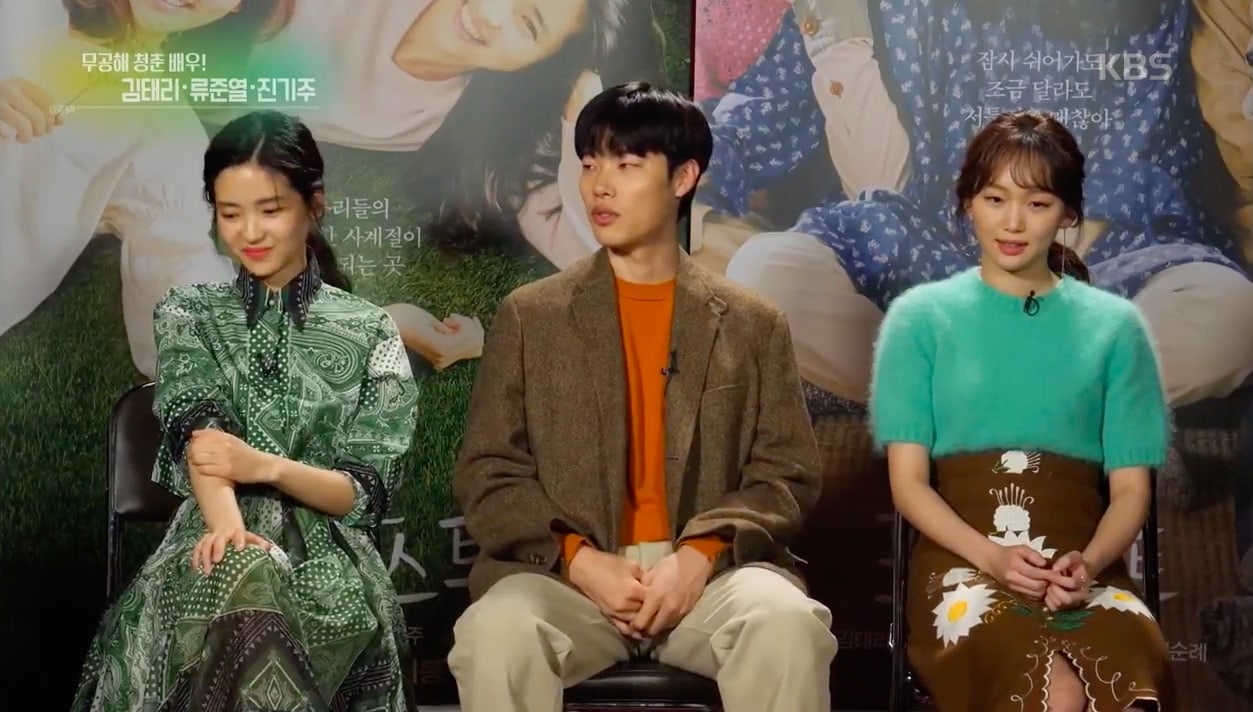 When asked if they talked a lot together at night when they were bored, the actors said it was true. Ryu Jun Yeol said they’d had a lot to talk about because he debuted around the same time as Kim Tae Ri so they have similar worries, while Jin Ki Joo had a lot of things she was curious about because it was her first film.

As Ryu Jun Yeol bent over laughing, Kim Tae Ri explained, “He’d text me at 7 a.m. and be like, ‘What are you doing? The sun is shining, get up!’ Everyday!” She added, “When he wakes up in the morning he reads bible verses. Then he exercises. And he takes cold showers!” 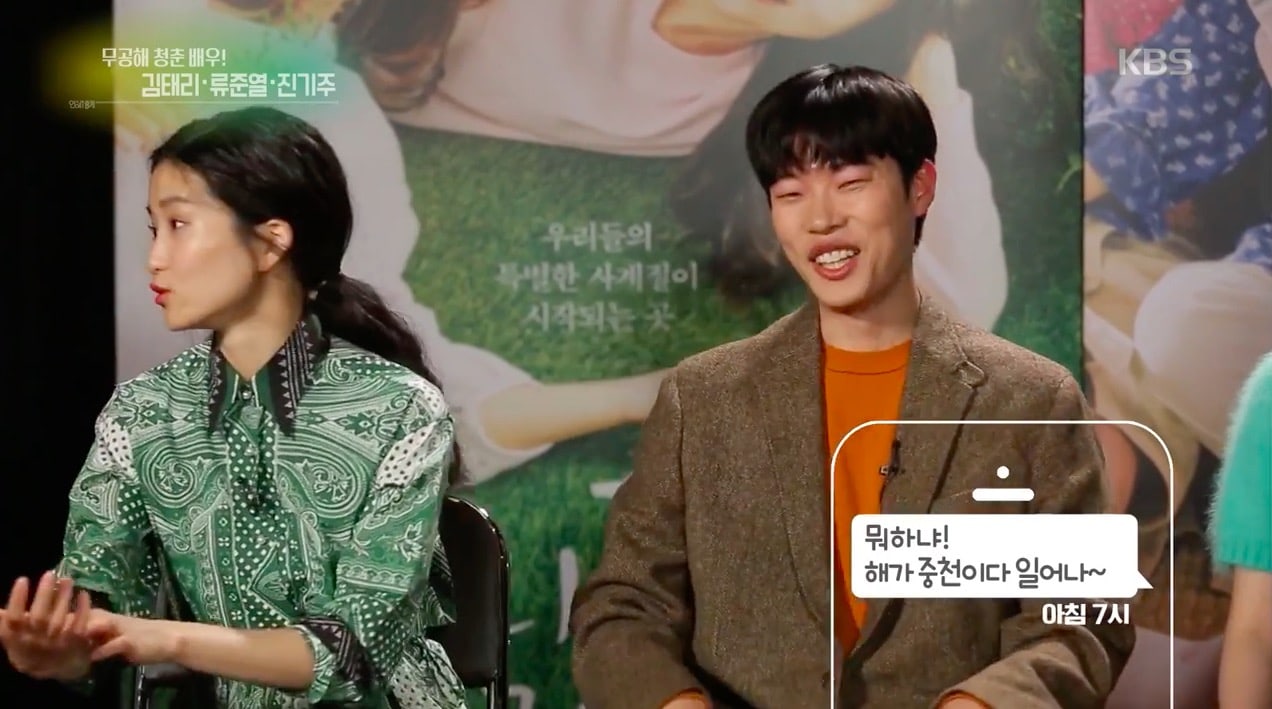 Ryu Jun Yeol kept laughing before he explained that cold water is good for his constitution.

“Little Forest” will hit theaters in Korea on February 28.

Ryu Jun Yeol
Kim Tae Ri
How does this article make you feel?