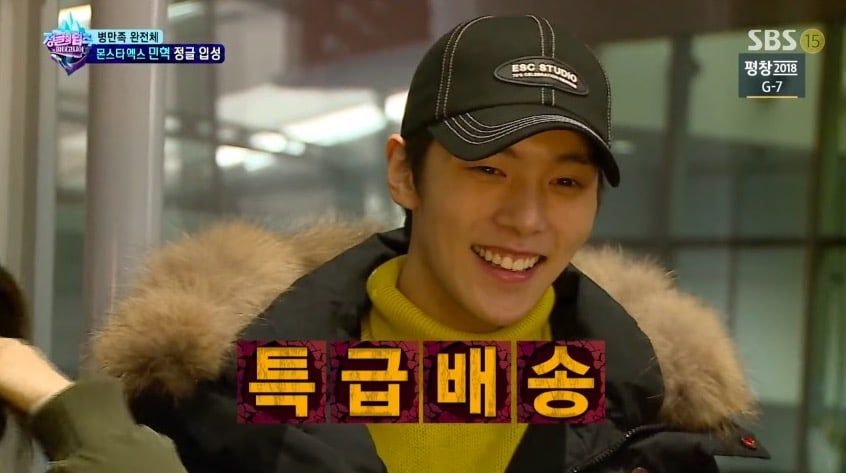 MONSTA X’s Minhyuk stepped in at the very last minute to fill a role on “Law of the Jungle,” and he shared the story from his point of view in the latest episode!

Kangnam was originally planned to be a part of the cast for the latest season of “Law of the Jungle,” featuring Kim Byung Man and his celebrity guests taking on the show’s survival challenge in Chile. When Kangnam was unable to take part due to influenza, it was announced that Minhyuk would be taking his place.

While it was clear that Minhyuk had stepped in quickly, the February 2 episode of “Law of the Jungle” showed just how fast Minhyuk’s casting had been.

In the episode, the cast members were sitting in the airport in Toronto while waiting to make their connecting flight. They were then shocked to see Minhyuk walking towards them, smiling as he said hello. As the cast greeted him, Kim Byung Man explained, “This was the most rushed casting in the show’s history.”

“I was sleeping at my parent’s home,” Minhyuk said. “I got a call saying I’d be going to the jungle, so I was like, ‘I understand!’ I assumed there were still a few days left. So I said, ‘Yes! When am I going?’ and they said, ‘Right now!'” 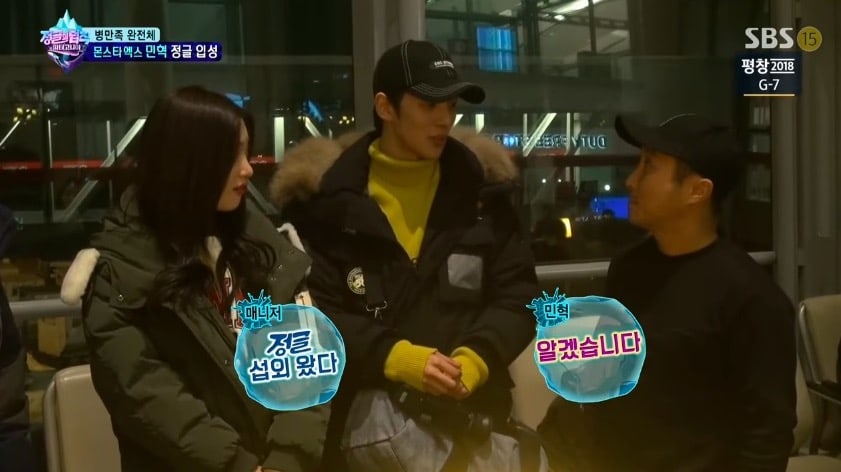 The others laughed and Minhyuk explained that he immediately got in a taxi to make the trip. ZE:A’s Kim Dong Jun asked if he knew where he was traveling to, and Minhyuk replied, “They said it was a cold place so I wore this padded jacket.” His fellow travelers laughed over how he’d only been told it was somewhere cold.

Everyone then gave Minhyuk a round of applause to thank him and welcome him to the crew. 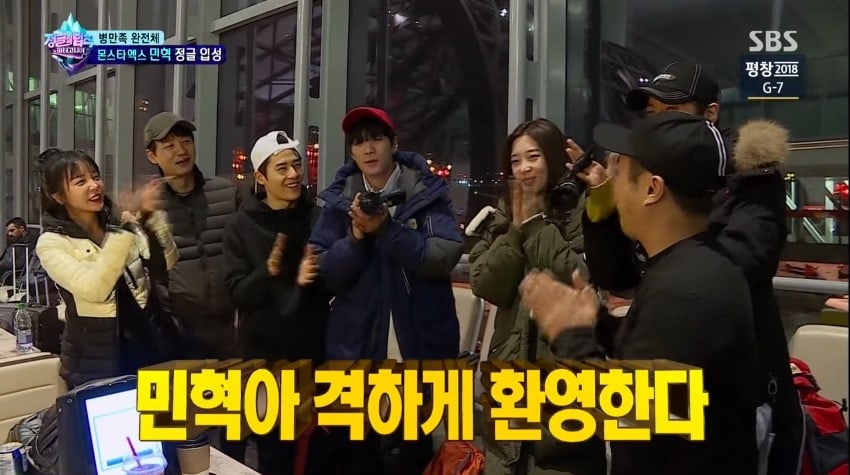 MONSTA X
Law of the Jungle
Minhyuk (MONSTA X)
How does this article make you feel?