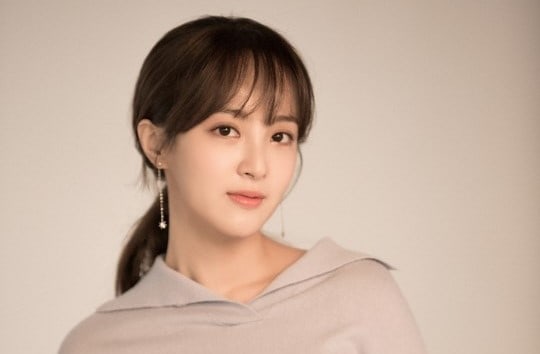 Jung Hye Sung Talks About Why She Likes FNC Entertainment

Jung Hye Sung appears to be quite fond of her agency, FNC Entertainment.

The actress, who is now six years into her career, has been quite the busy bee. In the span of six years, she has made appearances in 12 dramas, even filming three in a row last year. First, KBS’s “Chief Kim” drew high viewership ratings, then in “Manhole,” she worked with great colleagues and friends. The actress then took on her first lead role with SBS’s “Oh, the Mysterious.”

Her agency, FNC Entertainment, originally got its start as an agency for singers, but has slowly expanded their management activities. It is now one of the largest entertainment agencies and has even gone public. The company was able to see growth due to their attention towards their singers and actors. Although it hasn’t been long since Jung Hye Sung joined the agency, she expressed her affection for FNC Entertainment.

She shared that one aspect she likes is that the company pays well and on time. “Apparently because it’s a public company, the moment they violate any documents, it’s a problem. So when you sign a contract with them, the legal team comes and explains everything. They explain certain things, like how payments will be made and such. They don’t need really need to, but they do it well. They said it’s their responsibility, and that if they don’t it could be an infringement against the law.”

The actress also talked about how when she signed her contract, the legal team was very thorough, and made sure that she signed the contract in person. She continued, “To be honest, when you’re in the middle of filming a drama and such, it’s a bit difficult to do it in person. But you have to go and listen to everything they say and sign in person. There were so many pages, but I listened to everything and signed. They pay well and fast!”

Jung Hye Sung also talked about CEO Han Sung Ho and how comfortable it was that he listens to even the small things she wants to talk about. She explained, “Even the other day, at the company cafe, I heard there had been a drink called the ‘Jung Hye Sung latte,’ but that it had been dropped from the menu. I was curious so I called him and asked, to which he explained very easily why it had been dropped. He then told me that he would put it back up while I’m doing interviews, so I was able to try it. He listens to trifling things like this, so I really like it.”

If you haven’t already, check her out in the latest episode of “Oh, the Mysterious” below!

Jung Hye Sung
FNC Entertainment
How does this article make you feel?