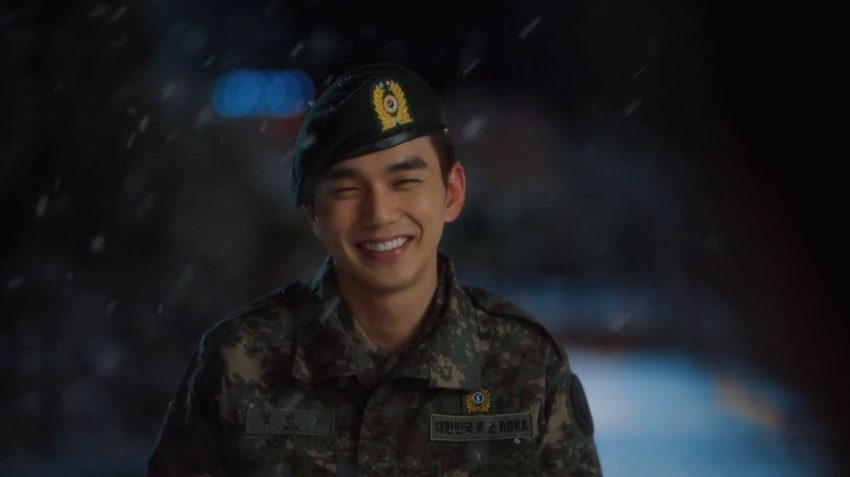 Yoo Seung Ho recently played the heart-stopping, perfect male lead Kim Min Kyu who was allergic to humans in MBC’s “I’m Not a Robot.” Despite it being his first romantic comedy role, he was able to pull of the sweet romance with his co-star Chae Soo Bin.

On the army discharge scene in the last episode, Yoo Seung Ho shared, “In the beginning, the director told me that the end of the drama had already been decided. I thought that as we filmed, the ending could be changed, but the drama really concluded with the discharge scene.” He continued, “There wasn’t time to prepare anything, so I wore the army uniform and beret that I actually wore while I was in the army. I just changed the name tag and filmed. If I hadn’t gone to the army, I think it would have been a bit embarrassing to film that scene.”

Yoo Seung Ho joked, “Maybe it was because it had been a while since I wore my uniform, but it was hard. Even wearing it made me frustrated and angry.”

If you haven’t already, watch the latest episode of “I’m Not a Robot” below!

Yoo Seung Ho
I'm Not a Robot
How does this article make you feel?