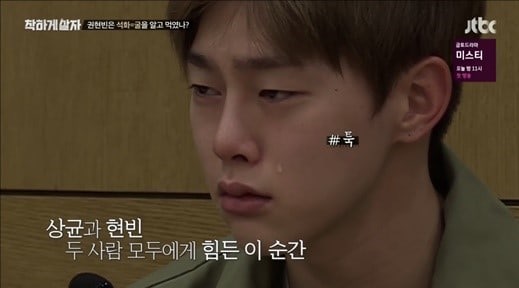 The prosecutor stated, “The defendant Kwon Hyun Bin fed food containing oysters to his fellow member Kim Sang Gyun, who is known to be allergic to mollusks. Kwon Hyun Bin has caused grave danger to his life, so we will prosecute him for grievous bodily harm.”

The defendant’s lawyer argued, “The defendant denies all charges. The defendant did not know that mollusks included oysters.” To this, the judge stated, “The verdict depends on whether or not he knew that oysters are mollusks and intentionally fed them to the victim.” The prosecutor then brought out JBJ members Kim Sang Gyun and Kim Dong Han as witnesses. 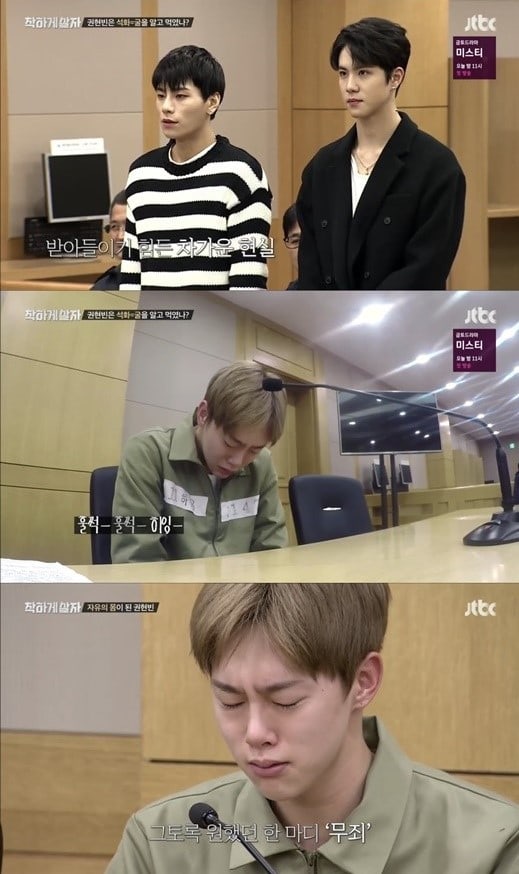 As soon as Kwon Hyun Bin saw his members, he began to shed tears. His lawyer asked, “My client can’t hold in his emotions, can we get a tissue please?” Kwon Hyun Bin then explained why he was crying, saying, “I’m relieved to see for myself that Sang Gyun is okay. This whole situation is very difficult for me, and I know now that ignorance is a huge crime.”

Kwon Hyun Bin eventually received the verdict of not guilty from the jury.