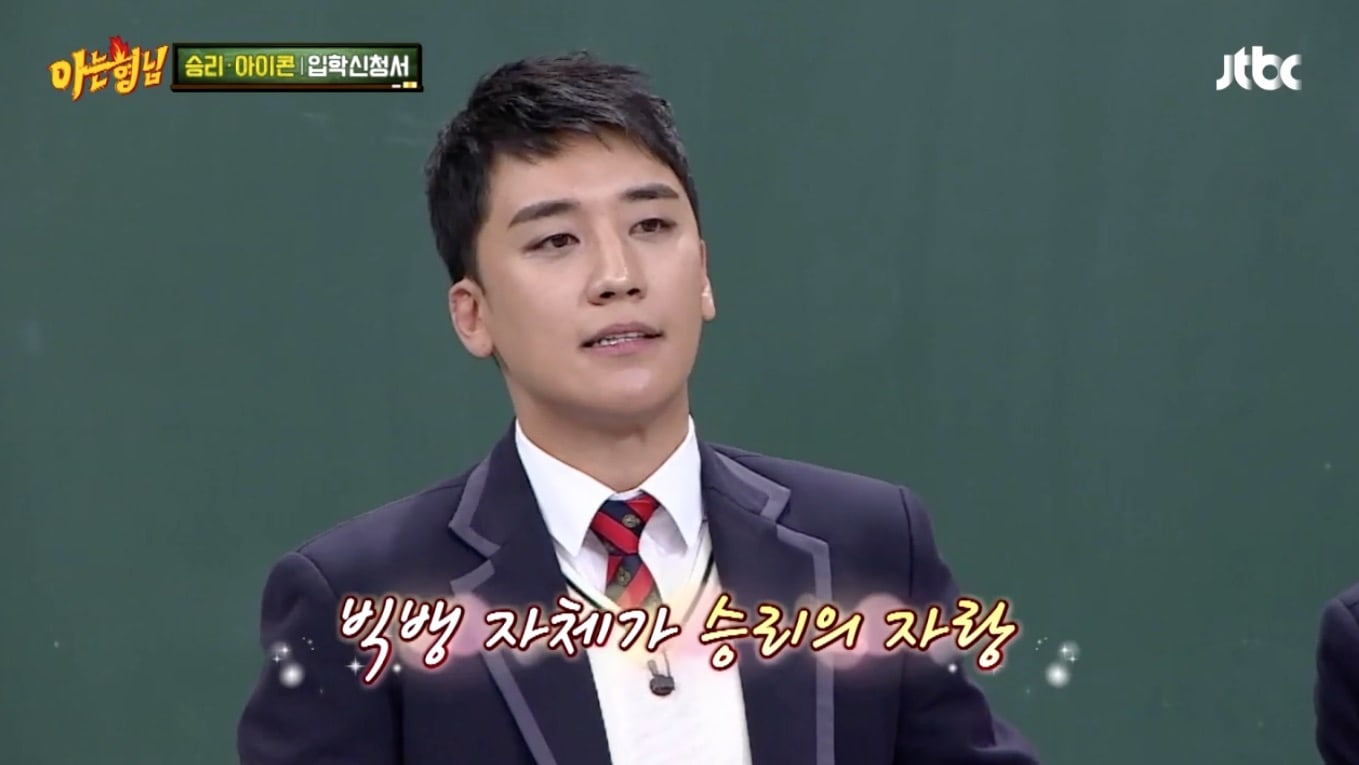 Seungri confidently stated that his biggest strength is BIGBANG in the most recent episode of JTBC’s “Ask Us Anything,” which featured guest appearances by BIGBANG’s Seungri and iKON’s Bobby, Junhoe, Yunhyeong, and B.I.

During the segment where each guest introduces themselves and talks about their strengths and weaknesses, Seungri had written down that his strength is “BIGBANG.”

When asked about it, Seungri said, “Yes, we’ve been a group for 12 years and we’ve released approximately 280 songs. Of those songs, many have been hits that have been loved. That’s why BIGBANG is my greatest strength.”

Seungri then confidently announced that he could perform a medley of BIGBANG’s greatest hits by himself. When the “Ask Us Anything” cast asked if he was sure, he joked, “To be honest, five people is too many. I don’t need the other four.” With so much confidence coming from him, the cast replied, “Well, if you can’t pull off a good performance, we’re going to hit you with this tray we have.”

With such a threat in his mind, Seungri performed BIGBANG’s “Lies” and “Fantastic Baby” by himself. The cast puts on the pressure as Kang Ho Dong and Lee Soo Geun pretend to be sharpening the tray and getting it ready for Seungri. After “Fantastic Baby,” Seungri seems to be unable to take the pressure and just accepts his fate with the tray.

Check out his performance below!

BIGBANG
Knowing Bros
Seungri
How does this article make you feel?