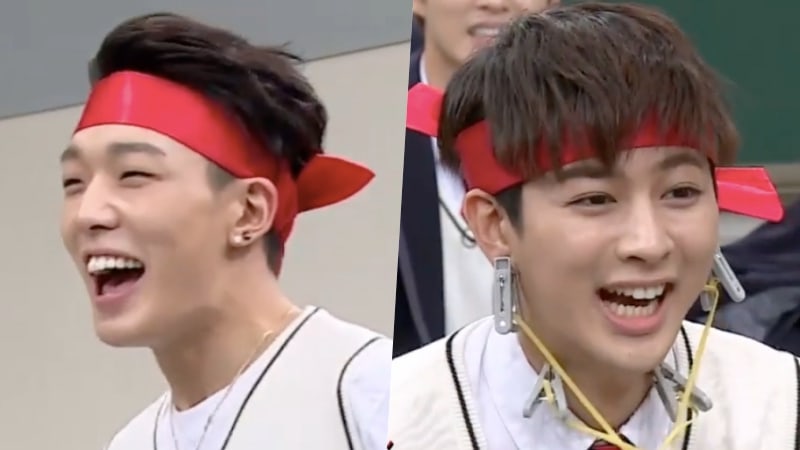 iKON’s Bobby and Yunhyeong put on an entertaining display of their strength on the latest episode of “Ask Us Anything.”

iKON and BIGBANG’s Seungri were the guests for the February 3 episode of JTBC’s “Ask Us Anything.” Before the show, Bobby had written strength as one of his advantages in the pre-filming questionnaire. In order to prove himself, he called up Yunhyeong and attempted to put on a dynamic display of their strength.

The demonstration started off with Bobby and Yunhyeong showing off their moves as they jumped over and rolled below one another. Afterwards, Bobby proceeded to drink an entire bottle of water in one shot, crushing the bottle dramatically once he was finished. He then passed it off to Yunhyeong, who re-inflated the crushed water bottle using only his nose. 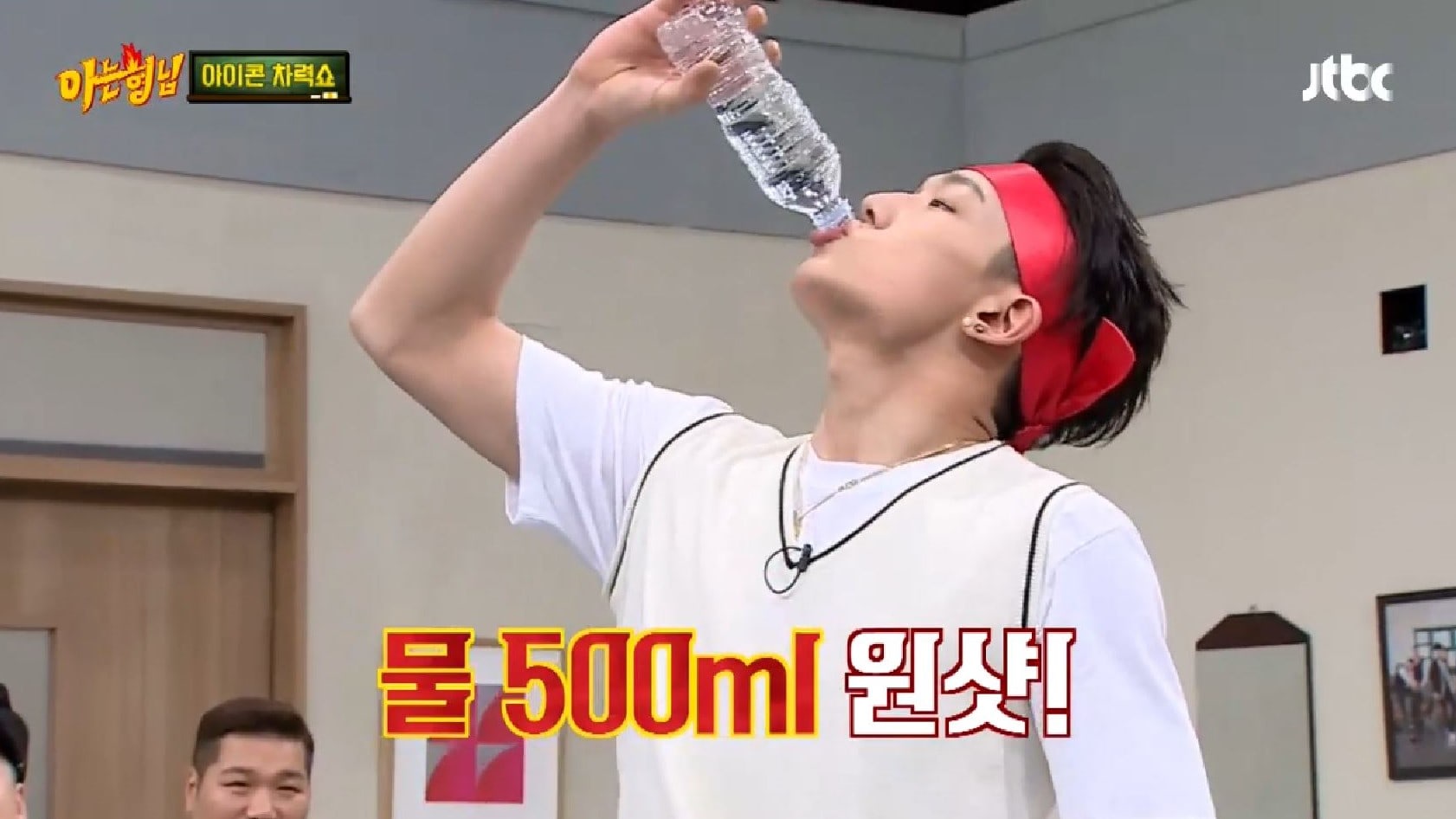 Their next act involved a balloon, which Yunhyeong accidentally popped with his hands. Undeterred, Bobby and Yunhyeong continued on, with their fellow members and Seungri cheering from the sidelines.

Bobby placed laundry clips on each of Yunhyeong’s ears and on his neck before pulling them off all at once. The rest of the cast clapped along, amused by the iKON members’ antics. 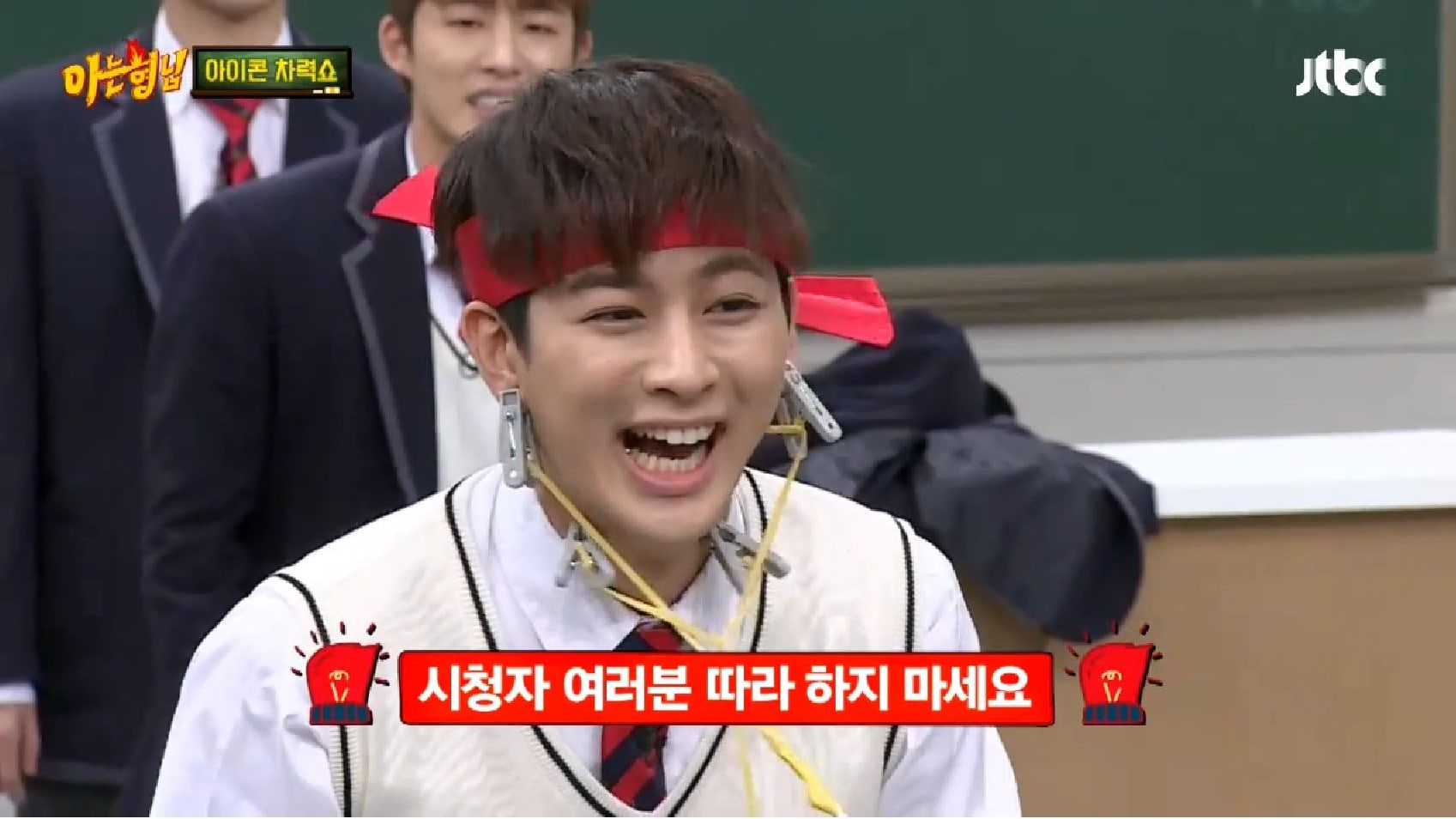 Finally, Lee Soo Geun stepped out with a metal tray and asked Bobby to put on one final demonstration of his strength.

iKON
Knowing Bros
Yunhyeong
Bobby
How does this article make you feel?