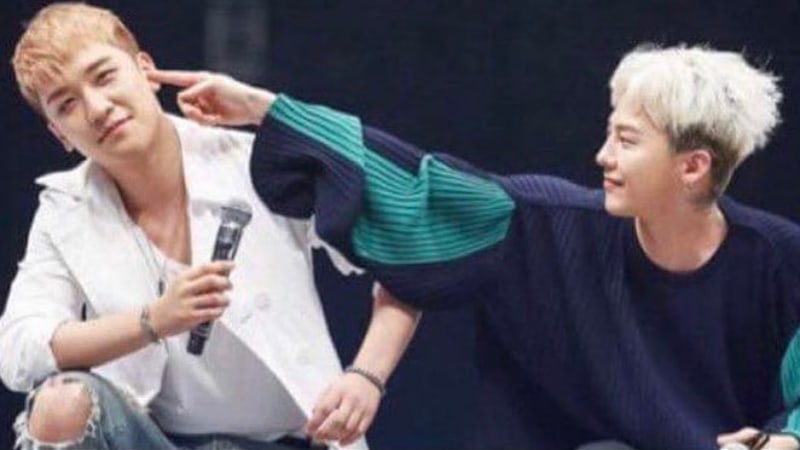 BIGBANG’s Seungri Reveals How G-Dragon Once Hurt His Feelings

On the latest episode of “Ask Us Anything,” BIGBANG’s Seungri revealed that G-Dragon had once hurt his feelings in the past.

During the February 3 episode of the JTBC variety show, Seungri shared, “There was a time during our promotions as BIGBANG when I thought, ‘Even if he’s the leader, this is too much.’ It was the time during our group activities that I felt most hurt.”

Seungri went on to explain that he had fallen ill at a busy time during BIGBANG’s promotions. “Back then, it wasn’t just the [BIGBANG] members who were sick,” he said. “The staff was also exhausted and tired, and everyone was starting to develop cold symptoms.”

However, the story ended on a lighthearted note. “The funny thing is, though,” he went on, “I got better. I toughed it out, and I got better. So after that, I no longer rely on medications.” 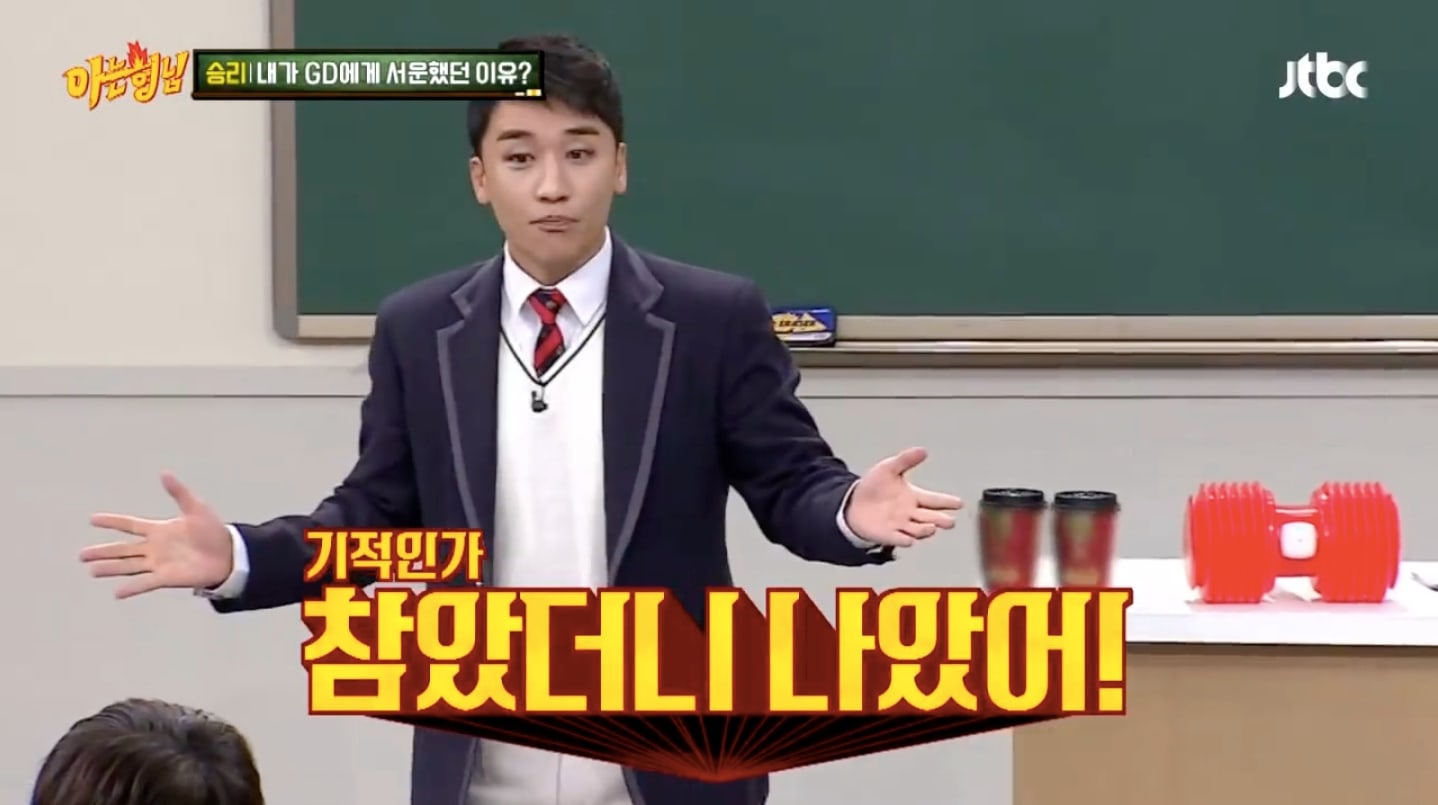 Later on, Seungri shared his thoughts on G-Dragon as a leader. “To me, GD is the leader best-suited for BIGBANG,” he remarked. “When I look back on things now, we went through a lot of ups and downs as a group, and I think it was GD that brought us together as one during all of those times.”

“I can’t imagine anyone else but GD being BIGBANG’s leader,” he concluded.

Seungri also told a story about G-Dragon’s unique perspective. “Not long ago,” he recalled with a smile, “there was a time that really made me think that he’s special.” 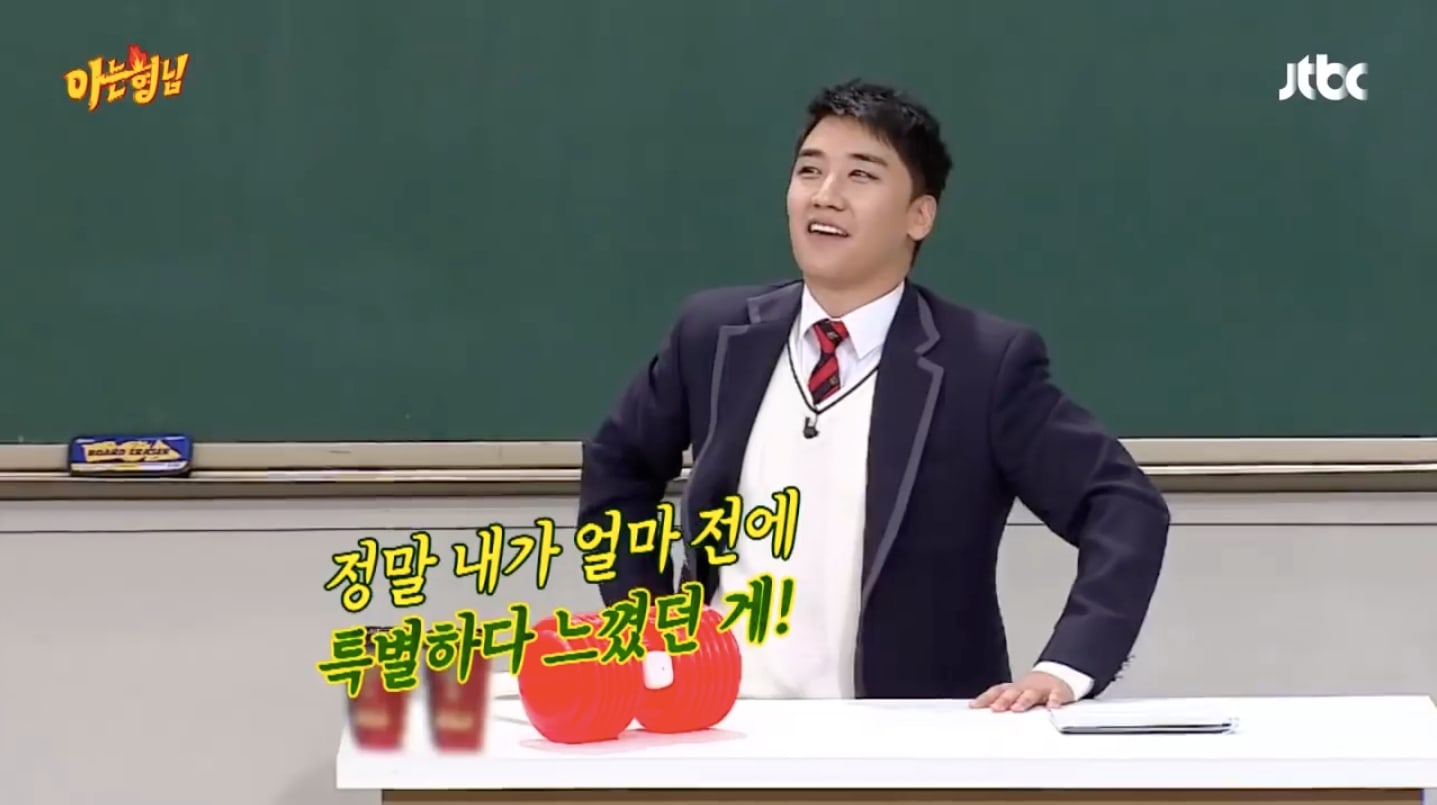 “GD spends his time on Jeju Island these days,” he explained, “so I went to visit him there. I wanted to have a meal and share a drink with him, but GD suddenly said to me, ‘Seungri, I’ll paint a picture for you.’

“So he sat me down and started painting with lots of colorful hues: red, green, yellow, blue. He was looking at me and expressing my energy through the paint. Then all of a sudden, he painted over all of it with black.” 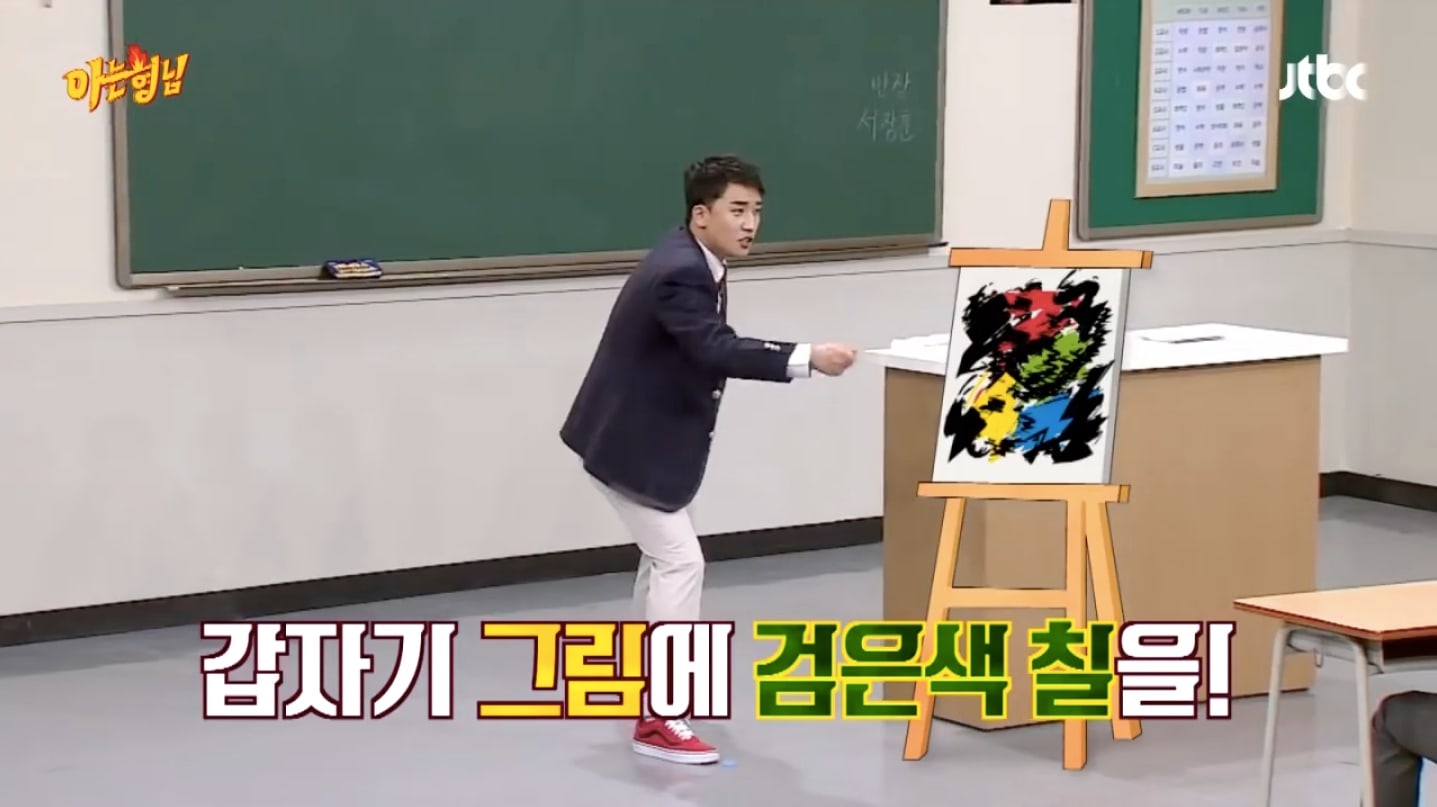 Seungri went on, “Then he said, ‘This is yours.’ I asked, ‘What is this?’ He told me, ‘You’re there, behind the black. Always look inside of yourself.’ So I thought, ‘Wow, this hyung is really an artist.'”

Although Seungri was initially surprised by G-Dragon’s unique artistic vision, he reported that he had gone on to hang the painting on a wall inside his home.

BIGBANG
Knowing Bros
G-Dragon
Seungri
How does this article make you feel?