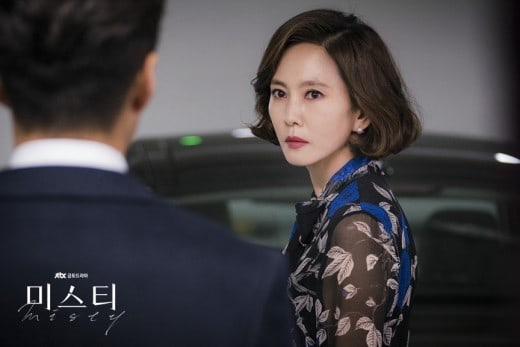 JTBC’s Friday-Saturday drama “Misty” has already enthralled viewers and in the middle of its success stands actress Kim Nam Joo.

According to statistics released by Nielsen Korea, the second episode of the drama that aired on February 3 recorded nationwide ratings of 5.07 percent. This is 1.6 percent higher than the first episode’s ratings of 3.47 percent, and “Misty” has hit the five percent ratings milestone in just two episodes.

“Misty” is a melodramatic mystery drama that follows the story of Korea’s greatest anchorwoman Go Hye Ran (Kim Nam Joo) being investigated as a potential murder suspect and her husband Kang Tae Wook (Ji Jin Hee) stepping up as her lawyer. Their love will be tested as secrets are unveiled and the investigation deepens. Kim Nam Joo’s character is the driving force of the plot and though this is her first drama in six years, she is being applauded by viewers for her flawless acting skills and charisma.

The viewership ratings are especially impressive when taking into account that the drama has a R rating for its first three episodes. Many are already speculating that “Misty” could break the record held by “Woman of Dignity” and become JTBC’s most-watched drama ever.

“Misty” airs every Friday and Saturday at 11p.m. KST on JTBC.

Kim Nam Joo
Misty
How does this article make you feel?