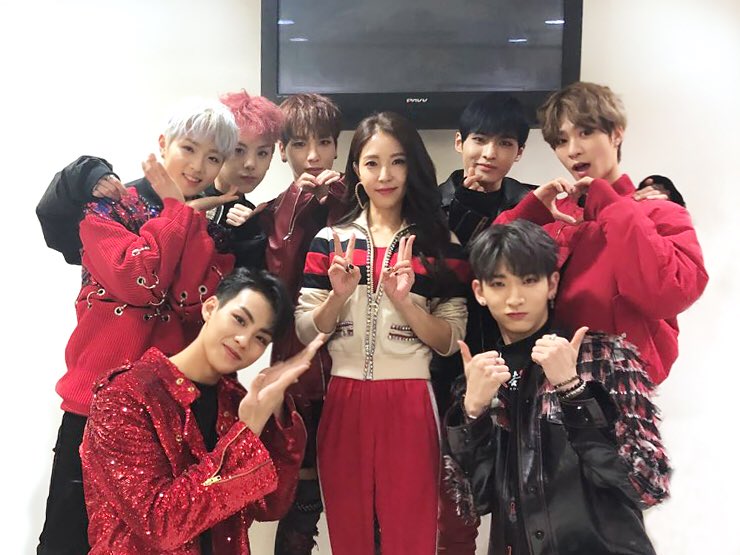 RAINZ has shared a photo from their reunion with “Produce 101 Season 2” mentor BoA! The meet-up occurred on February 4 during the recording of SBS’s “Inkigayo” as both BoA and RAINZ were scheduled to perform that day.

The boy group shared the photo on their official Twitter account with the caption, “It was emotional and thrilling to be able to meet BoA again as a debuted group, not trainees. We will never forget the warm support you gave us, and we will continue to work even harder as RAINZ. Thank you.”

They added a cheeky hashtag that read, “Sung Hyuk doesn’t need to pack his shampoo and conditioner anymore.” This referred back to the first round of eliminations on “Produce 101 Season 2” when member Seo Sung Hyuk was talking about thinking he was going to be eliminated and BoA asked him, “Did you pack your shampoo and conditioner?”

All of the members of RAINZ were once trainees who appeared on Mnet’s “Produce 101 Season 2” in 2017. BoA was not only the MC of the show, but she was also a mentor to the trainees and shared her own experiences as an idol singer.

BoA
Produce 101 Season 2
RAINZ
How does this article make you feel?