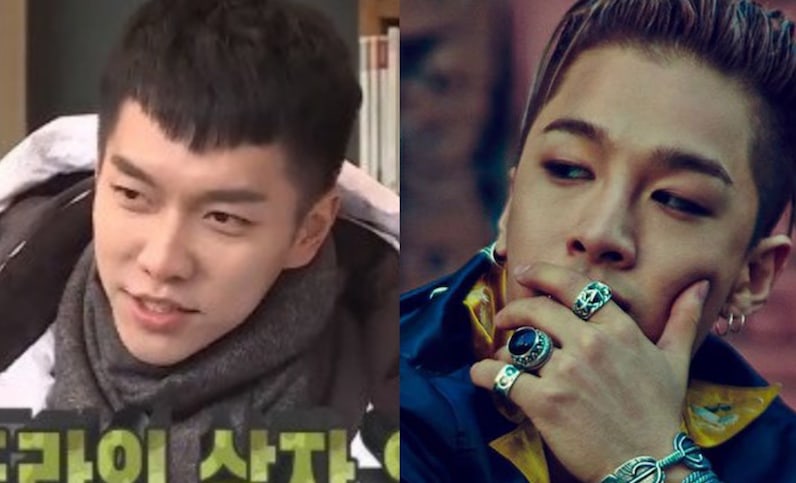 Newly married Taeyang recently made a surprise cameo on SBS’s “Master in the House!”

In the February 4 episode, the cast called Taeyang to get a hint about their new master. Although they didn’t know who it was when they made the call, Lee Seung Gi immediately identified who it was by the voice.

Taeyang hinted at the identity of the new master by saying, “There aren’t a lot of people that I envy but he’s someone I envy a lot. I’ve tried to meet him several times but I have never been able to meet him.”

He added, “He was one of the first to be given a ‘national x’ title.” 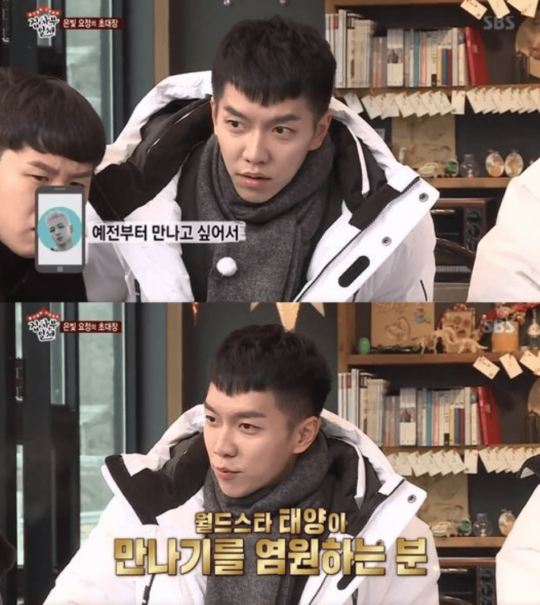 As the show often hilariously references, Lee Seung Gi still has trouble not thinking about and talking about the military, being only a few months since he completed his mandatory service. During the phone call, Taeyang mentioned his own upcoming service and let out a sigh.

Lee Seung Gi chimed in, “If there’s anything you’re having a hard time with, contact me any time. Knowing that your enlistment is right in front of you, I can relate to that feeling. It’s not that hard so hwaiting.” He added, “I’m proud of you.” 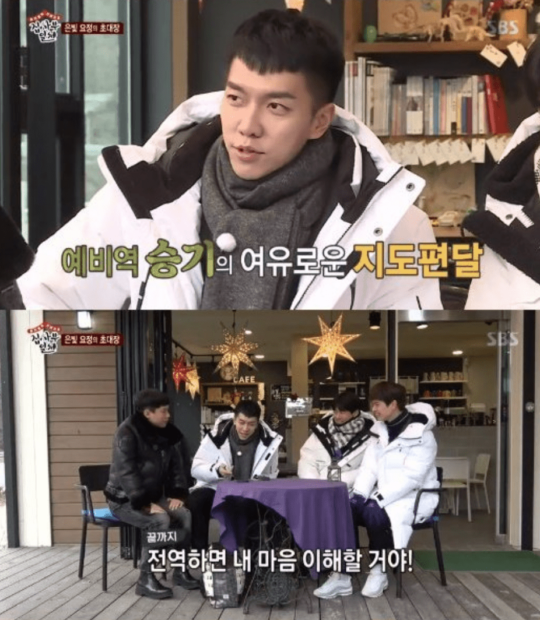 Check out “Master in the House” on Viki below!

Lee Seung Gi
Taeyang
Master in the House
How does this article make you feel?