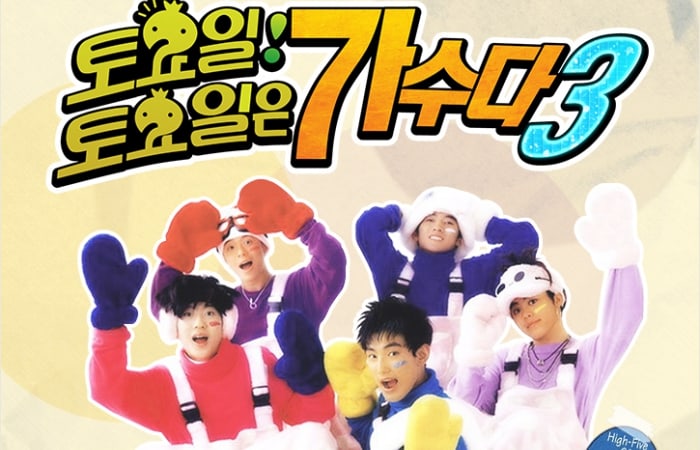 H.O.T. is a first generation idol boy group that debuted under SM Entertainment in 1996. They became “million sellers” with successful sales of their debut album and sold over 6 million albums throughout their career. H.O.T. was the first group to amass over 100,000 members in their official fan club and accomplished receiving the Grand Prize from all three major broadcasting company’s award ceremonies.

Following their final concert in February of 2001, the group disbanded after five years of promotions. 6,198 days after their disbandment, H.O.T. will come back as a group for the first time on “Infinite Challenge.”

Kim Tae Ho began, “All five members of H.O.T. will appear on the Season 3 H.O.T. special of ‘ToToGa’ (Saturday Saturday is for Singers).'”

He continued, “We worked hard to cast H.O.T. since 2014, when we were preparing for ‘ToToGa Season 1.’ But because the members had promoted individually longer than they did as a group, there were many things to discuss and negotiate with their individual agencies.” 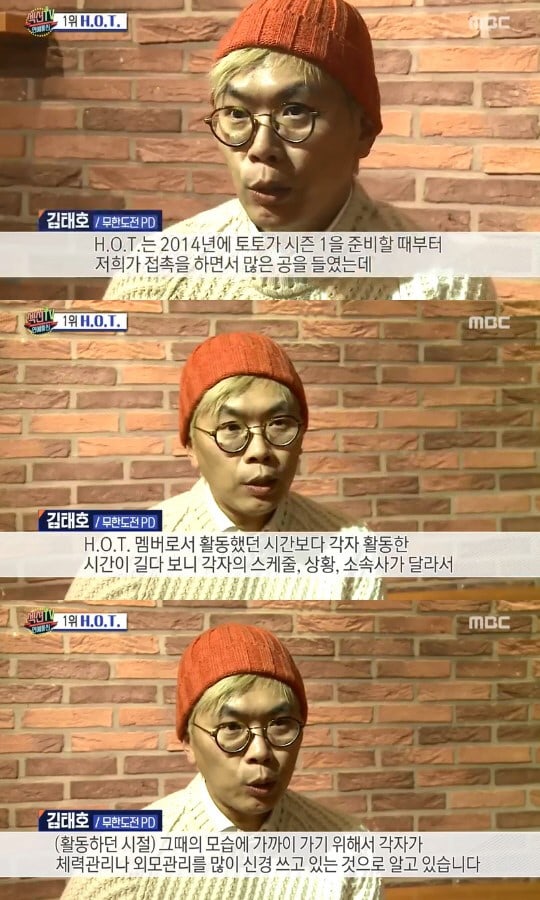 Kim Tae Ho explained, “We were able to get them together again was because we met with each member individually and said, ‘Just think about yourselves and the fans and let’s do this.’ The members agreed to our offer and now they’re preparing for their performance.”

When asked about what the members have been up to, Kim Tae Ho answered, “I know that they’re trying to look as closely as possible to their appearance [when they were promoting]. They’re working on staying fit and paying a lot of attention to their appearance.”

H.O.T’s performance is announced to take place at the MBC Dream Center Open Hall in Ilsan on February 15, the first day of the Lunar New Year. Many fans commented asking for the date and location to be changed to accommodate more fans.

Kim Tae Ho said, “February 15 was the only date that the five H.O.T. members and six ‘Infinite Challenge’ members were available for filming. Many may think of Jamsil Sports Complex, but the weather forecast for next next week is below freezing and very cold. For safety reasons, we thought that that location would be impractical, so we thought of the Open Hall. We checked out many locations and came to this decision after a lot of thought, but we are still thinking if we should try to change it or not.”