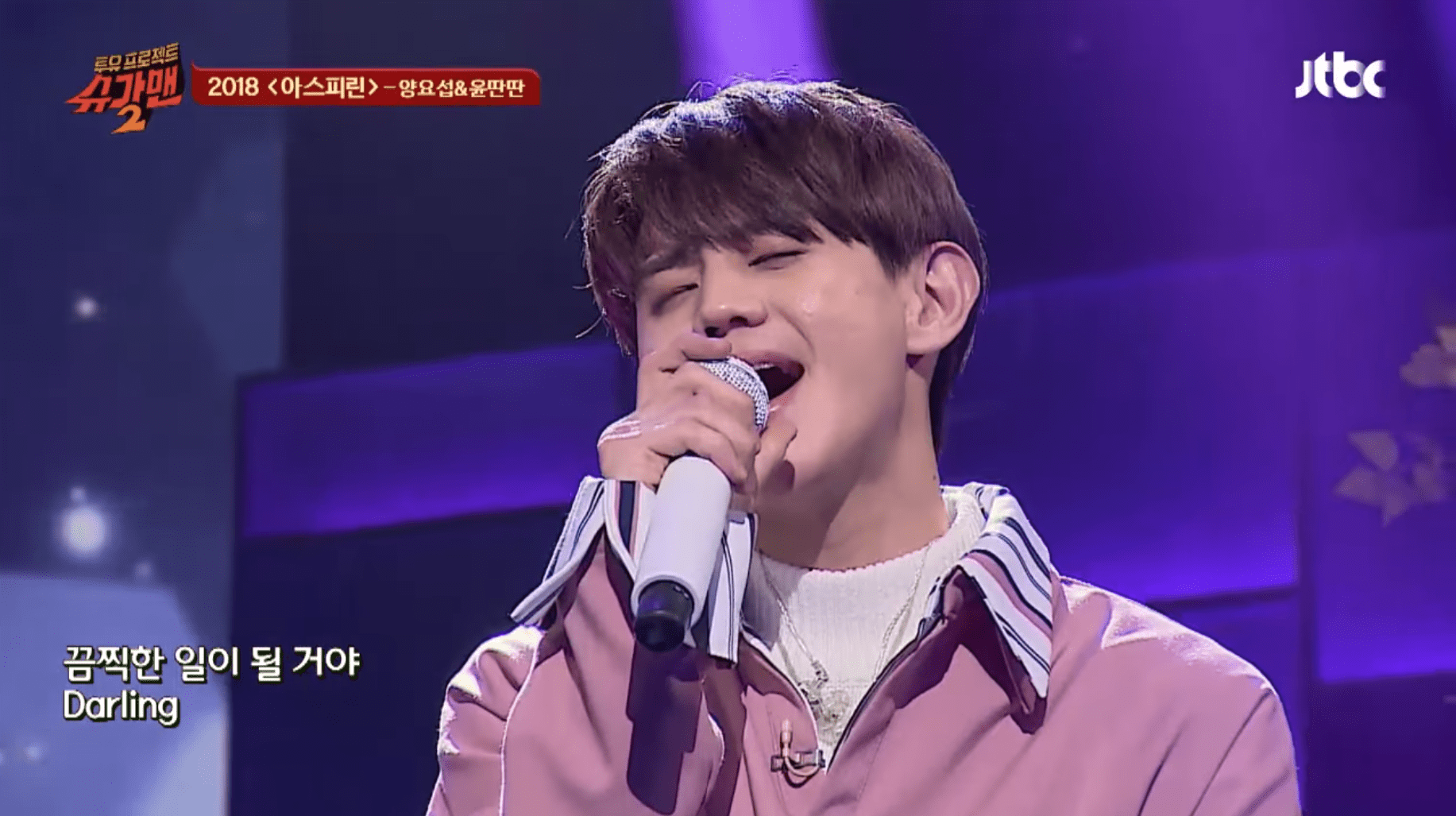 On February 4, Highlight’s Yang Yoseob made his anticipated appearance on “Sugar Man 2!”

Other performers for the episode included singer Wax, the band Eve, and the duo SEENROOT.

Yang Yoseob said before his performance, “I’m releasing a solo album for the first time in six years. With the help of Yoon Ddan Ddan, I was also able to sing on ‘Sugar Man 2.’ I practiced more for ‘Sugar Man 2’ than I did for my own album.”

The two singers collaborated to make an acoustic 2018 version of the song “Aspirin.” Check out the video below!

Yang Yoseob
Highlight
Sugar Man 2
How does this article make you feel?