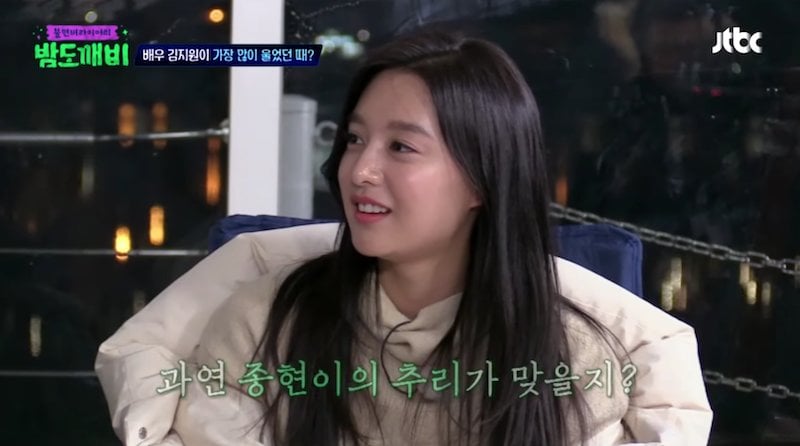 On the February 4 episode of “Night Goblin,” actress Kim Ji Won shared a story behind her casting in KBS drama “Descendants of the Sun.” 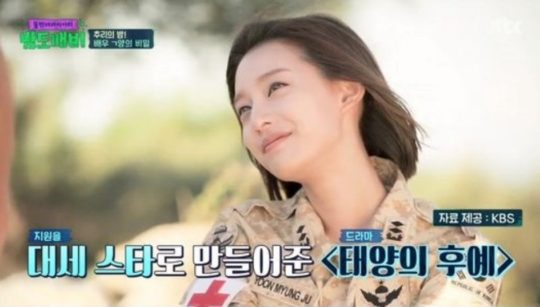 While spending the night with the “Night Goblin” cast, she held a pop quiz for them to get to know her better. When she asked them to guess a reason she once cried, and gave them the hint “Descendants of the Sun,” Jung Hyung Don asked, “Was it because you didn’t get an invitation to the Song-Song couple’s wedding?”

The actress said that she had attended the wedding, to everyone’s jealousy, and the answers just got more silly, asking if she was unhappy with her role or screen time in the drama. Finally, Kim Ji Won revealed that she had cried tears of joy when she was cast in the role because of the writer, Kim Eun Sook.

“I was a fan of hers after I did the drama ‘Heirs,’ and I wondered if I could receive a script of hers again,” she said. “When I heard that they were casting [for ‘Descendants of the Sun’], I never thought that I would get that opportunity.”

“But Kim Eun Sook called me and said ‘Let’s do this together’ and I held the phone and cried and cried,” she concluded. 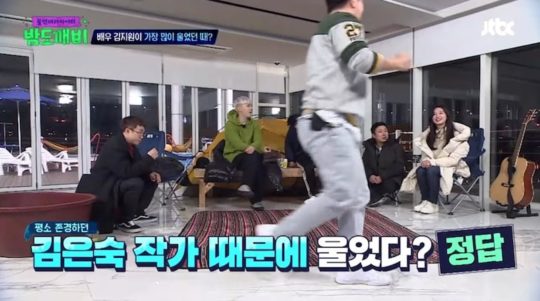 Descendants of the Sun
Kim Ji Won
Night Goblin
How does this article make you feel?