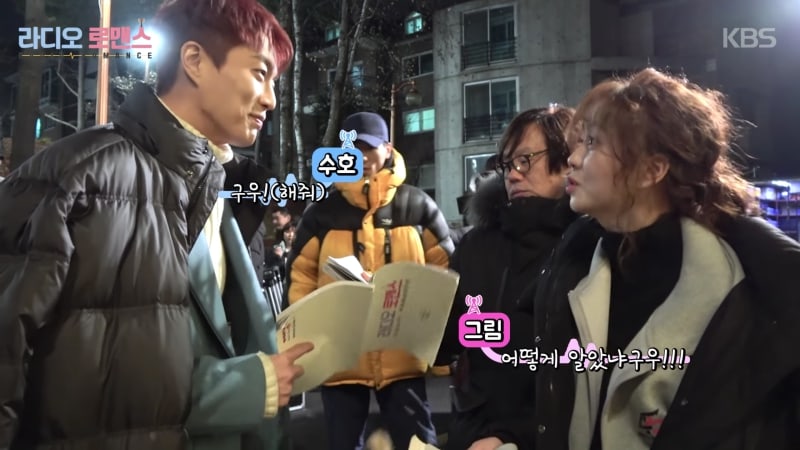 Watch: Highlight’s Yoon Doojoon And Kim So Hyun Are All Smiles While Filming “Radio Romance”

KBS has released a new making video of Higlight’s Yoon Doojoon and Kim So Hyun filming the first two episodes of “Radio Romance.”

In the latest making video, Yoon Doojoon rehearsed to film an action scene for his character’s latest drama. He introduced his stuntman and practiced his upcoming sword fighting scene. Once the camera started rolling, his playful smile was replaced by a charismatic expression as he focused on his action scenes. 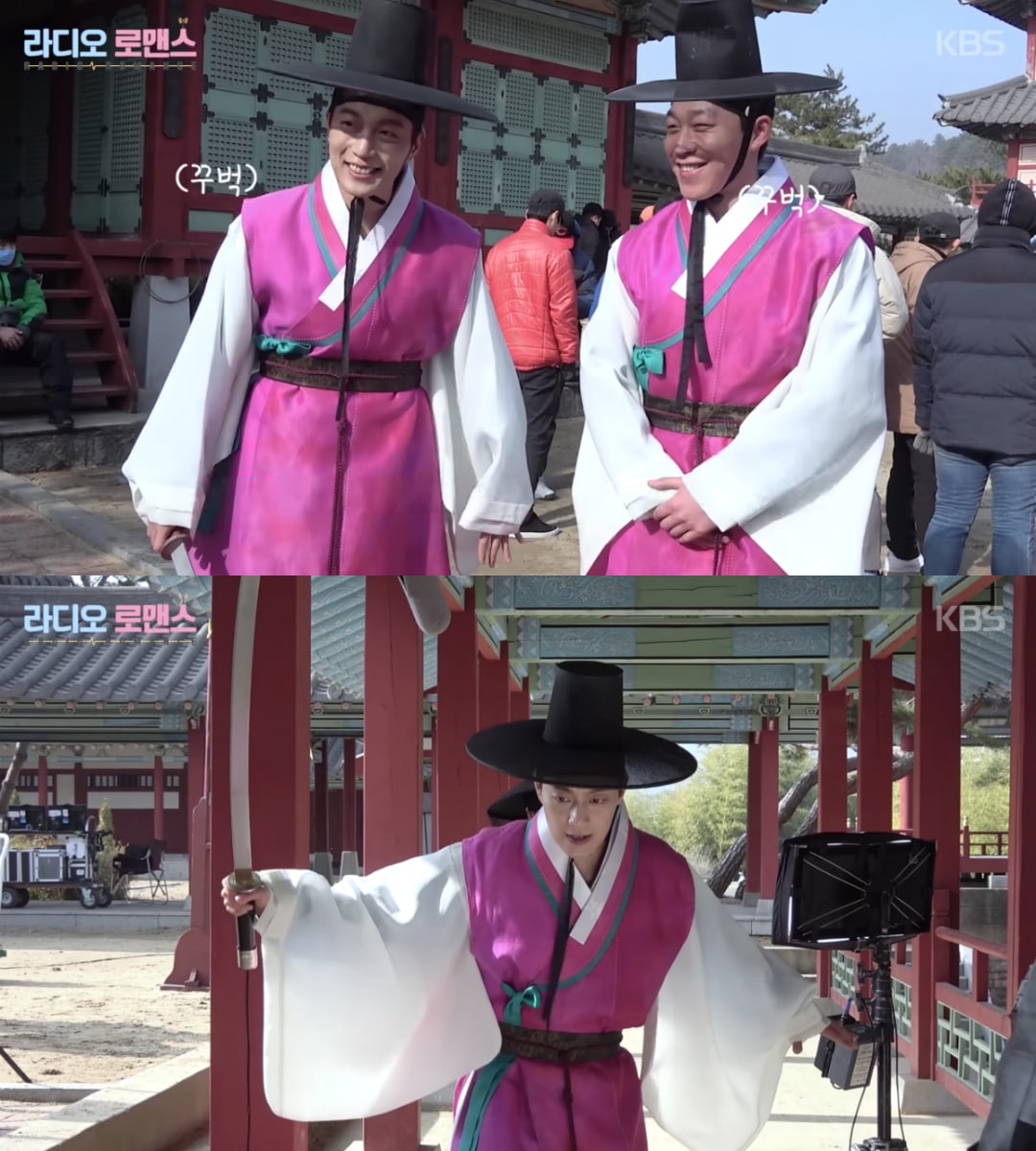 In another scene, Yoon Doojoon and Kim So Hyun were standing in the cold together in front of her character’s home. The two leads were rehearsing the scene where he dropped her off in front of her home. Although it’s a scene where the two characters bicker, the two actors couldn’t help but playfully smile at each other.

Kim So Hyun was then at a fancy bar where she made drinks for the top idol DJ who refused to show up for work. The actress learned how to make a soju torpedo and practiced mixing soju and beer together. She got excited when she got it right and upset when a shot glass fell into a cup. As she took a big gulp of the mixed drink, the captions revealed that it was actually strongly brewed tea.

Kim So Hyun turned to the camera and said she will now be in charge of making the drinks at the team dinner and told the staff to look forward to it. 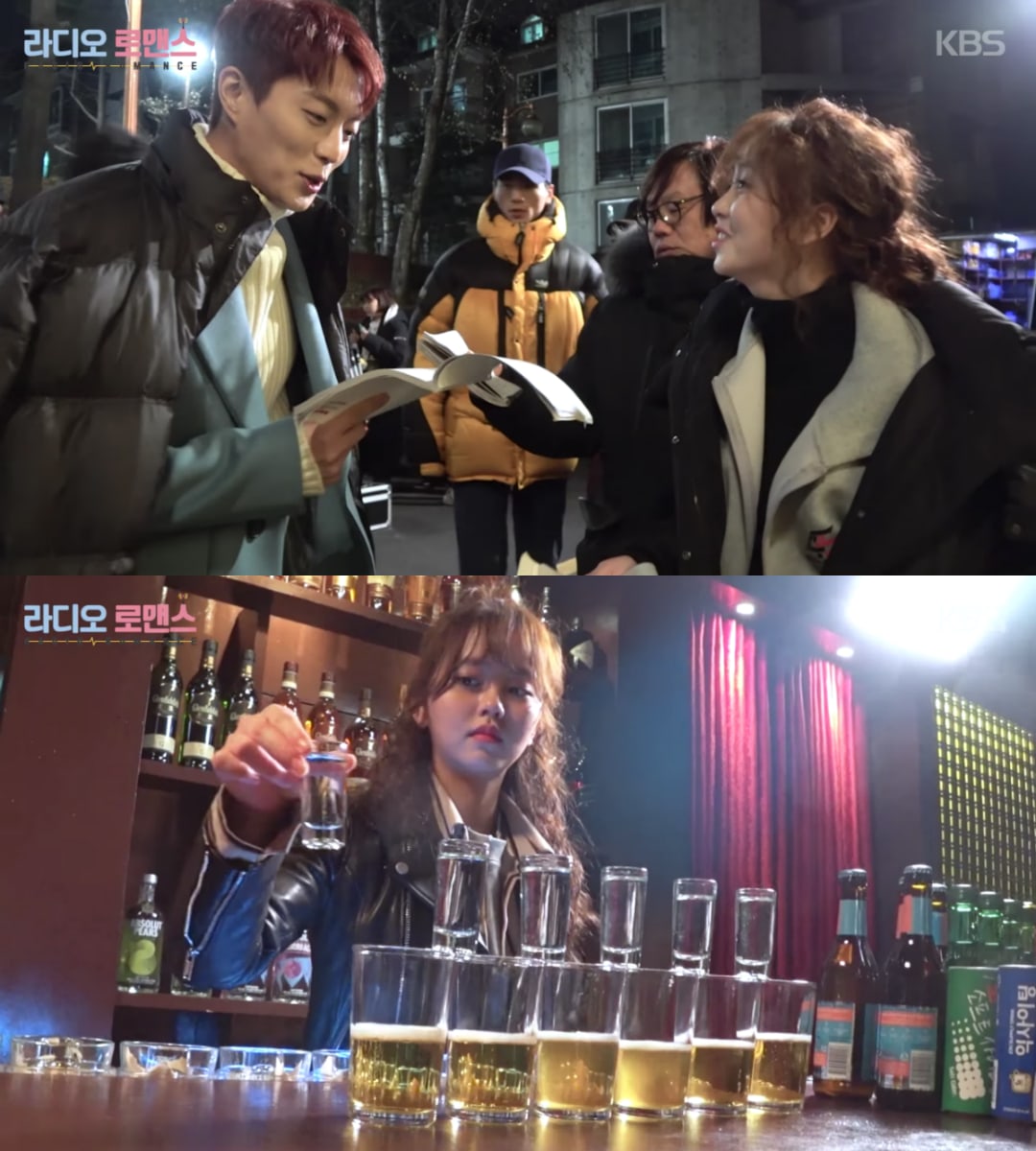 “Radio Romance” airs on Mondays and Tuesdays at 10 p.m. KST. Watch the making video for episodes one and two below!

Catch up with the latest episode of “Radio Romance” now!