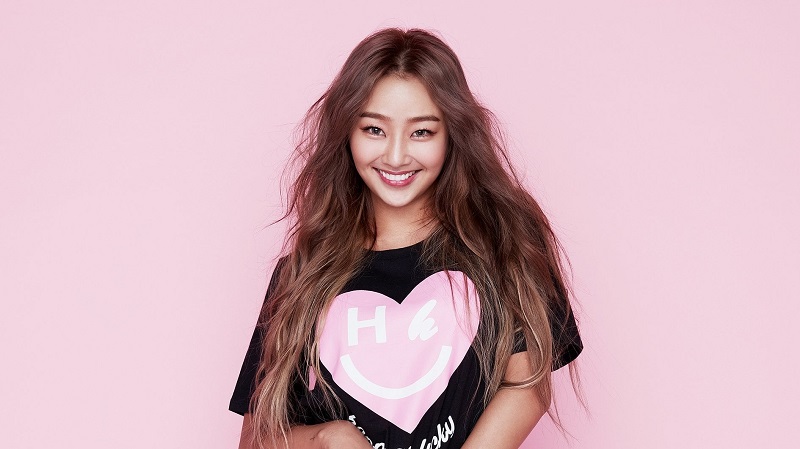 On February 5, Hyorin held a Naver V Live broadcast ahead of the release of her new track, “To Do List.” This single marks Hyorin’s first solo track since SISTAR’s disbandment.

During the broadcast, Hyorin provided fans with various spoilers about her new music. She first explained why she chose not to have artists feature, saying, “It’s a track I prepared for a long time and I wanted to let you hear a lot of me, so I did not have any featuring artists.”

The singer then whispered some of the lyrics, and sang the first verse of the song, leading up to chorus. Hyorin laughed as she remarked, “Even I think I’m too much.” 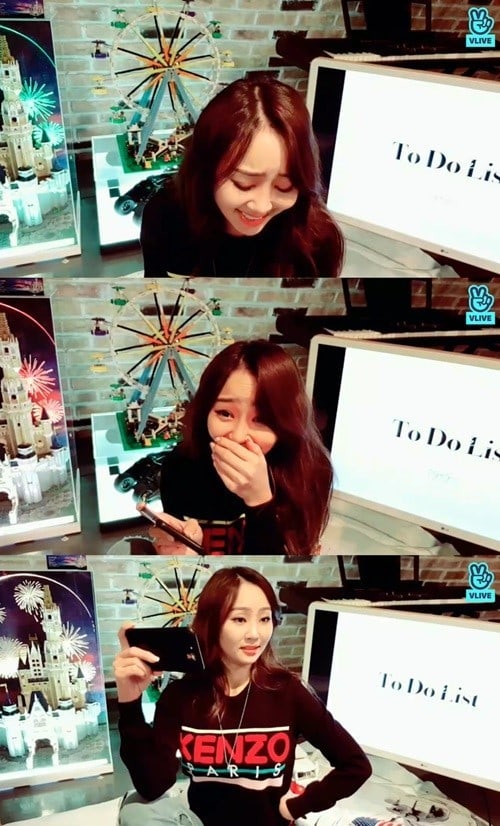 Hyorin’s third spoiler was that she will not be participating in music show promotions this time. She revealed, “I’m not performing on music shows. I want to work hard and show a more refined and perfect image. I’m planning on communicating through music for now. As much as it is disappointing, I will work hard and prepare to greet you guys with a great image.”

Throughout the rest of the broadcast, Hyorin came up with acrostic poems using the title of her new single, “To Do List,” called her fans, and more. She also shared her album jacket photos in honor of surpassing one million hearts on her broadcast. 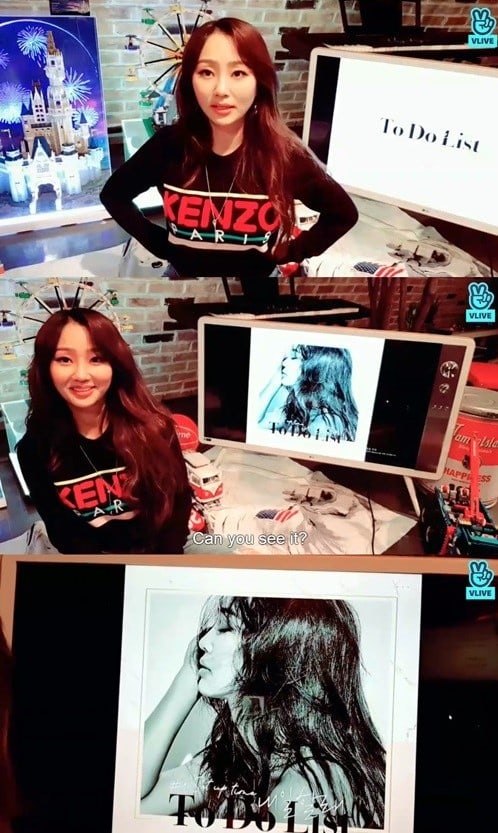 Hyorin concluded by sharing, “‘To Do List’ is a song that’s genuine and full of sincerity. I studied a lot as well. It would be nice if you all received my sincerity.”

“To Do List” is the first of Hyorin’s three-part single project, and will be released at 6 p.m. KST on February 6.