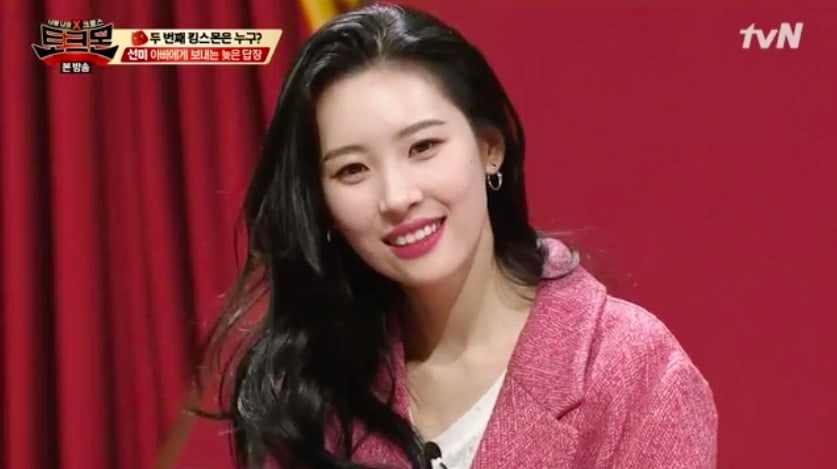 Sunmi has opened up about why she made the choice to become a celebrity when she was young.

The singer appeared as a guest on the February 5 episode of tvN’s new talk show “Talkmon.” When it was her time to tell a story, Sunmi said, “To be honest, this is something that I’ve tried not to talk about. The reason that I decided to become a celebrity was my father.”

She continued, “It was when I was in elementary school, I think in the fourth grade. I lived with my father and my two younger brothers. But my father was a bit sick. He then continued to get more and more sick, and he had to stay at home and wear a respirator. His condition then became worse and he was hospitalized.”

“Our family’s situation was too difficult,” she said. “I was the head of the household, our father couldn’t even move around. I worried about what I could do to solve our problems. I considered everything.” 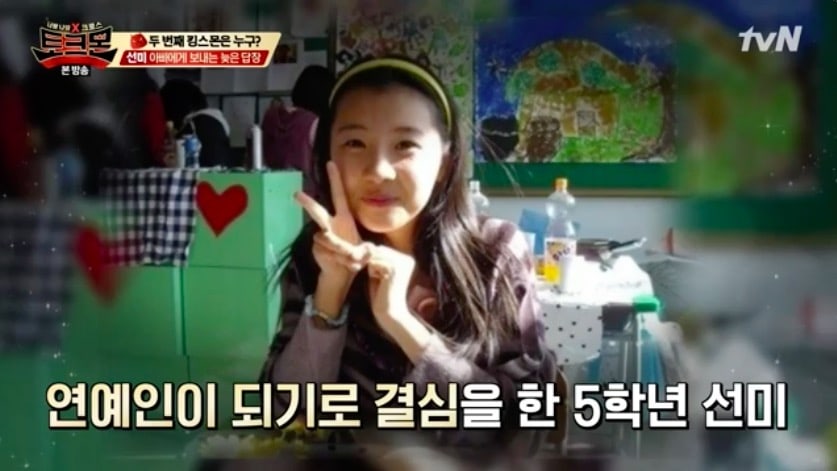 Sunmi explained that her teachers had been kind to her, and suggested that she become a teacher too. However, she knew that it would take her another ten to fifteen years of studying before she could become a teacher, and she needed to be able to earn money for her family in the meantime.

“I knew that wouldn’t work, so I thought to myself, ‘I have to become a celebrity,'” she explained. “I thought of it as the path that would allow me to make money quickly.” 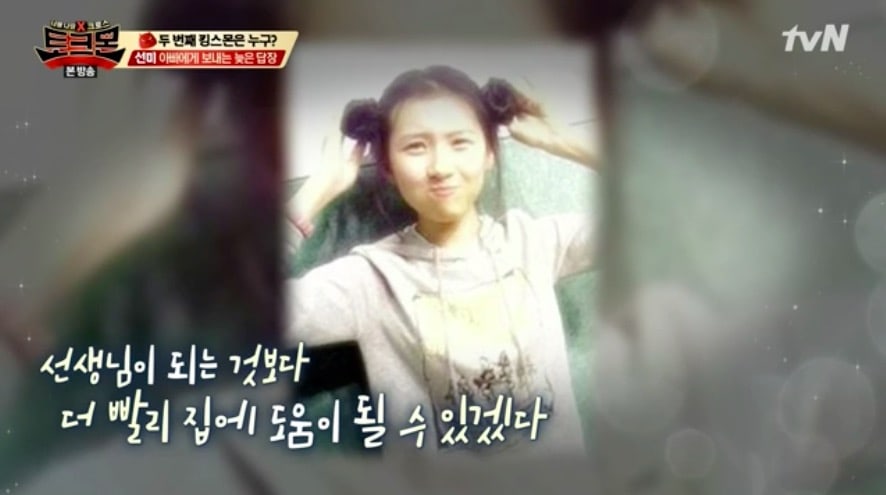 She also shared that she had been inspired while watching BoA on television, as BoA was also young like her. She began taking the bus to Seoul on her own to audition. When she was 14 years old (in Korean reckoning), she passed an audition at JYP Entertainment and moved to Seoul to become a trainee.

Her younger brothers, who were 10 and 12 years old in Korean age, attended to their sick father while Sunmi focused on training so she could debut. 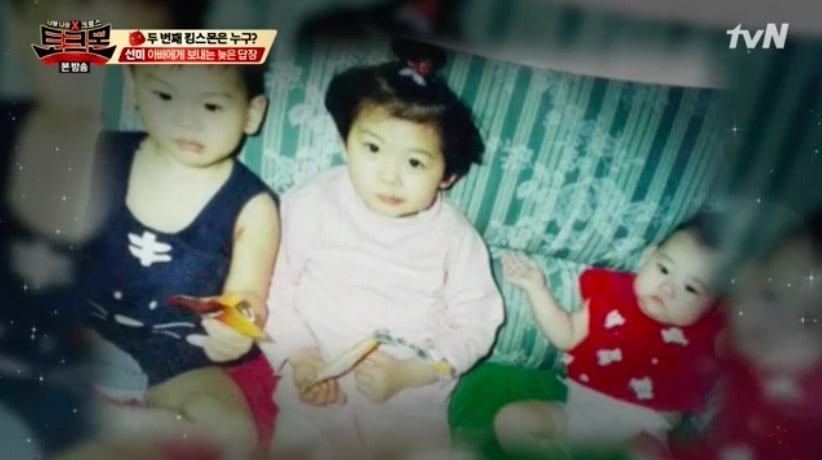 Sunmi smiled as she explained that as his only daughter, her father had a special affection for her, and depended on and doted on her. “He used to send me a lot of text messages, where he would say things that were like complaints,” she said. “He would say things like ‘I’m having a hard time,’ ‘I’m going to leave now,’ or ‘Sunmi, take care of the children.'”

“I always replied,” she said. “But I was honestly having a hard time as a trainee too, I was under stress, and my father was ill. It was too much to deal with at such a young age.”

“One day he sent me a message that said, ‘I’m going to leave first,'” she continued. “I saw the message and sighed, thinking he was complaining because he was having a hard time. I didn’t reply to that message. But he passed away the next day.”

When it was pointed out that that meant he hadn’t seen her debut, Sunmi replied, “That’s right, he passed away exactly three months before I debuted. So I thought, ‘If only he had held on for another three months.'” She then added, “My father’s dream was also to be a singer.” 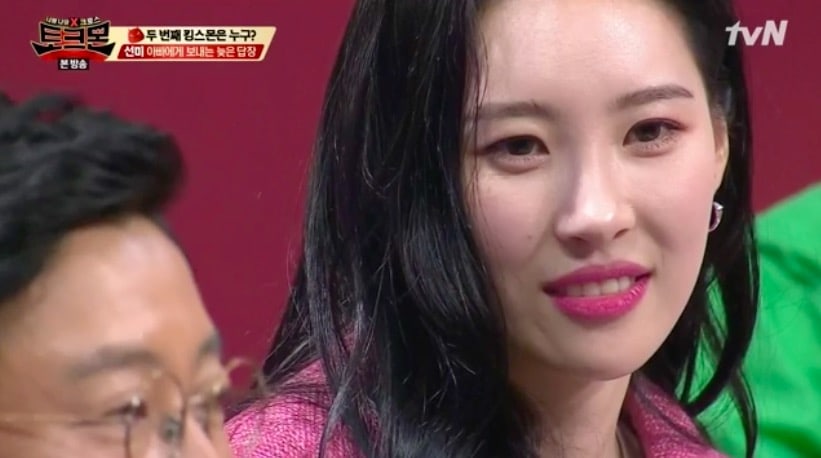 Sunmi also shared that when she had gone home for her father’s funeral, she had seen a letter written to her by her father. “At the end of the letter he’d written, ‘Please be my daughter in the next life too,'” she said.

Sunmi then shared, “The thing that has stuck with me is that I couldn’t reply. And I didn’t pick up the phone. It wasn’t that I couldn’t, I didn’t.” The “Talkmon” cast assured her that it was normal for a young child to react that way.

Sunmi also explained that she hadn’t talked about it since her debut, but that she feels okay to talk about it now because her family is doing well.

Sunmi then sent a video message to her father, where she happily pointed out to him that she was on a television show with one of his favorite baseball players, Lee Jong Beom. She assured him that she is doing fine, and promised to keep doing well in the future.

Sunmi
TALKMON
How does this article make you feel?