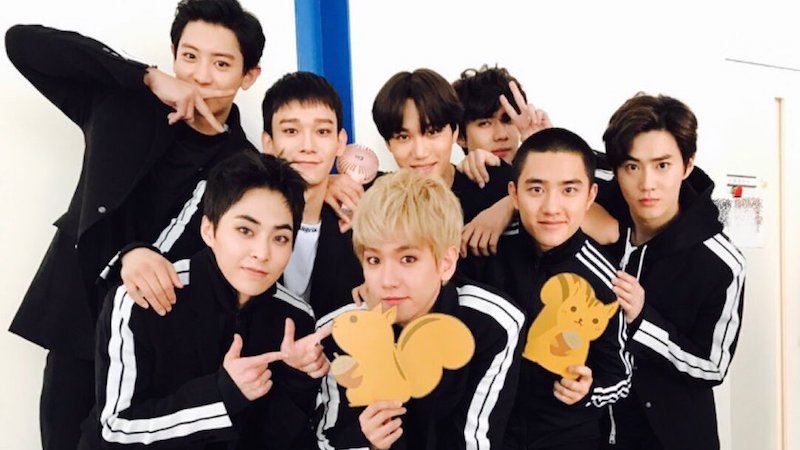 After debuting in first place on Oricon’s single album chart a day ahead of its physical release on January 31, EXO’s first Japanese album has topped another chart.

On February 6, a source from Oricon shared, “EXO’s first full [Japanese] album ‘Countdown’ has recorded an estimated 89,000 units in sales within the first week of release. They have placed first on the weekly chart [dated February 12].” The album also continued in first place on Oricon’s daily album chart for three consecutive days after its release, marking first place four times in total during the past week.

The group first released music in Japan back in November 2015, with their first single “Love Me Right ~romantic universe~.” This is the second time since that single that EXO has placed first on Oricon’s weekly chart after just one week of sales. This also makes EXO the first foreign group whose first single and first album both hit first place on Oricon’s weekly chart.

EXO is currently in the middle of their ongoing fourth concert tour “EXO PLANET #4—The EℓyXiOn,” and will be returning to Japan later this month for concerts at Osaka’s Kyocera Dome.