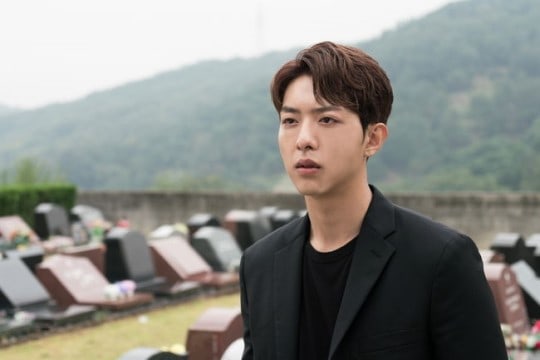 Through his agency FNC Entertainment, Lee Jung Shin shared, “I was happy as I played the role of older Kang Shin Woo on ‘Longing Heart.'” He went on to thank the director, the writers, and the staff for working hard on the drama, as well as the fans who gave the drama a lot of love. He commented, “I worked hard to express the various emotions of Shin Woo who met his past self. I hope that I conveyed these emotions well to the viewers. I will continue to work hard to meet viewers with another good drama.”

Lee Jung Shin played the adult version of Kang Shin Woo who was in a one-sided love with his first love Han Ji Soo (played by Lee Yul Eum) for a long time. His character accidentally goes back in time 10 years and meets the younger version of himself (played by Seo Ji Hoon) as well as the younger Han Ji Soo. Lee Jung Shin portrayed a range of emotions from the innocence of first love, to the heart of a friend, to a love for his mother.

The drama will air its last episode on February 6 at 9 p.m. KST.

CNBLUE
Lee Jung Shin
How does this article make you feel?