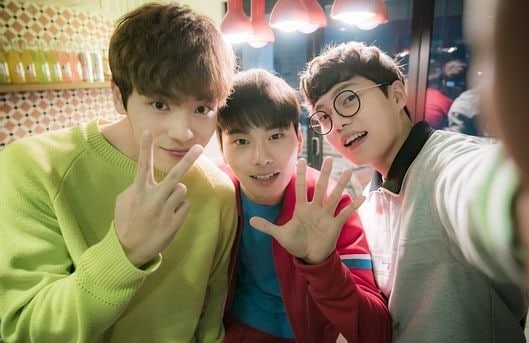 “Waikiki” Cast Picks Things To Look For In Their Drama

JTBC’s new Monday-Tuesday drama “Waikiki,” a drama that follows the story of three youths that run a guest house on the brink of closing down, aired its first episode on February 5 with its comical, fresh energy. The three main leads each shared how they felt about the drama and chose things to look out for going forward.

Kim Jung Hyun transforms into the unlucky, aspiring film director Dong Goo, who is cynical yet kind. The actor commented, “Although the actors and staff are battling colds in this cold winter while filming, we are filming happily and the laughter never stops on set. We hope that this laughter is conveyed well in the drama.” The actor shared that he hoped viewers would focus on empathy in the drama. He explained, “The drama tells the tough reality of youths in a cheerful way, and so I think many viewers will empathize with it. I hope that viewers will forget the cold harsh realities and enjoy the drama with a happy heart.”

Lee Yi Kyung, who takes on the role of trouble-making, thrifty actor Joon Ki who has a carefree energy about him stated, “I’m excited that ‘Waikiki,’ which we worked hard on, is meeting viewers. I think we’ll be able to make people laugh as hard as we’ve worked on the drama. The drama is filled with hilarity that will make you forget the cold harshness of reality, so we hope you will enjoy it.” The actor picked the youths’ transformation in acting as a point to look out for. He commented, “We worked hard to show new sides of ourselves. Please look forward to the actors’ passionate acting, as they threw their whole bodies into it.” 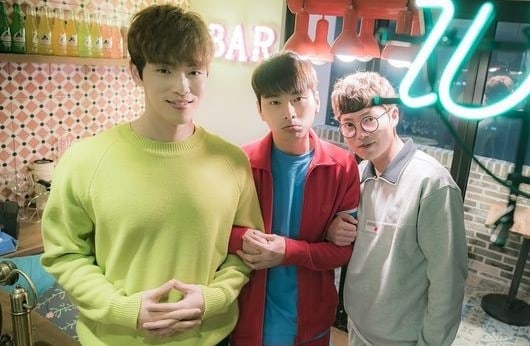 Song Seung Won plays hard-working freelance writer Doo Shik. The actor shared, “I’m excited to be greeting viewers with a new drama since last October and to be showing lots of cheerful energy. We’re hard at work filming with great actors and staff, so please give us a lot of love.” He chose the unpredictable plot and the youths’ chemistry as things to look forward to in the drama. He continued, “The story will present real empathy, lots of joy, and great chemistry between the six youths.”

“Waikiki” airs every Monday and Tuesday at 11 p.m. KST.