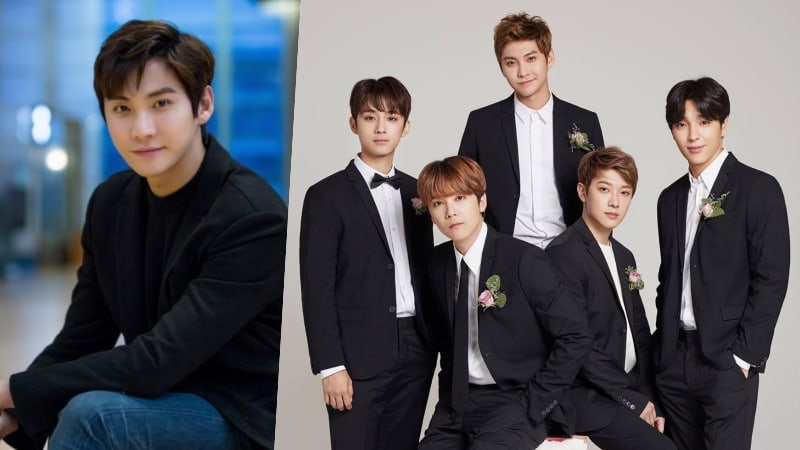 Song Seung Hyun spoke of the strong bond between FTISLAND’s members and stated that they still plan to enlist in the army together.

Showing is affection for his bandmates, Song Seung Hyun said, “We’re mostly of the belief that in a band, all of the members should enlist around the same time. We’re thinking of going in two or three years, but we haven’t set a date yet or anything. Lee Jae Jin is really passionate about acting, but he also does his best for the band and I think that’s amazing. Lee Hong Ki is very passionate about music and he’s great at leading us in a good direction. He has a star quality and sometimes, he’s still like a baby but he has big dreams about our music.” He added with a laugh, “Choi Jong Hoon recently scolded me because he thought I was focusing too much on my play and not on FTISLAND, so I immediately apologized.

Though he is currently busy playing the leading role in the play “Yeodo,” Song Seung Hyun stated that he is also focusing on preparing for FTISLAND’s upcoming activities. He revealed, “We’ll be having a fan meeting in Japan in late-February. I have to start rehearsing for it while also appearing in ‘Yeodo,’ but I’m happy to be able to do both. We might be holding concerts in April and May as well, and I’ll do my best as always if we do. If I get the chance, I’d also like to appear in more stage productions too.”

Song Seung Hyun expressed gratitude for the opportunity to grow as a stage actor through “Yeodo” and thanked his fans for their support. He stated, “After every show, I try to give out signatures to the fans who ask for them. I’m grateful for all of the fans who come to see me. I see a lot of older fans, and there are fans who fly in from Japan. There are even parents who accompany their daughters to watch me.”

FTISLAND
Song Seung Hyun
How does this article make you feel?