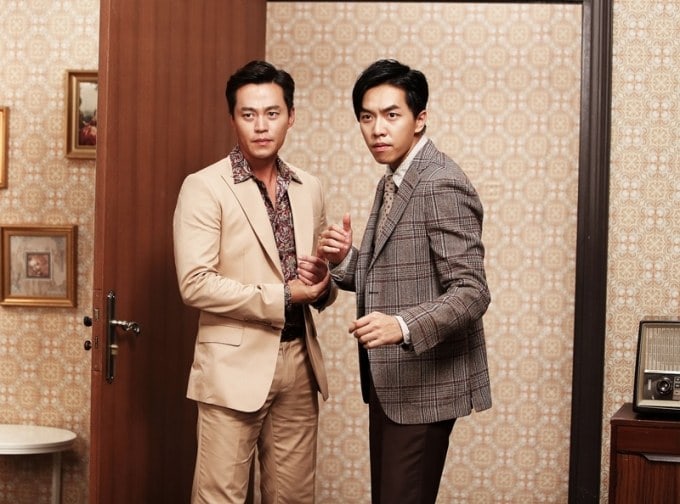 The two actors have been close ever since they came together under the same agency. They have talked about their friendship on various shows and interviews and both have a close relationship with PD Na Young Suk, who had cast them in shows like “2 Days & 1 Night” and “Three Meals a Day.” Both of them have appeared on instalments of the “X Over Flowers” series, though not at the same time.

On February 3, Lee Seung Gi posted on his Instagram a photo of a gift that Lee Seo Jin had sent him on the set of his drama “Hwayugi.

In the caption he wrote playfully, “Last night, while ‘Youn’s Kitchen 2’ was airing, Executive Director Lee’s coffee and food truck appeared on the set of ‘Hwayugi.’ Thank you, Seo Jin hyung.”

“Executive Director Lee” is Lee Seo Jin’s unofficial title on the show “Youn’s Kitchen 2,” where each of the staff members has a position in their self-run restaurant. That title was also on the posters and banners for the food truck and coffee truck.

Check out “Hwayugi” below:

Edit: A previous version of this article contained an error about the actors’ agency.