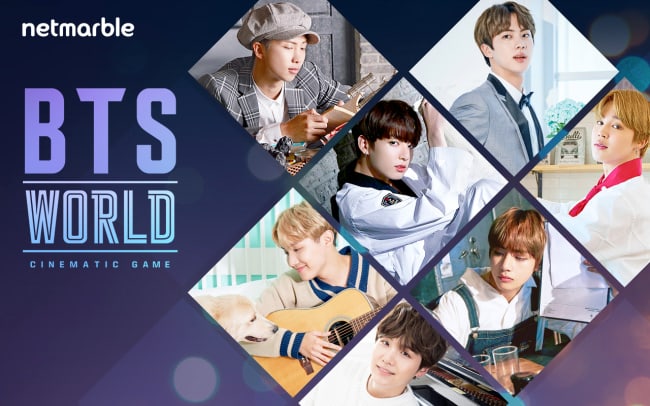 BTS will be the star of a new game!

On February 6, Netmarble Games held a press conference and revealed one of their latest projects, BTS World. As its title suggests, the game will feature the BTS members, and players will be tasked with managing and developing the members. Described as a “cinematic game,” it attempts to combine K-pop and “K-gaming” through a new format.

Chairman Bang Joon Hyuk shared, “Over 10,000 photos and 100 videos will be exclusively revealed in the game. The members of BTS took part in photo shoots, acted, and recorded a new track for this game.”

He stated, “This will be an attempt at fusing games across cultures. I believe that games should develop a new genre by collaborating with movies, dramas, performances, and such. Beginning with BTS World, we will take on new challenges of combining games with various cultural content.”

BTS World will be released sometime in the first half of the year.