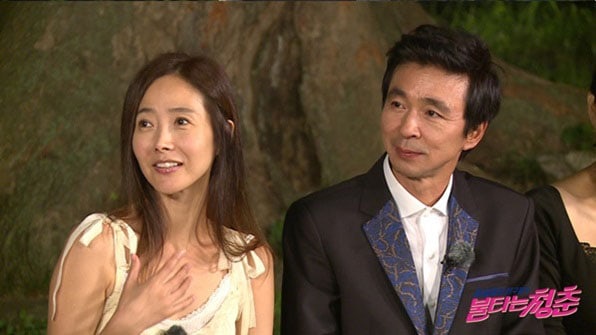 Kim Gook Jin and Kang Soo Ji are set to tie the knot this May!

During the episode of SBS’s variety show “Burning Youth” that aired on February 6, the couple announced that they will be getting married in May. As many articles had been published speculating their marriage, the two were bombarded with questions from the other cast members as soon as they entered the studio. They calmly answered everyone’s questions, revealing that they had set the wedding date for May at the suggestion of Kim Gook Jin’s mother.

Kim Gook Jin and Kang Soo Ji met and fell in love on the set of “Burning Youth.” They went public with their relationship in August 2016 and their love story has received a lot of public support, earning them the nickname “Chihuahua Couple.” Viewers had followed the two middle-aged celebrities as they fell in love, and had expressed their hopes for the couple to tie the knot.

The couple has openly talked about their affection for each other on various shows, with Kang Soo Ji even appearing on an episode of MBC’s “Radio Star,” of which Kim Gook Jin is an MC, to talk about their relationship.