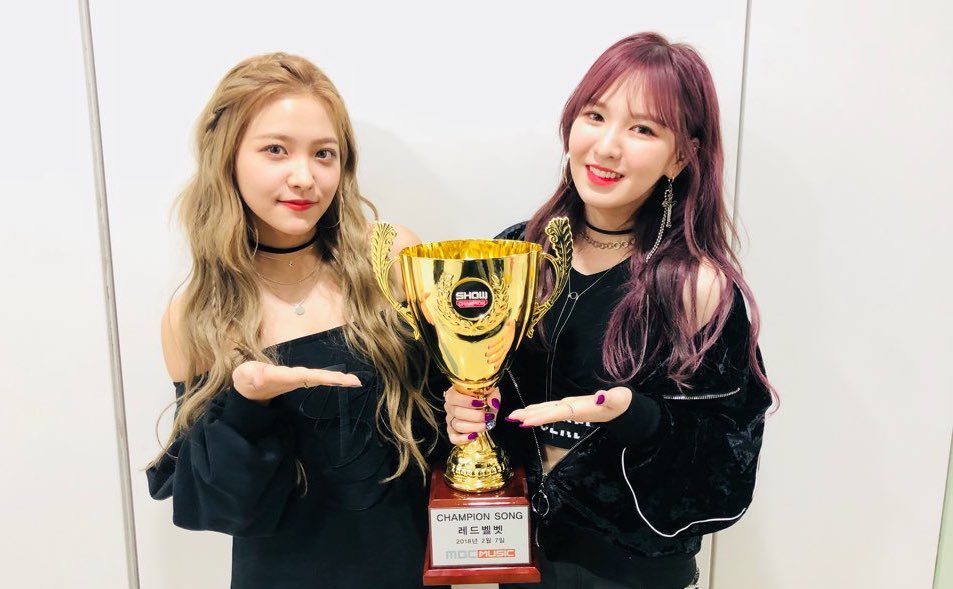 Red Velvet has won their first trophy for “Bad Boy” on “Show Champion”!

On the February 7 episode of “Show Champion,” Red Velvet’s “Bad Boy” was nominated for first place along with MOMOLAND’s “BBoom BBoom,” iKON’s “Love Scenario,” Oh My Girl’s “Secret Garden,” and Chungha’s “Roller Coaster.” Red Velvet came in first place, and Wendy and Yeri accepted the award for the group as the other members were unable to attend the ending.

gugudan – “Lovesick” and “The Boots”