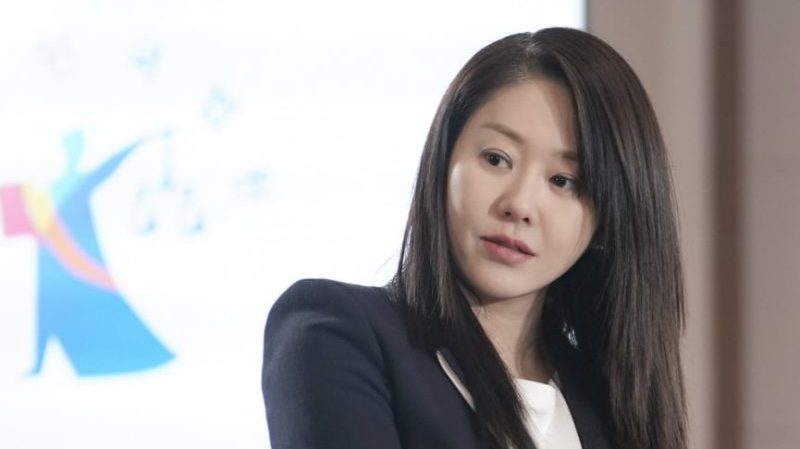 Following the announcement from the network that Go Hyun Jung had left the drama, her agency released a statement on February 8. They wrote, “Hello. This is IOK Company. We apologize for our late official statement. We would like to offer our sincere apology to the viewers for having caused so much concern when ‘Return’ was receiving so much love.

“Actress Go Hyun Jung has officially left SBS’s Wednesday-Thursday drama ‘Return.’ All this time, Go Hyun Jung has filmed the drama with responsibility and affection. However, there was a difference of opinions with the directing team concerning the production process, and yet, even after trying to adjust this as much as possible, she couldn’t close the gap between them. Therefore, after much discussion and thought, she has decided that it will be difficult to continue filming.

“Rather than blaming someone, we have decided to accept SBS’s notice of departure due to the fact that it is only right that the person who is said to be the problem should leave for the sake of the drama. We apologize that Go Hyun Jung will not be able to fulfill her responsibility as the lead actress, and express apologies to the entire cast and crew of ‘Return.’

“We hope that you will continue to have much interest and love towards ‘Return.’ IOK Company and Go Hyun Jung would like to send our encouragement and support to ‘Return’ as viewers. Thank you.”

It was reported on February 7 that there had been a large fight on the set of “Return” between Go Hyun Jung and the producing director. The report has not been confirmed.

Following SBS’s announcement of Go Hyun Jung’s departure, the network has stated that they are currently looking into replacing the lead role.

You can watch the latest episode of “Return” below.

Go Hyun Jung
Return
How does this article make you feel?