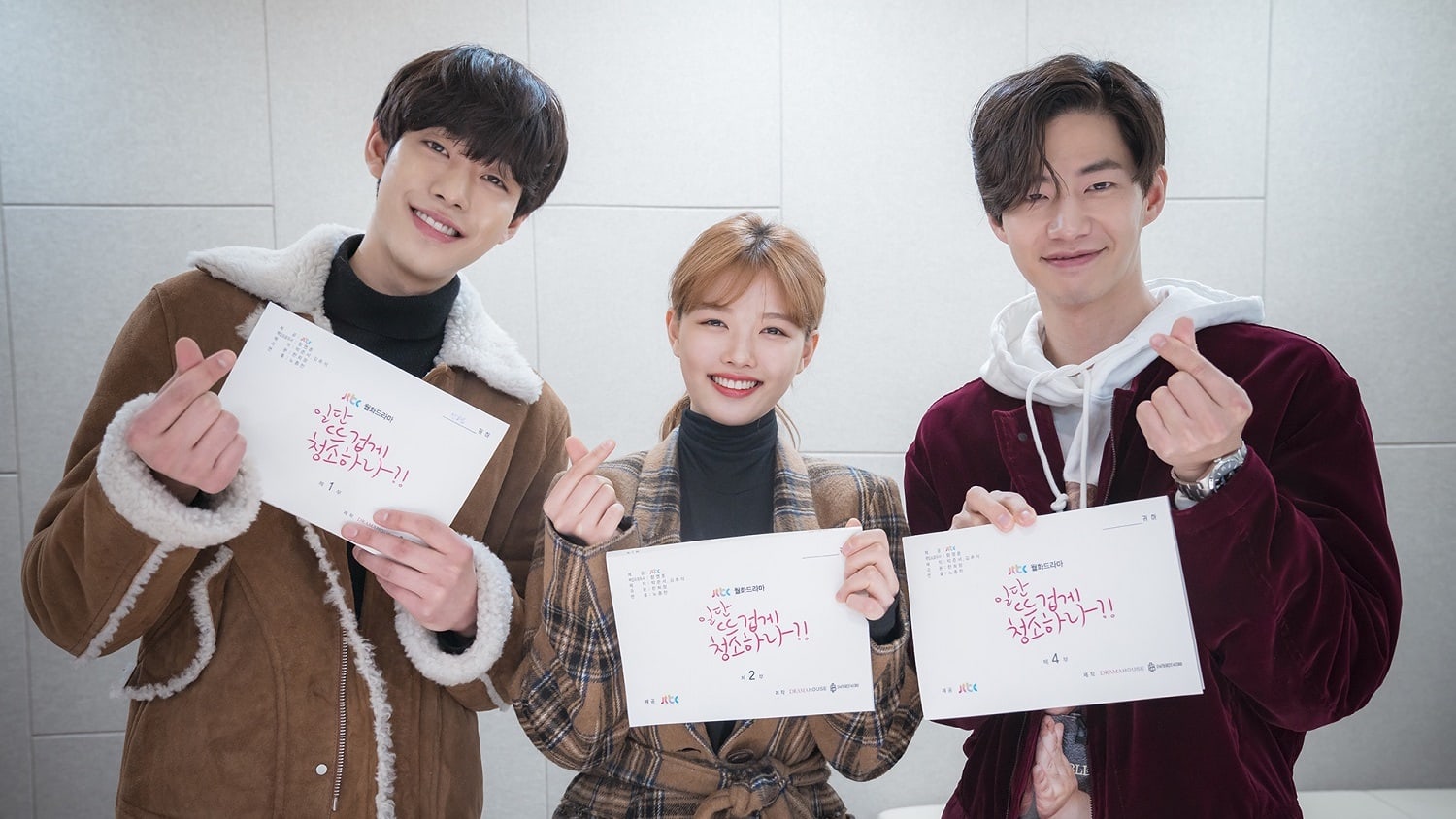 On February 8, upcoming JTBC drama “Clean With Passion For Now” (literal translation) released photos from their first script reading, held on January 30, where the cast shared excitement and laughter.

The drama is a romance between Kim Oh Sol (played by Kim Yoo Jung), a passionate woman looking for a job who puts more importance in her life than in cleanliness, and Jang Sun Kyul (played by Ahn Hyo Seop), the handsome CEO of acleaning company who finds cleaning more important than his life. Based on a webtoon of the same name, the drama boasts a talented cast which also includes Song Jae Rim, Yoo Sun, Ahn Suk Hwan, Kim Won Hae, Kim Jung Nan, Min Dohee, Kim Min Kyu, Hak Jin, Cha In Ha, and Lee Do Hyun. Actors Kwak Si Yang and Woo Hyun are also set to make a special appearance in the drama.

Before the script reading, director No Jong Chan stated, “I’m happy to be working with actors whom I respect and am a fan of. I hope that you all will show fun acting while in the setting the staff have created.” Writer Han Hee Jung commented, “It’s an honor to be working with you all. I’ll write happily and while having fun, so I hope you all will film in the same mindset.”

Kim Yoo Jung promised, “I’ll liven up the filming site with bright energy,” while Ahn Hyo Seop commented, “I’m still lacking a lot, but I’ll do my best.” Song Jae Rim, whose role Choi Goon is a new character that did not appear in the original webtoon, also promised to work hard.

For the next four hours, the cast showed off their chemistry-filled teamwork. Kim Yoo Jung led the script reading with her unique energy, making others laugh with her character’s easy-going personality while also immersing into the more emotional scenes. Despite Jang Sun Kyul being his first lead role, Ahn Hyo Seop was able to amazingly embody his character’s prickly and cleaning-obsessed personality, perfectly reading the long names of various particles and viruses. Song Jae Rim also added to the fun of the script reading by easily slipping into his mysterious character.

The other cast members also contributed exceedingly well to the script reading. Yoo Sun, who plays Jang Sun Kyul’s rigid secretary, made a big impact with her stable acting, while Min Dohee, who plays Kim Yoo Jung’s best friend, brought her character alive with each and every line. Kim Won Hae, famous for creating hilarity on set, once more made the cast erupt in laughter with his ad-libbing and even perfectly imitated the actors who weren’t able to make the script reading. Actress Kim Jung Nan, who plays Ahn Hyo Seop’s mother, also showed off her character’s personality with her strong, indispensable acting. 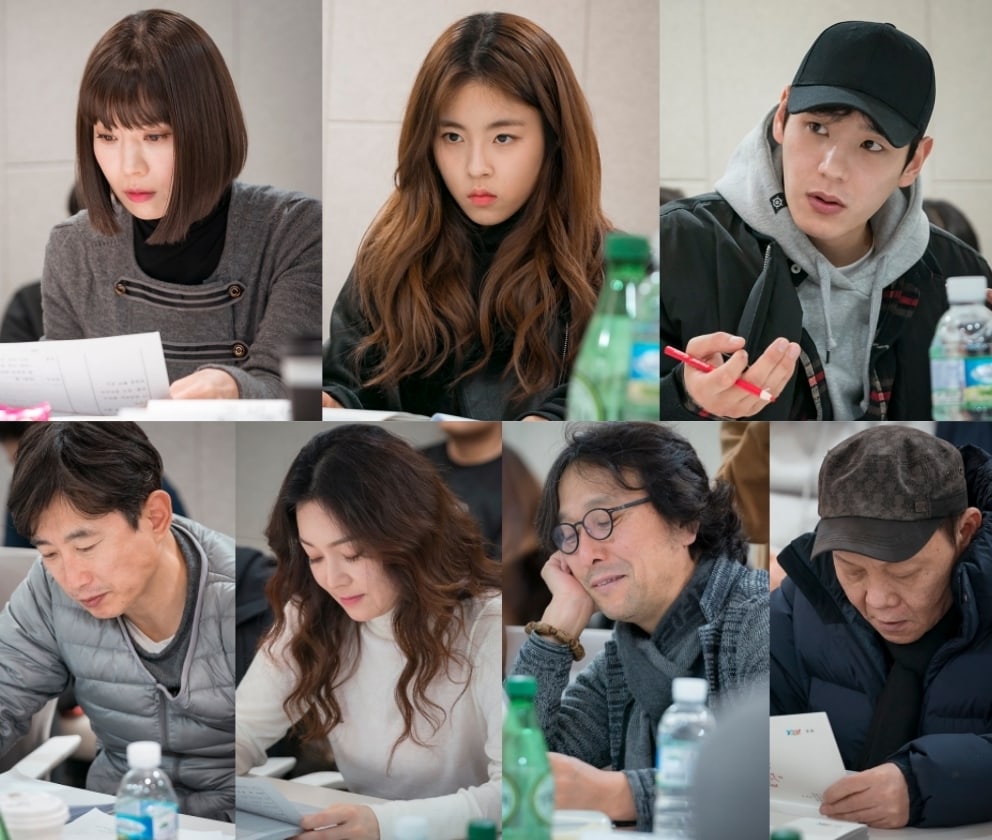 A source from the drama stated, “As a drama that fits the bright season, we plan to make viewers excited with this drama. With Kim Yoo Jung, Ahn Hyo Seop, and Song Jae Rim’s bright, positive, youthful energy and their acting synergy, the drama will be fresh and warm.”

“Clean With Passion For Now” will air after “Waikiki” in April.