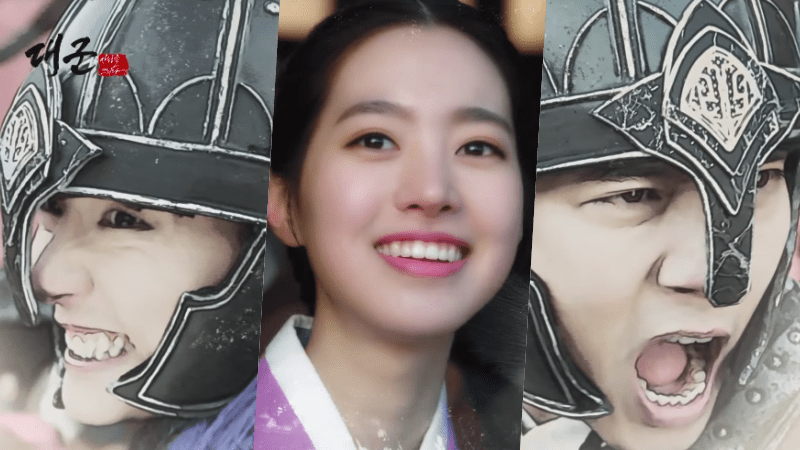 Another teaser from upcoming drama “Grand Prince” has been revealed!

The short teaser shows Yoon Shi Yoon dropping a chrysanthemum into the water only to have Joo Sang Wook shoot the flower with an arrow. This symbolizes the struggle between the two characters as they love the same woman (Jin Se Yeon).

TV Chosun’s upcoming historical drama “Grand Prince” has revealed a trailer ahead of its premiere!

Staged in the Joseon Era, “Grand Prince” tells the tale of two brothers who are willing to do anything, including killing each other, in order to gain the favor of the woman they love.

In the fast-paced trailer, Jin Se Yeon (the aforementioned woman) appears to be a spectator of a match of sorts between Yoon Shi Yoon and Joo Sang Wook. In flashing scenes, attempts on the lives of Jin Se Yeon’s and Yoon Shi Yoon’s characters seem to be portrayed, along with many of the other cast members looking tense.

“Grand Prince” will be available exclusively on Viki. Check out the action-packed, suspenseful teaser as you wait for its March premiere!

Grand Prince
How does this article make you feel?