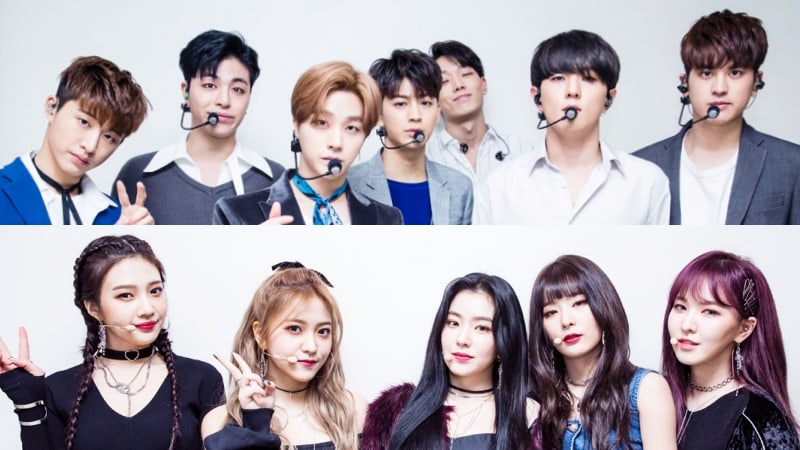 On February 8, Gaon revealed chart results for the week from January 28 through February 3. 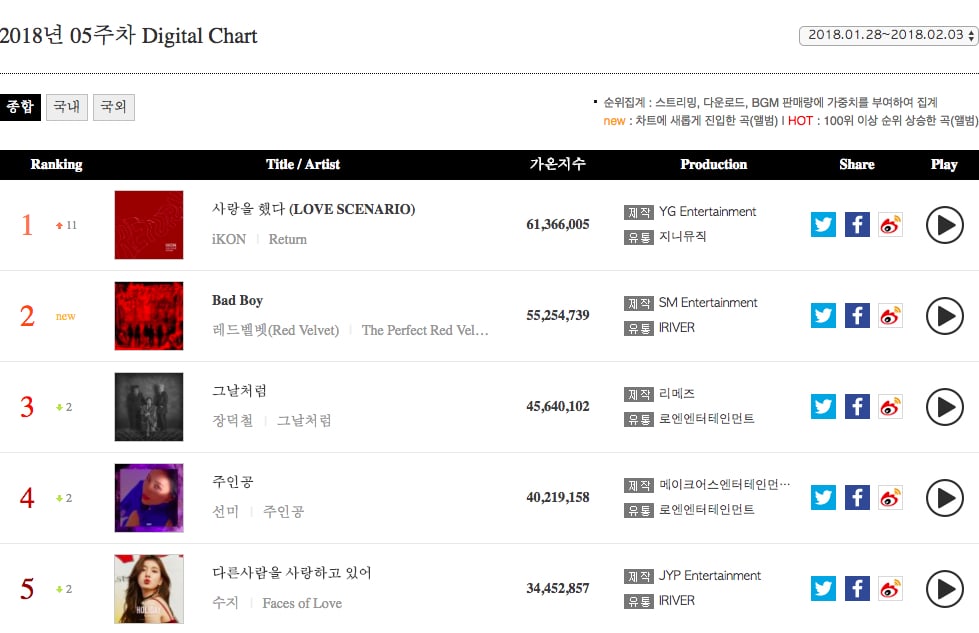 “Bad Boy” is first and “Love Scenario” is second on the download chart. Jonghyun’s “Shinin'” took third and Suzy’s “Holiday” is a new entry in fourth. “Heroine” took fifth. 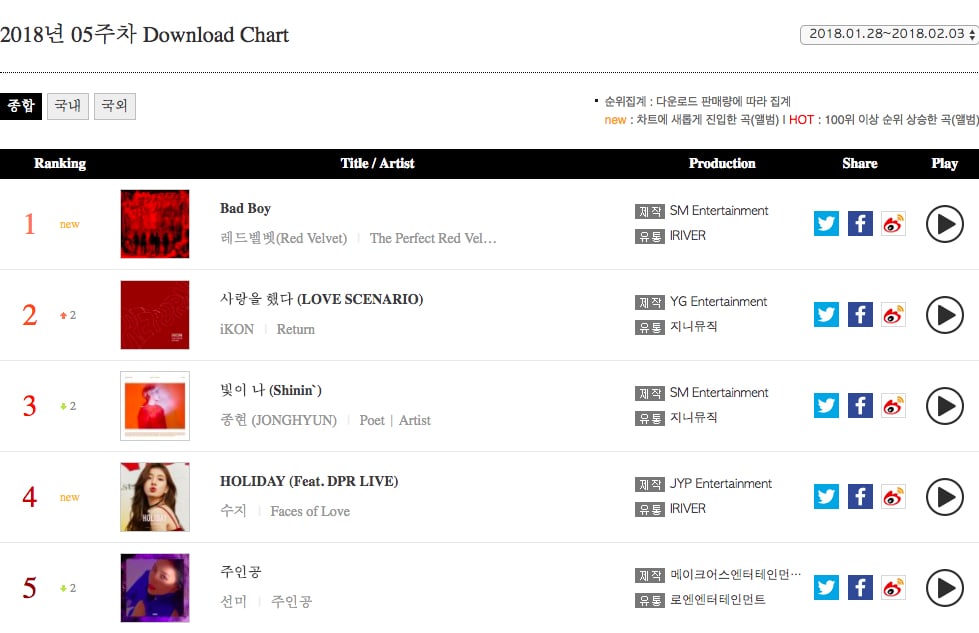 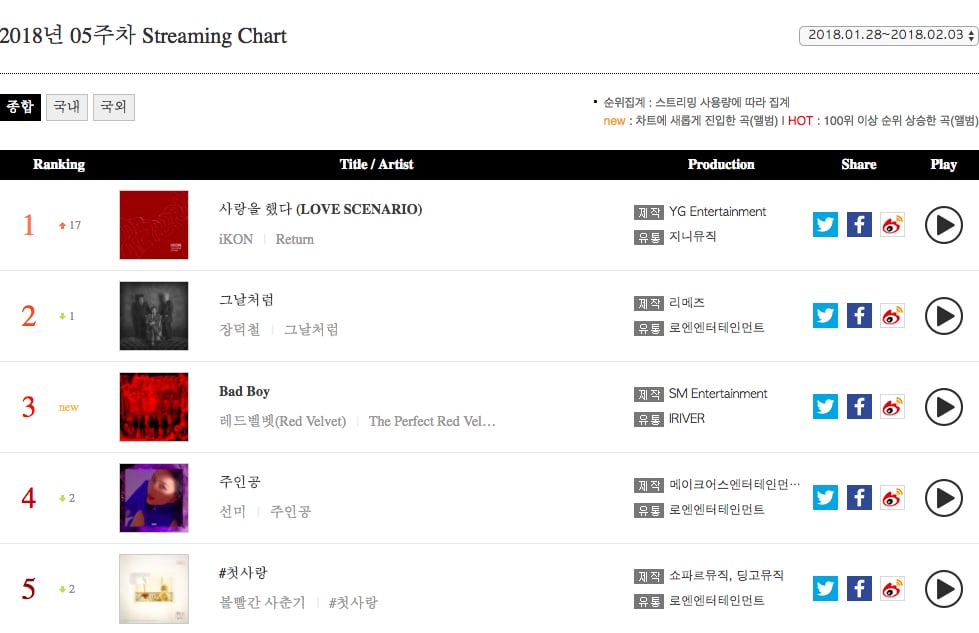 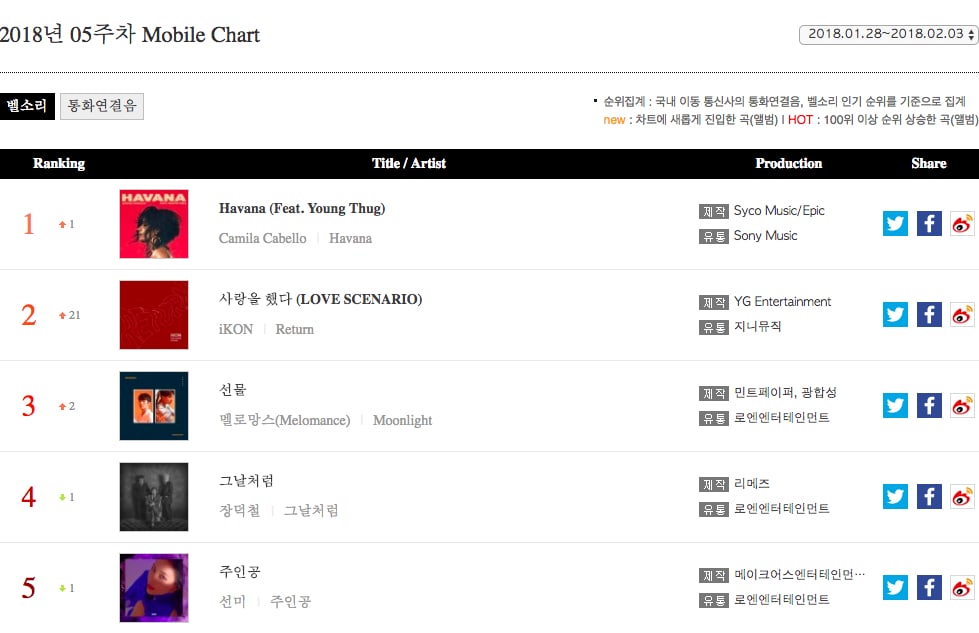 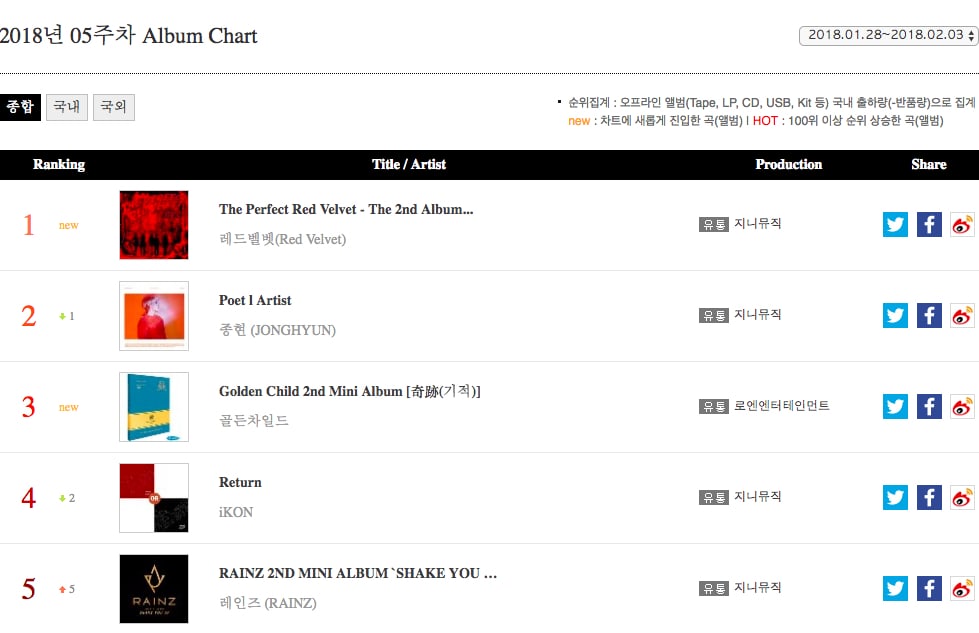 The top five of the social chart, which is a result of data from YouTube, Twitter, and YinYueTai, have not changed since last week’s ranking. BTS and TWICE took the top four spots, and “Heroine” placed fifth. 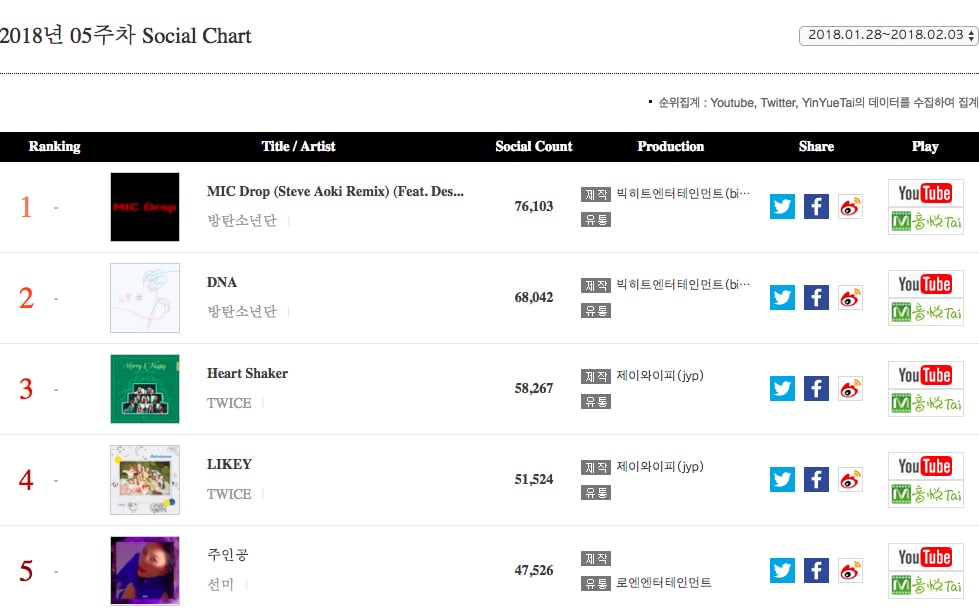