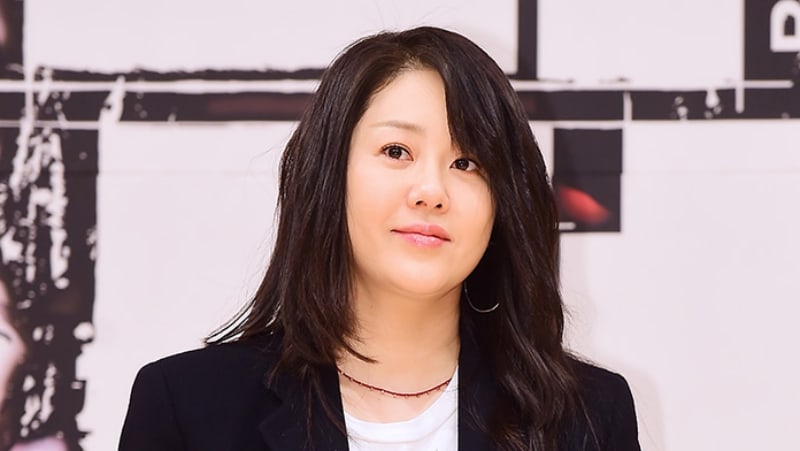 Actress Go Hyun Jung has denied reports that her sudden departure from “Return” was due to her physically assaulting the drama’s producing director.

On February 7, it was reported that leading lady Go Hyun Jung had fought with Joo Dong Min, the producing director (PD) of SBS’s “Return.” The network responded by confirming, “Due to the significant level of conflict between Go Hyun Jung and the production staff, it has become impossible for them to continue to work together. We are currently looking into replacing the lead actor.”

The next day, Go Hyun Jung’s agency spoke up about the allegations that she had physically assaulted the “Return” PD. On February 8, a spokesperson for IOK Company remarked, “There was a misunderstanding. It’s true that there was a verbal conflict and an argument over a difference of opinion. While it’s true that she did shove him, she did not grab him by the collar [as reported].”

The agency also explained why it had not addressed the reports of physical assault earlier on, when it had confirmed earlier that day that Go Hyun Jung would be leaving the drama.

“We thought that if we told our side of the story, it would aggravate the situation and fuel more arguments over whether there had been physical assault or not, so we remained silent,” said the agency. “Go Hyun Jung doesn’t want to inflict damage on the drama’s staff by commenting further. However, because it appeared that the rumors of physical assault were being taken as fact, we wanted to clarify the matter.”

The spokesperson added, “We ourselves were shocked at the nonsensical reports of physical assault.”

Additionally, Go Hyun Jung’s agency denied that the conflict had arisen from a dispute over screen time. “It wasn’t that she thought she should have a lot of screen time because she was the lead. As filming progressed, [Go Hyun Jung] felt that the nature of her character was changing. So she expressed her difference of opinion, and there was a clash resulting from the disagreement.”

Finally, the agency stated, “Go Hyun Jung is sorry to both the [drama’s] staff and the viewers that this kind of situation has arisen. As this is the first time in her acting career that something like this has happened, she is especially sorry to the staff with whom she worked hard together. As the drama is not yet finished, she hopes that it is completed as successfully as possible.”

As previously reported, “Return” will not be airing during its usual time slot on February 8. Instead, SBS will be airing a preliminary curling match from the 2018 PyeongChang Winter Olympics.

Watch the latest episode of “Return” below:

Go Hyun Jung
Return
XPN
How does this article make you feel?