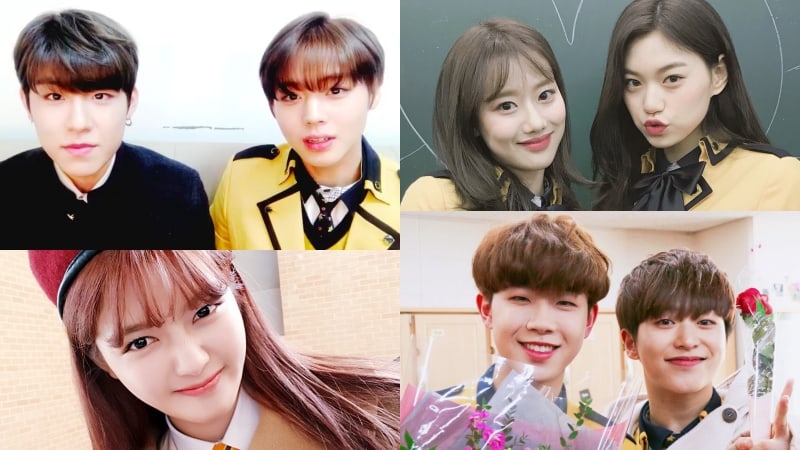 Including the several idols that graduated from the School of Performing Arts Seoul (SOPA), many stars celebrated their high school graduation on February 8!

Wanna One’s Park Ji Hoon graduated from SOPA and commented, “I am happy and honored to have become an adult and graduate high school. Thank you to the fans that congratulated me.”

When asked what he wants to do now that he is an adult, he shared, “I wanted to talk about becoming adults together with Woo Jin and the older Wanna One members, but we did that as soon as the year began, so I already achieved it.”

Wanna One’s Park Woo Jin graduated from Korea Art High School. He commented, “Thank you so much to everyone that congratulated me on graduating. I am happy to graduate, but as time passes, I think I will miss school. I want to really thank my homeroom teacher that has taken good care of me until now. I will show a more improved side of myself after graduating. To my parents also, I thank you and love you.”

After their graduations, the two members held a celebratory V Live broadcast to thank fans and express their thoughts. With the request of fans, they also switched school uniforms for a bit. 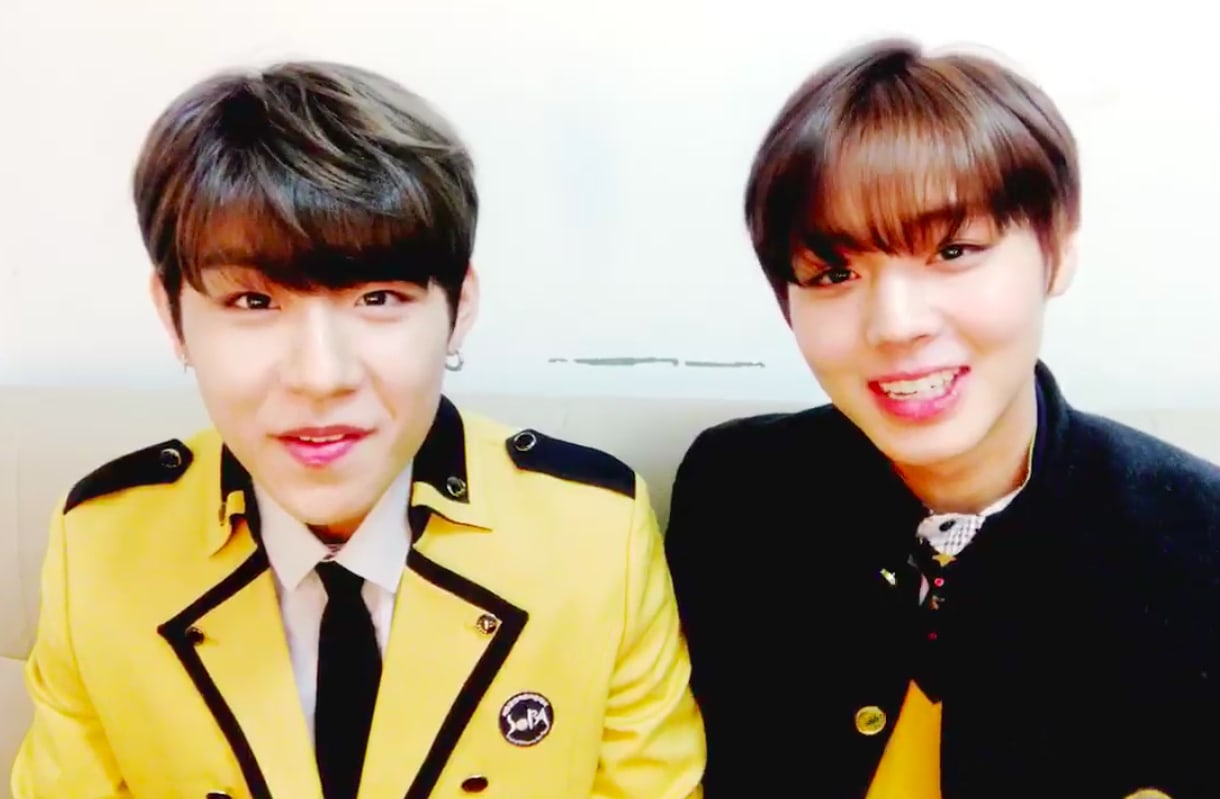 Weki Meki’s Kim Doyeon and APRIL’s Naeun both graduated from SOPA. Kim Doyeon shared, “I teared up at the thought of my school life ending today. I concluded my school life well while taking lots of photos with friends. Naeun said it hasn’t hit her yet that she graduated, and she expressed happiness at graduating together with friends.

Naeun also took to her Instagram, sharing photos which include a few with Kim Doyeon. She congratulated herself and added, “My precious people! Let’s become great people. Thank you so so much to my family and Fineapple who congratulated me.”

gugudan’s Mina, who also graduated from SOPA, revealed, “While listening to the speech of a classmate during graduation, a lot of memories came to mind, and I felt sad about saying goodbye and even shed some tears. However, I am very happy as I gained a lot at school and met a lot of great people.”

Actress Kim Yoo Jung graduated from the Goyang High School of Arts. Her agency Sidus HQ uploaded a photo of her at graduation and congratulated her.

NCT’s Mark commented before his graduation from SOPA, “High school life was very valuable. There is a lot I learned as a high school student, and I feel very thankful.”

Afterwards, he held a V Live broadcast at lunch with NCT members. He revealed that he had to wake up an hour early to get ready for graduation, but the members all got up together and got ready with him. Jaehyun commented, “We wanted to join him for his last trip to school.” 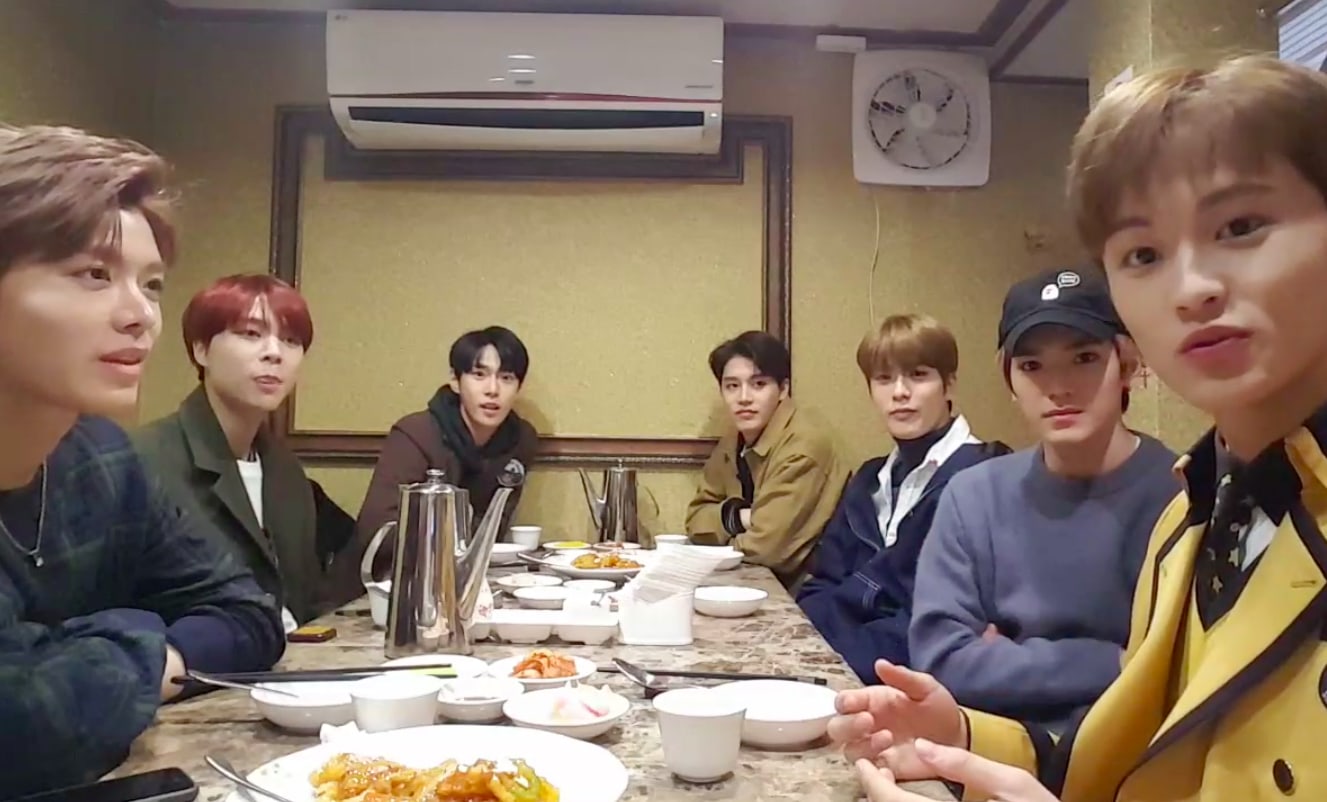 Oh My Girl’s Arin remarked, “As I am 20-years-old now, I want to grow into a more responsible adult. Thank you to everyone that sent support for my graduation, and I am thankful to my parents and Oh My Girl members. I don’t want to forget these memories.”

ONF’s Laun, who is also part of the final “MIXNINE” group, thanked everyone that congratulated him. He added, “During the graduation ceremony, the times until now seemed to flash by like a panorama. It hasn’t hit me yet that I graduated, but I want to grow into someone whose future will be more anticipated. I think I will really miss these moments later on.” Laun concluded by thanking his fellow ONF members who showed up to support his graduation and expressing his love towards his parents.

A few photos were released of ROMEO’s Kangmin also at SOPA graduation together with his members.

SF9’s Rowoon posted on Twitter to congratulate Chani on his graduation from SOPA. He wrote, “I cannot believe that our baby Chani is finally graduating. I am really sorry that I can’t be there today. You have done so well until now, so let’s continue to do well together. I love you Chani.”

Golden Child posted two photos of Donghyun from SOPA graduation. Their official Instagram account revealed that he was almost unable to attend due to a pre-recording for “M!Countdown,” but he was able to make it thanks to the help of many people.

A photo was also revealed of Yeoreum and Dayoung in their uniforms for the last time. Dayoung shared through an interview, “Yeoreum and I were picked up early and came to school. At the time, the other members were all in bed. It was a completely surprise visit. I was shocked and happy to see them in the classroom.”

PRISTIN’s Yehana revealed after her graduation from SOPA, “I still cannot believe that I have gone from my teens to my 20s and am now an adult. I will miss my school and friends.” She added, “Now that I have graduated, I feel like I have really become an adult. As I have become an adult, I will show responsible actions, and I will work hard to show good sides of myself.”

GOOD DAY’s Haeun graduated from Pangok High School. She wrote, “Everyone that congratulated me, my family, members, thank you all. My teachers and friends, I love you.”

Congratulations to all the graduates!