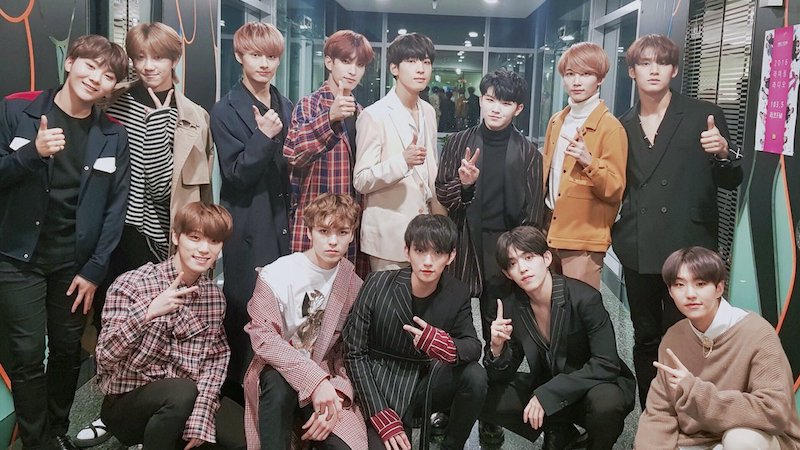 The 13-membered boy group recently came back with “Thanks,” which took over international iTunes charts. Woozi said, “We prepared this song because we wanted to express our gratitude to the fans.” 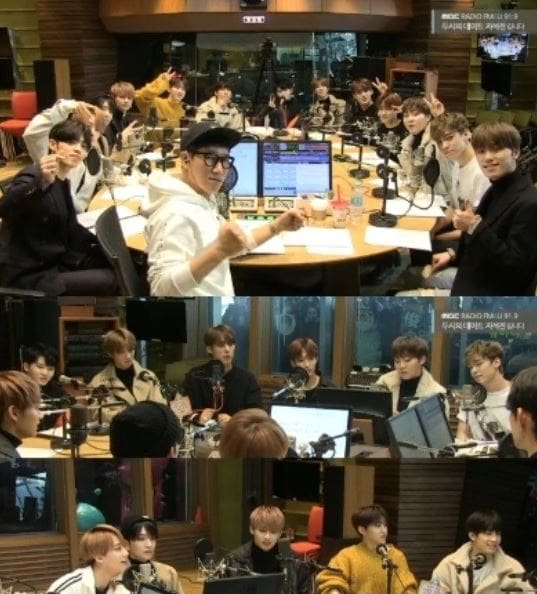 Jeonghan wanted to take this chance to thank fellow member DK, saying, “I play a lot of tricks on the younger members, especially DK. I want to tell him ‘Thank you for getting along with me.'” DK responded, “If we share a room at a hotel, he goes in there first, locks the door, and tells me he’ll open the door if I send him a video of myself acting cute.” The other members burst into laughter when Jeonghan replied, “It’s so cute when DK does ‘buing buing‘ in the hotel hallway.”

Member The8 also talked about learning martial arts. He said, “I learned martial arts when I was little, and I also learned how to use nunchuks for three months.” The members bore witness to his martial arts skills by unanimously agreeing, “If you see the video of The8 doing martial arts when he was four years old, he was flying around.” Radio host Ji Suk Jin asked him, “If you are given a nunchuck, will you be able to win against Kim Jong Kook?” The8 fervently shook his head and answered, “Kim Jong Kook isn’t human,” making everyone laugh at his honest remark. 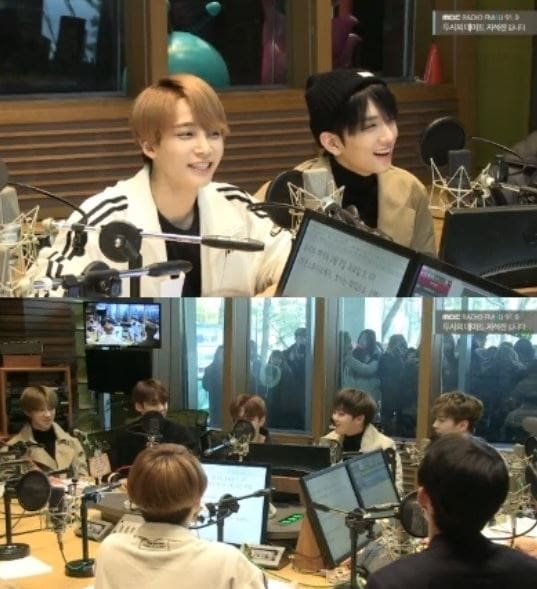 Another topic discussed on the radio show were the members’ similarities to other celebrities. DK shared that many people say he looks like actor Cho Seung Woo when he smiles. When asked if he gets tired of hearing that, the idol answered, “I admire Cho Seung Woo a lot, so I don’t get tired at all.” Vernon revealed a similarity he has with BIGBANG’s G-Dragon, saying, “I heard he likes to play omok [also known as gomoku] as well. I’d be grateful if he calls me to play with him next time.”

The youngest member Dino, who will turn 20 (by Korean reckoning) this year, also shared, “There were songs I wanted to hear but couldn’t because I was 19 and couldn’t be verified as an adult at the time. I’m very happy that I can listen to them now.”

Last but not least, SEVENTEEN promised they would handwrite letters and share them if they won first place on music shows.

SEVENTEEN
Ji Suk Jin's 2 O'Clock Date
How does this article make you feel?