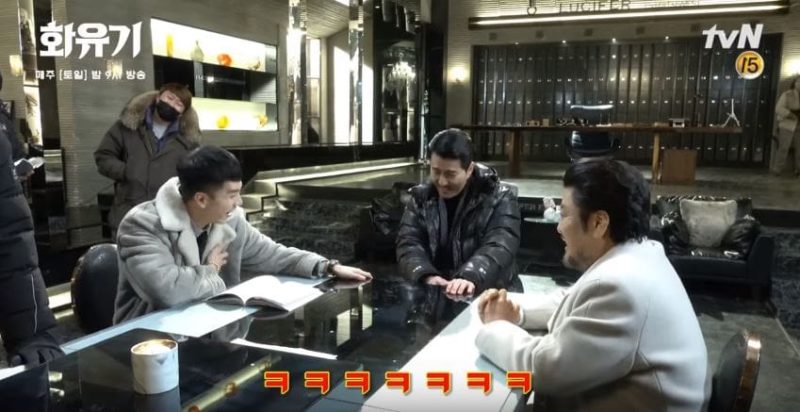 Watch: Lee Seung Gi And Cha Seung Won Engage In A Battle Of Humor Behind The Scenes Of “Hwayugi”

Lee Seung Gi and Cha Seung Won showed off their comical sides once again in a behind-the-scenes clip of “Hwayugi.”

Last but not least, Lee Seung Gi gets ready to film the scene where Lee Se Young bewitches him in his own lair. The two of them exchange ideas about how to portray the moment perfectly. He advises her, “Don’t think too much. You know what I mean, right? Even if you think about it, you won’t get an answer. Just be as sexy as you can.”

If you haven’t watched the first episode already, check it out!