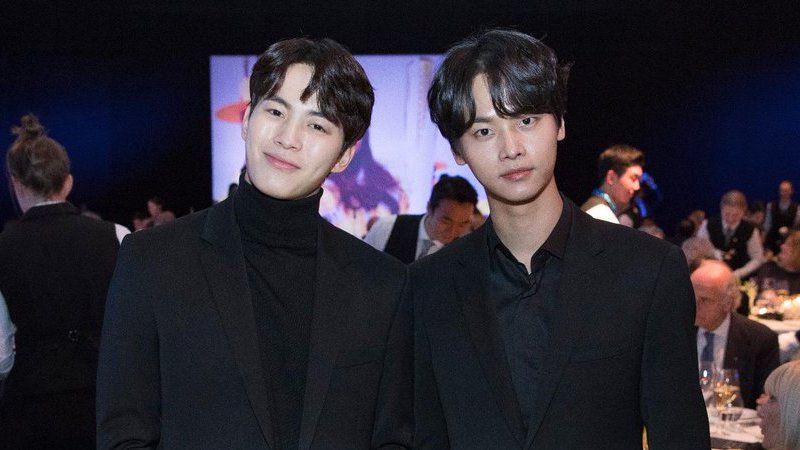 VIXX’s Hongbin and N had the honor of attending the International Olympic Committee (IOC) President’s Dinner!

The IOC President’s Dinner is an event that is held on the eve of the Olympic Games, and is a tradition that began in 2014. Hosted by IOC President Thomas Bach, the purpose of the dinner is said to demonstrate that the IOC is “reaching out to society at large and is looking forward to an open dialogue with the worlds of politics, business, the media, science and culture.” Attendees normally include people from many fields, such as state officials, decorated athletes, businessmen, and musicians.

The 2018 IOC President’s Dinner was held on February 8, the evening before the 2018 PyeongChang Winter Olympics is set to begin on February 9.

Hongbin and N were also invited to attend. VIXX had also been invited to perform during the IOC conference’s opening ceremony a few days prior, and members N and Leo were also torchbearers during this year’s Olympic Torch Relay.

N posted a photo from the night’s event, writing, “With Hongbin in PyeongChang.”

The Olympic Channel also shared a photo of the two idols from the night.

The 2018 PyeongChang Winter Olympics will take place on February 9 to 25.

VIXX
Cha Hak Yeon
Hongbin
How does this article make you feel?