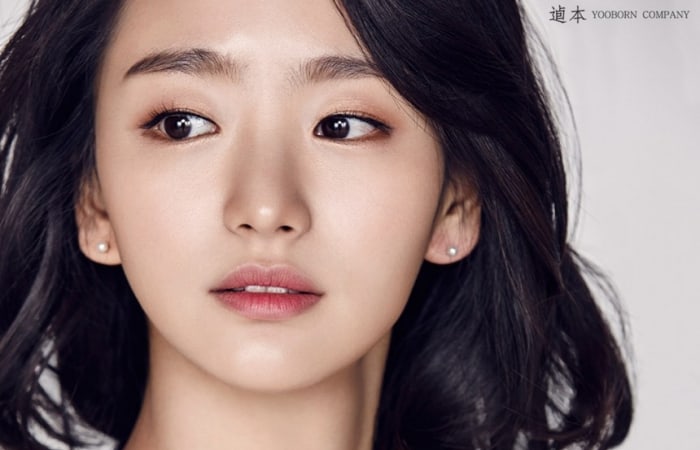 Actress Won Jin Ah shared her thoughts on being compared to a well-known actress, the beginning of her career, and the kind of actress she wants to become in the future in a recent interview.

Won Jin Ah has been described as “post-Soo Ae” for her resemblance to the veteran actress. She replied, “It’s so embarrassing, and I feel sorry and burdened. Soo Ae is an object of admiration and the epitome of beauty. I feel apologetic because I know that I will fall short.”

She continued, “I think people view me that way not because we look alike, but because of our facial expressions, the way we speak, and the mood in our voices. I am grateful that people look at me again because we look or don’t look alike. I think it’s because I haven’t shown a lot of myself yet. It makes me think that I should show more of who I am in the future.”

In contrast to her cute and youthful looks, Won Jin Ah has a low-toned voice. She commented, “To be honest, it was a complex. It was too low and the way I speak sometimes sounds angry. Many people are surprised when they hear me speak for the first time. Since it doesn’t match my appearance, there are people who think I’m doing it on purpose. But people tend to like this tone when I’m acting and say that it’s charming. I like my voice now.” 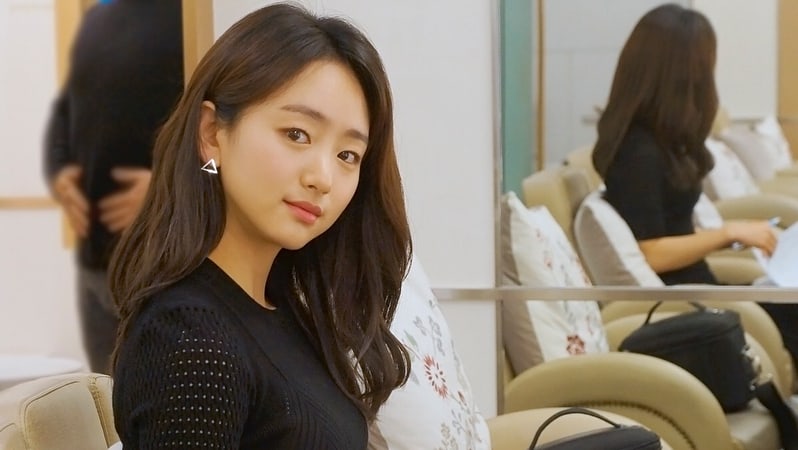 Won Jin Ah recently starred in JTBC’s “Just Between Lovers” as her first lead drama, but gained most of her footing in acting through films. Since 2015, she starred in short films “Catch Ball,” “Secondhand, Paul,” and “Bye Bye Bye.” The actress also played a minor role in director Kim Ji Woon’s film “The Age of Shadows.”

She explained, “I always wanted to be an actress. I’m the eldest child with two younger brothers, so it wasn’t a situation where I could ask my parents for things I wanted to do. My parents later said I didn’t have to contribute to the family and to pursue what I wanted to do, so I came to Seoul.”

It has now been about four years since Won Jin Ah came to Seoul with a dream and naive belief that everything would work out once she arrived to the capital city. She quickly learned that this was not the case and took up a part-time job in a movie theater to survive. Thankfully, she met many good people who helped her began her career as an actress.

Won Jin Ah explained, “While I was working part-time at a movie theater, I was given the chance to appear on an independent film. I’ve been lucky to have met good people. The staff asked me about my next project and continued to introduce me to independent films. I had heard that it was really difficult to audition for commercial films, but I even got the opportunity to audition. I did get rejected, but they hoped that I would meet a good agency and introduced me to trustworthy people. Thanks to them, I met my current agency’s CEO and joined the agency.”

Despite being signed to an agency, Won Jin Ah had to continue her part-time job at the movie theater. She stated, “The agency felt sorry, but if I don’t have a job at my age, isn’t it obvious for me to work a part-time job?” She then told the story of a time an ad she filmed came on the screen during her shift at the movie theater, but no one recognized her. 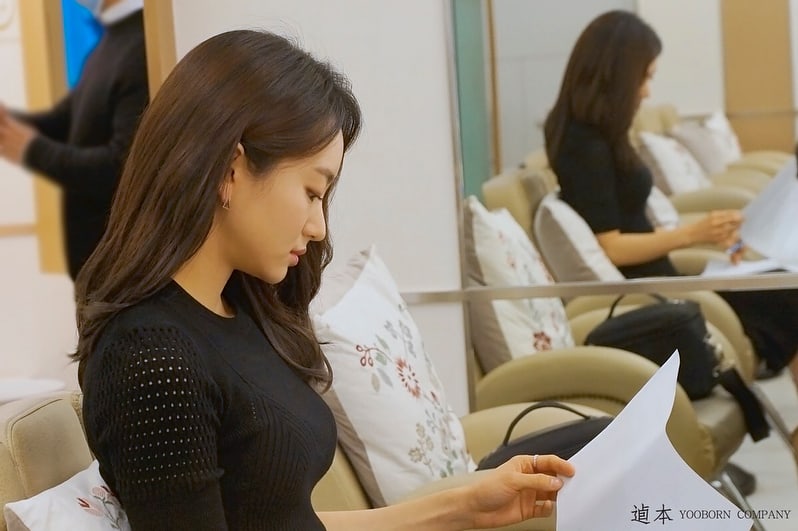 Her hard work paid off in 2017 when her acting was shown concurrently on TV and movie screens through the drama “Just Between Lovers” and the film “Steel Rain.”

In “Steel Rain,” Won Jin Ah portrayed an employee from the Kaesong Industrial Complex who got caught up in an incident in South Korea. She didn’t have a major role in the film, but worked alongside well-known actors such as Jung Woo Sung.

After the wrap of “Just Between Lovers,” Won Jin Ah then joined the cast of Ryu Jun Yeol, Yoo Ji Tae, and Jo Woo Jin for the film “Money.”

When asked about what she thought was a good actress, Won Jin Ah answered, “sincere acting.” She said that while filming “Just Between Lovers,” she could feel how all of the senior actors acted with their hearts. She added that the actors who viewers thought looked sincere on-screen, also gave off the same energy on set, and that was the kind of actress she wants to become.

“There are more parts of me that I haven’t shown versus what I have shown,” said Won Jin Ah. She concluded, “I will work hard to show you a more improved me. Even if I can’t do it right away, please give me criticism and look forward to me improving. I will work really hard.”

Check out Won Jin Ah in “Just Between Lovers” now!

Won Jin Ah
How does this article make you feel?