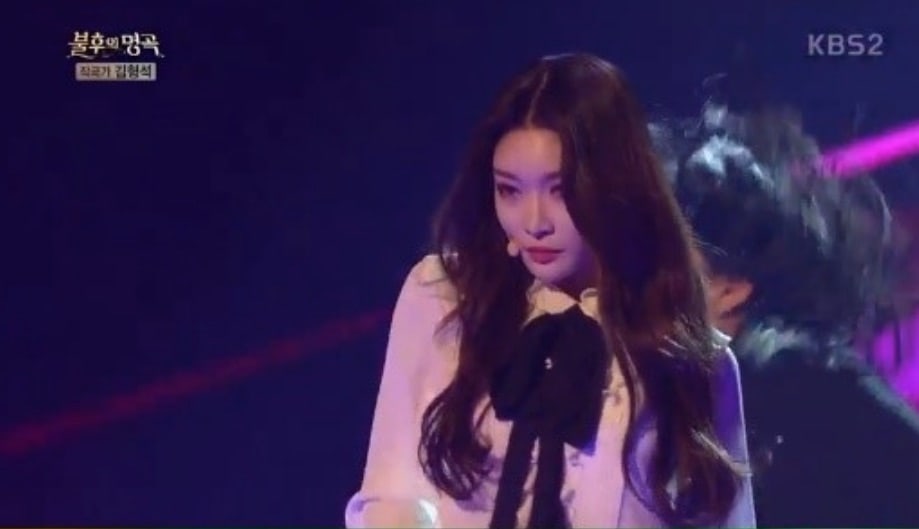 Watch: Chungha Stuns In A Captivating Performance On “Immortal Songs”

The February 10 episode of KBS2’s “Immortal Songs” featured the first face-off between Chungha and Jo Kwon.

With the clear intention of winning, Chungha put on a powerful performance of Baby V.O.X’s “Killer” and “Get Up.” Chungha captivated the audience with her flashy performance and strong charisma.

Moon Hee Jun, a member of the panel, praised Chungha after her performance. Lee Se Joon also acknowledged Chungha’s hard work as he commented, “There were two songs, but they came together naturally.”

Producer Kim Hyung Suk remarked, “She sang while dancing, but didn’t falter at all. I was so surprised because she showed a performance unlike a rookie.”

Check out Chungha’s awesome performance below!

You can watch “Immortal Songs” on Viki below:

Chungha
Immortal Songs
How does this article make you feel?