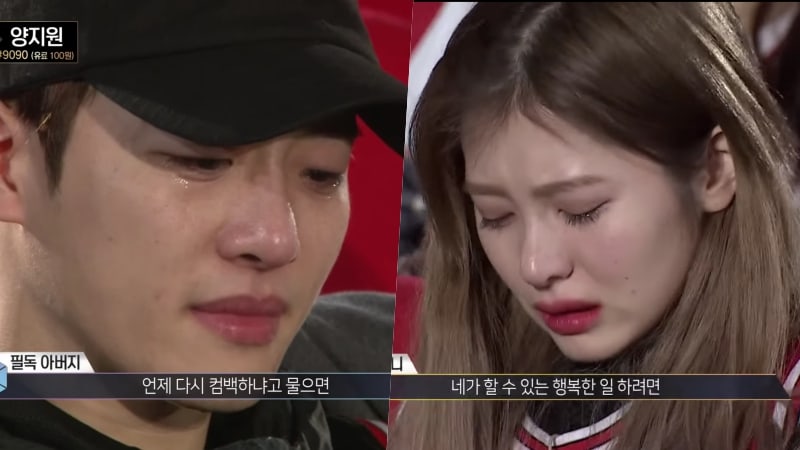 Watch: “The Unit” Contestants Break Down In Tears After Seeing Their Family’s Messages

The contestants of KBS 2TV’s “The Unit” shed tears after an emotional surprise during the final episode.

On the February 10 broadcast of the idol rebooting program, the remaining 36 contestants gathered in an auditorium while perparing for the live finale. They had initially arrived expecting to find out who had won the killing parts for their final performances. However, they were surprised when the screen began to play video messages from their family members instead.

The contestants teared up as they watched the heartfelt messages of love and support from their closest loved ones. The clips featured grandparents, parents, and siblings cheering on the finalists and speaking about the hardships the contestants had faced after their debut.

The final surprise came after the video, when the family members filed into the auditorium to greet their loved ones. The shocked contestants cried as they tearfully rushed into the arms of their families.

Check out the touching clips of the messages and the emotional reunion below!

You can also watch the finale of “The Unit” here: