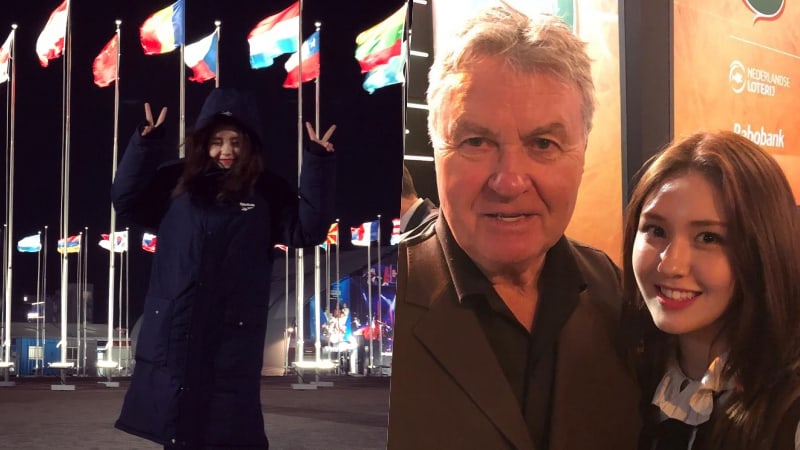 Former I.O.I member Jeon Somi has shared photos from her trip to the 2018 PyeongChang Winter Olympics!

On February 10, Jeon Somi posted a photo of herself with fellow Olympic spectator and world-renowned Dutch soccer coach Guus Hiddink, who famously led the South Korean team to the semi-finals of the 2002 World Cup.

Jeon Somi also posted several other photos of her trip to PyeongChang, along with a few cute videos of herself fooling around with her younger sister on their way there.

The idol wrote, “I went to PyeongChang today. It was so, so cold that I really, really, really almost died. Everyone, be careful not to catch a cold, and watch the Olympics!”

Jeon Somi
2018 PyeongChang Olympics
How does this article make you feel?